A Quarter Trillion Dollars In US Savings Was Just "Wiped Away" 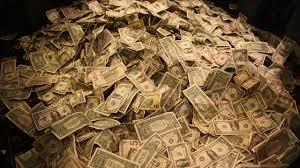 As part of its historical revision to GDP, the BEA also had to adjust personal income and spending, with the full results released in today's July report. What it revealed was striking: over the revised period, disposable personal income for US household was slashed cumulatively by over $120 billion to just under $14.4 trillion, while spending was revised higher by $105 billion, to just above $13.8 trillion. There were two immediate consequences of this result.

First, as the following table shows, while government pay has remained roughly flat over the past 3 years, growing in the mid-2% to mid 3% range, wages and salaries for private workers have been steadily declining as the blue line below shows, and after hitting a 4% Y/Y growth in February, wage growth has slumped to just 2.5% in June, the lowest since January 2014 when excluding the one-time sharp swoon observed at the end of 2016.

But a more troubling aspect of today's revision is what the drop in income and burst in spending means for the average household's bank account: following the latest annual revision, what until last month was a 5.5% personal saving rate was revised sharply lower as a result of the ongoing downward historical adjustment to personal income and upward adjustment to spending, to only 3.8%.

In dollar terms, this revision means that a quarter trillion dollars, or $226.3 billion, in savings was just "wiped away" from US households - if only in some computer deep in the bowels of the BEA buildings - who as a result have that much less purchasing power, and following the revision the total personal saving in the US as calculated by the BEA is now down to only $546 billion, down from $791 billion before the revision.

This means that either households will have to incur this much incremental debt to continue on the previous spending "trendline", or a quarter trillion in potential growth from the future economy (recall 70% of US GDP is the result of consumer spending), has just been chopped off.

For First Time in Millennia, Jewish Priests Will Undergo Training to Enter Temple's Holy of Holies


“Moshe called Mishael and Elzaphan, sons of Uzziel the uncle of Aharon, and said to them, “Come forward and carry your kinsmen away from the front of the sanctuary to a place outside the camp.” Leviticus 10:4 (The Israel Bible™)

For the first time in 2,000 years, a group of Kohanim (men of the Jewish priestly caste) living close to Jerusalem’s Old City are studying the relevant Jewish laws to be able to ascend the Temple Mount and enter the Holy of Holies, where God’s presence is said to dwell.

This development was initiated by Israel’s first responder organization ZAKA, based on a decision by the ZAKA Rabbinical Council following an event occurring during the three weeks of austerity leading up to the Ninth Day of Av: the July 14 Palestinian terror attack against Israeli police officers that left three dead (including the terrorist), the most powerful source of ritual impurity, on the Temple Mount, the holiest site in Judaism.

Horrific as the attack was, one Temple activist said it may have served a divine purpose. “When the Jewish people are not moving ahead quickly enough, God does something to force it upon us,” Yaakov Hayman, a prominent Temple Mount activist and expert, told Breaking Israel News. “When those Arabs did what they did, they created a new situation on the ground. We weren’t preparing for it, so something happened that forced us to deal with it.”

The “new situation on the ground” is that Kohanim, men descended patrilineally from Aaron the Priest, will now be trained for the first time in millennia to enter the area where the Holy of Holies once stood. Their purpose will not be to offer sacrifices or pray for the Jewish people, but to retrieve dead bodies should the need arise again.

The ZAKA council, headed by Rabbi Avigdor Nebenzahl, ruled that there is a religious obligation to remove every dead body from the Temple Mount – Jewish, non-Jewish and even terrorist – but that in certain situations, only Kohanim can do the job.

The training will require the revival of Torah laws “our people have [not] used for thousands of years, let alone on a yearly, monthly or daily basis, like most other laws,” explained ZAKA Chairman Yehuda Meshi-Zahav to Breaking Israel News.

“Har HaBayit (the Temple Mount) is the holiest place and there is a requirement that all ritually impure objects be removed as quickly as possible,” he continued. “So, in this case, the rabbis ruled that it is acceptable for a Kohen to become impure himself to remove something from the Temple Mount.”

Meshi-Zahav added that the ruling brought hopes of redemption. “Of course, we hope that by giving the Temple Mount the proper respect it deserves, we will bring about the Messiah. We want the redemption to come as quickly as possible.”

“There is certainly something interesting happening here,” Rabbi Ari Kahn, a member of the ZAKA Rabbinical Council and the head rabbi of the West Bank settlement Giv’at Ze’ev, said to Breaking Israel News.

Rabbi Kahn said there was “something natural” about watching rabbis rule on decisions they have not faced for hundreds and hundreds of years.

Due to the stringencies placed upon them, until now, Kohanim were not allowed to volunteer with ZAKA. Meshi-Zahav said the group is already in the process of hand-selecting these new first responders specifically tasked with Temple Mount duties. The members of the team of Kohanim will be “religious, God-fearing people, knowledgeable about Jewish law.” He noted that learning the laws pertaining to ascending the Temple Mount is not simple.

As one of the few ZAKA volunteers sufficiently familiar with Temple Mount laws, Joshua Wander was the first to go up after the July 14 attack. He pointed out the need to ZAKA for a Temple Mount team of volunteers able to cope with the halachot (Jewish laws) on the Temple Mount.

In Preparation Of the “ALIEN GOD” Arrival 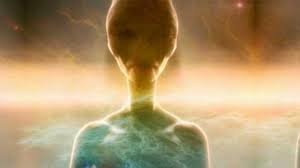 Consider that roughly 30 percent of Americans report they have felt in contact with someone who has died. Nearly 20 percent believe they have been in the presence of a ghost. About one-third of Americans believe that ghosts exist and can interact with and harm humans; around two-thirds hold supernatural or paranormal beliefs of some kind, including beliefs in reincarnation, spiritual energy and psychic powers.

These numbers are much higher than they were in previous decades, when more people reported being highly religious. People who do not frequently attend church are twice as likely to believe in ghosts as those who are regular churchgoers. The less religious people are, the more likely they are to endorse empirically unsupported ideas about U.F.O.s, intelligent aliens monitoring the lives of humans and related conspiracies about a government cover-up of these phenomena.

An emerging body of research supports the thesis that these interests in nontraditional supernatural and paranormal phenomena are driven by the same cognitive processes and motives that inspire religion.

Credit to skywatchtv.com/
http://skywatchtv.com/2017/08/01/preparation-daniels-alien-god-arrival-ufo-supernaturalism-increasingly-replacing-americans-christian-faith-skywatch-note-daniel-11-can-literally-interpr/
Posted by Unknown at 9:00 AM No comments: Links to this post

South Korea Is Preparing A "Surgical Strike" Against The North

It Is Becoming Extremely Hard To Ignore The Facts, The Economy Is Collapsing