Posted by Unknown at 6:00 PM No comments: Links to this post


On July 7th, the volcanic activity was strong around the world.


4 volcanic explosions have indeed been reported at Turrialba volcano in Costa Rica, at Mt. Alaid in the Kuril Islands, Russia, at Klyuchevskoy volcano again in Russia, and at Sinabung volcano on Java, Indonesia. Meanwhile the craters at Etna volcano are continuously evolving.
The Turrialba volcano explodes again.

The Turrialba Volcanow erupted on July 7, 2016 during 10 minutes. The explosion, at 6:57am local time, sent a plume of ash and gases to over 1,000 meters above the summit.


Volcanic tremors and ash emissions are still undergoing on July 8, 2016. The plume is drifting over more than 50 km in Valle Central. Ashfall has been reported in communities around San José.


An odor of sulphur was reported in the communities of tibás, Santo Domingo, curridabat, Coronado, Guadalupe.

Mount Alaid erupts in the Kurile Islands on July 7, 2016

Satellite data by KVERT show a strong thermal anomaly over the volcano since a week. On July 03-04 ash plumes drifted for about 150 km to the south-west from the volcano. The thermal anomaly seems to be more severe than during the previous phase of eruptive activity in March-May 2016.

The current thermal anomaly is almost certainly due to another phase of Strombolian activity of the new cinder cone at the summit crater and a lava flow effusing on the southwestern flank of Alaid. Recent photographs are needed to confirm this hypothesis.

The effusive-explosive eruption of the volcano continues. On July 6, 2016, strong explosions sent ash up to 7.5 km a.s.l. Dense ash plumes drifted for about 400 km to the southeast and east from the volcano on 06-07 July. The active lava flow on the eastern slope remains well alimented from the main crater.

At Sinabung, explosions are continuous, following each others almost every day. Here pictures from July 7th and 8th.

and here a video:
Meanwhile, the summit craters of Etna are continually evolving.
Finally, the Big Island is heating up, and The Maka Project has the aerial perspective!

http://strangesounds.org/2016/07/4-volcanic-explosions-on-july-7-2016-turrialba-costa-rica-alaid-russia-klyuchevskoy-russia-sinabung-indonesia.html
Posted by Unknown at 5:00 PM No comments: Links to this post By the end of this year “Voronezh aircraft factory” will give Russia’s Ministry of Defense an airborne command system based on the upgraded Il-96-400 military aircraft, the press service of the military reported.

“During this year, the factory is delivering to us a specialized airborne command system based on the Il-96-400. According to the plan, the contract for the AN-148 aircraft is being implemented,” military website RG.ru reported Deputy Defense Minister, Yuri Borisov, as saying.

Particular attention was paid for the preparation to begin production of the Il-112V light military transport aircraft.

“The plane is new and currently it is in development stage. In accordance with the decision of the supreme commander, its first flight should take place no later than in July 2017,” Borisov said.

The airborne command systems are being called “doomsday planes” because they are intended to assist the country and armed forces in case a nuclear war breaks out and there is massive destruction or contamination of ground command posts.

These aircraft are equipped with the necessary protection and communication systems, supplies of fuel and food. They also have resting areas and inflight refueling systems.

It is a backup control center in the event of a real emergency or the start of full-scale aggression against Russia.

“Today, it is difficult to predict how such a threat can manifest itself hence it is quite probable that a few airplanes are waiting at the bases, ready to go at moment’s notice in case of an emergency,” according to RIA columnist Alexander Hrolenko.

The strategic nuclear forces of Russia are actively being updated with the latest automated control systems. These systems allow missile launches and change in trajectory of missiles inflight.


Posted by Unknown at 4:00 PM No comments: Links to this post 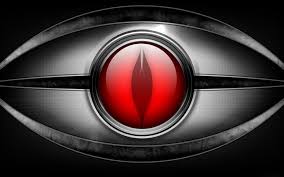 Google is planning to put “eyes in machines” and boost computers’ ability to automatically recognise people, places or objects.

The tech giant has just revealed plans to purchase a French firm called Moodstocks which builds software capable of working out what’s happening in a photo – a trick called image recognition.

This buyout is likely to conclude within weeks, although it’s not known exactly how much Google paid to buy the company.

“Ever since we started Moodstocks, our dream has been to give eyes to machines by turning cameras into smart sensors able to make sense of their surroundings,” the French firm wrote.

Google said it would use this system to help identity pictures so they can be easily found through a search engine.

But the development is likely to stoke privacy fears, as many people are concerned that allowing computers to “see” like humans will one day enable the construction of a surveillance state in which our every move can be monitored by governments, cops or corporations. The news comes just weeks after it was revealed that Facebook founder, Mark Zuckerberg, tapes over his MacBook camera and microphone.

These fears are now bubbling over into the real world. Earlier this week, a man allegedly threw Molotov cocktails at Google Street View cars parked outside its California headquarters.

Credit to The Sun
https://www.thesun.co.uk/news/1404903/google-reveals-plans-to-put-eyes-in-machines-as-digital-surveillance-fears-reach-boiling-point/

Why Do The Russians Understand Hillary’s Criminality More than the Average American?

Many Russian publications are in support of Putin’s call to indict Hillary Clinton for her criminal behavior. Why is the Russian media more truthful then CNN and FOX?
This publication goes to the point that the American media is more controlled than the Russian media. Did you ever think that was going to happen? Putin has threatened to release proof that the Russians have with regard to how criminal Hillary Clinton really is.
Below us a breakdown of the complicity of silence in the American media as it relates to Hillary Clinton. With Putin’s help, soon the world will know the type of criminal that this country is getting ready to elect to be the next President of the United States.

Civil Disobedience Is Mandatory When the Government Becomes Lawless

FBI Director, Comey, did the American a people a favor by his handling of the Clinton Affair.  He has awakened a sleeping giant. Americans everywhere will soon be practicing civil disobedience. The progress made by the NWO can be stopped in its tracks. The catch phrase, Just Say No, now applies to the criminal federal government.
Brexit can turn into AMEXIT!

Britain to send hundreds of troops to Russian border

The UK will deploy hundreds of troops in response to growing concerns over Russia’s presence on its border with the Baltic states, David Cameron is set to announce.

Defence Secretary Michael Fallon says 650 troops will be sent to eastern Europe to help Nato in its mission to “deter Russia from any further aggression”.

A battalion of 500 soldiers will be sent to Estonia while 150 troops will be based in Poland, Mr Fallon confirmed, with the UK assuming leadership of Nato’s standby force early next year.

He continued: “[Eastern Nato countries] feel enormous pressure from Russia doing large exercises on the border, flying over their airspace and so on.

“I think [President Putin] is flexing his muscles. He wants Russia to be treated as the world power it used to be and that’s why an alliance like Nato is very, very important, that we stand together.”

Mr Fallon added that the UK had a duty to “reassure those countries” of continuing Nato support.

Nato has reiterated its commitment to install four new battalions in eastern Europe, a promise made following Russia’s annexation of Crimea from Ukraine in 2014 which caused international outrage.

Obama Calls Putin "Will There Be War"?

As thousands of NATO troops gather on Russia's Baltic border, Angela Merkel yesterday blasted the Kremlin leader, claiming "trust had been lost" between herself and the Kremlin boss after he annexed Crimea in February 2014.

The German chancellor told her parliament Putin's lack of respect for "the validity of the law and the inviolability of borders" was of grave concern.

She said it was time for NATO's multinational military to show Eastern European states there was a "clear reassurance" that they would be protected from Russian "sabre rattling".

NATO leaders are expected to approve the deployment of up to 4,000 international troops in the Baltic states and Poland at a summit in Warsaw on Friday and Saturday.

But the ruthless Moscow leader has hit back at Merkel, warning Russia would defend itself in the face of "provocation" as the Kremlin stated it believed the number of troops massing on its border had "more than doubled" in recent months.

Canadian intelligence revealed Russia was preparing for full scale war as Putin said the world was descending into a new Cold War.


Credit to the express.co.uk