A Russian warplane flew within 50 feet of a US surveillance aircraft in Asia last week.

The US P-8 Maritime Patrol reconnaissance was conducting a routine mission in international airspace near the Kamchatka Peninsula on April 21.

But during the exercise, it was intercepted by an MiG-31 Russian jet - a supersonic jet, which is one of the fastest combat planes in the world.

It came just days after a Russian Su-27 barrel-rolled over an American RC-135 reconnaissance plane near the Baltic Sea on April 14 - a move deemed 'unsafe' by the Pentagon. The US P-8 Maritime Patrol reconnaissance, was conducting a routine mission in international airspace near the Kamchatka Peninsula on April 21 when it was intercepted by an MiG-31 Russian jet (file image pictured)

The Russian jet began its course on the left side of the American reconnaissance plane, then went over it while spiraling on itself and finished on the right side.

And on April 11, the Pentagon slammed Russia after two Su-24 aircraft came within feet of the USS Donald Cook, a missile destroyer.

Secretary of State John Kerry said the Navy ship could have opened fire on the Russian military jets that buzzed around it.

The altercations come as Russia increases its patrol of borders using attack submarines. 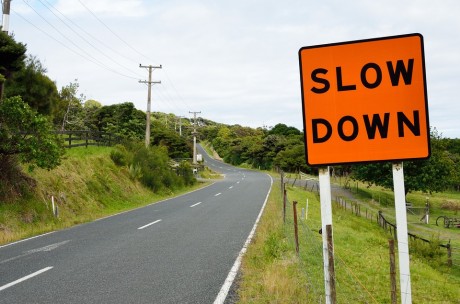 Even the government is admitting that the U.S. economy is slowing down.  On Thursday, we learned that U.S. GDP grew at just a 0.5 percent annual rate during the first quarter of 2016.  This was lower than analysts were anticipating, and it marksthe third time in a row that the GDP number has declined compared to the previous quarter.  In other words, GDP growth has been declining for close to a year now, and this lines up perfectly with what I have been saying about how the second half of last year was a turning point that plunged us into the early chapters of a brand new economic crisis.  And as you will see below, the official GDP number is highly manipulated, and the way that it is calculated has been changed numerous times over the years.  So the bad number that is being reported by the government is actually the best case scenario.
Of course many of the “experts” being quoted by the mainstream media are saying that this is just a temporary blip and that good times for the U.S. economy are right around the corner.  For instance, check out this quote from Reuters…

“The economy essentially stalled in the first quarter, but that doesn’t mean it is faltering,” said Joel Naroff, chief economist at Naroff Economic Advisors in Holland, Pennsylvania. “Some of the restraints to growth are dissipating. Growth is likely to accelerate going forward.”

We have been told this same story for years, but the “acceleration” has never materialized.  In fact, Barack Obama is poised to become the only president in U.S. history to never have a single year when the economy grew by more than 3 percent during his presidency.
That is a statistic that is hard to believe, but it is true.
In addition, Louis Woodhill has pointed out that the average rate of U.S. economic growth during the Obama years will be the fourth worst in recorded history…

So does anyone out there still believe that there has been an “Obama recovery”?
We also need to add another layer to our analysis.  By now, everyone should realize that the official GDP number is highly manipulated, and the way that GDP is calculated has been changed many, many times over the years.
For example, here is Peter Schiff commenting on changes that were made in 2013…

The latest example of this was revealed earlier this week when the Bureau of Economic Analysis (BEA) announced new methods of calculating Gross Domestic Product (GDP) that will immediately make the economy “bigger’ than it used to be. The changes focus heavily on how money spent on research and development (R&D) and the production of “intangible” assets like movies, music, and television programs will be accounted for. Declaring such expenditures to be “investments” will immediately increase U.S. GDP by about three percent. Such an upgrade would immediately increase the theoretic size of the U.S economy and may well lead to the perception of faster growth. In reality these smoke and mirror alterations are no different from changes made to the inflation and unemployment yardsticks that for years have convinced Americans that the economy is better than it actually is.

The way some parts of U.S. gross domestic product are calculated are about to change in the wake of the debate over persistently depressed first-quarter growth.
In a blog post published Friday, the Bureau of Economic Analysis listed a series of alterations it will make in seasonally adjusting data used to calculate economic growth. The changes will be implemented with the release of the initial second-quarter GDP estimate on July 30, the BEA said.

One of the changes that was made last year was intended to artificially boost GDP growth numbers for the first quarter of each year.
So without that artificial boost, what would the real number for the first quarter of 2016 look like?
John Williams of shadowstats.com tracks what the official government numbers would be if honest numbers were actually being used, and according to him U.S. GDP growth has been continuously negative since 2005.
But we certainly can’t have the press report those sorts of things.  If that were the case, then everyone would be talking about the “economic depression” that never seems to end.
Unfortunately, the truth is that we are in the midst of a long-term economic decline, and we can see evidence of this all around us.  For example, on Thursday we also learned that the rate of homeownership in the United States has fallen once again, and it is now hovering just 0.1 percent above the lowest level ever recorded in American history…

After gains in the second half of 2015, the homeownership rate fell to just 63.6 percent, seasonally adjusted, in the first quarter of this year, according to the U.S. Census Bureau. Homeownership hit a high of 69.4 percent in 2004, during one of the biggest housing booms in history. That was also when mortgage lending was arguably at its loosest level in history. The homeownership rate is now just one-tenth of 1 basis point higher than its all-time low in the second quarter of 2015.

For many more numbers that show that the U.S. economy has continued to decline, please see the following articles that I authored earlier this month…
#1 “Economy In Decline: Apple Reports Massive Revenue Decline As iPhone Sales Plummet Dramatically”
#2 “In 1 Out Of Every 5 American Families, Nobody Has A Job”
#3 “Stories Of Despair From The Forgotten People That The U.S. Economy Has Left Behind”
#4 “47 Percent Of Americans Cannot Even Come Up With $400 To Cover An Emergency Room Visit”
#5 “Corporations Are Defaulting On Their Debts Like It’s 2008 All Over Again”
Now that U.S. GDP growth has been steadily dropping for three quarters in a row, hopefully people will wake up and begin to realize what is happening.
We are entering very hard times, so now is not the time to go out and buy fancy new toys or to go into lots of debt.
Rather, this is a time to tighten our belts, batten down the hatches and prepare for rough seas ahead.
Sadly, most people continue to have blind faith that our politicians and the central bankers will be able to perform some kind of miracle to save us from what is coming.

Billy Graham's Daughter: God Is Turning Away From America And Leaving Us To Our Sins


Commenting on the moral state of America and God's judgment on sinful nations, evangelist Anne Graham Lotz, the daughter of pastor Billy Graham, said America is imploding "morally and spiritually," that God is removing His "blessing and protection" from us, leaving us to our sins, and that this encroaching judgment is evident in the chaos of the political scene, the economy, and even the weather.

"Romans 1 describes the type of judgment where we sin, and we refuse to repent of our sin, then He backs away from us," said Anne Graham Lotz in arecent interview on CBN News with host Mark Martin. "He removes Himself from us and He turns us over to ourselves. That’s what I think I see in America. I believe we’re entering into that phase of judgment, where God is backing away."

At the start of the interview Anne Graham Lotz said that she herself and all Christians need to take prayer very seriously and pray for the United States because, she added, the solution to so many problems is not political but spiritual.

“Our nation, Mark, is in a mess, and you and I know it," she said. "You probably know better than I do because you follow the news very closely. But it's unraveling. We're imploding, and morally and spiritually, first and foremost. And I believe this is the time for God's people to humble themselves, pray, seek His face, turn from our sin, that He would hear our prayer, forgive our sin and bless America."

"I don't think the solution is primarily political or social or racial or economical or military, or some of these other things," said Lotz. "I believe the solution will be found on our knees before God.” MARINE TRAFFIC*ALAMYTwo foreign warships were seen off the British coast

Two foreign naval ships were seen making a bizarre pattern around two miles from the Welsh coast for 12 hours late at night on Monday.

A Holyhead Coastguard spokesman confirmed the ships were seen sailing off Cilan Head near Abersoch, admitting he had "absolutely no idea what they are up to". 
A Chinese government offensive against civil society that campaigners describe as the worst in nearly three decades has intensified with Beijing’s approval on Thursday of a controversial new law that gives security forces control over foreign NGOs operating in the country.

Campaigners attacked the move as the latest phase of President Xi Jinping’s bid to rein in opposition to the Communist party. They said it represented a severe blow to non-profit groups involved in issues such as the environment, public health and education, as well as human rights.

Lu Jun, a well-known social activist who was forced to move to the US last year after his organisation was targeted by law enforcement, described the decision to give greater powers to police as a disaster.

Lu, whose group, Yirenping, has campaigned on health and employment issues, claimed Beijing was attempting to use the new legislation to neutralise foreign-supported groups that it suspected were attempting to destabilise the government. “They consider foreign NGOs and some domestic NGOs as a threat to their regime,” he said.