Scientists confirm that they have grown the first working 'mini-brains' in a dish which could provide future treatments for autism and epilepsy.The lab-grown organs have their own brain cells, formed into circuits similar to those of a two-month-old baby in the womb. Repots indicate that is the first time a human forebrain has been seen in action outside the body.

Despite ones position on these matters, the creation is scientifically thrilling nonetheless. The Daily Mail reports that scientists hope to use the mini-brains to watch in real time the triggers for epilepsy, when brain cells become hyperactive, and autism, where they are thought to form bad connections. Scientists have grown the first working 'mini-brains' in a dish which could provide future treatments for autism and epilepsy.

The brains in a dish are the latest advance for stem cell science. Human skin cells are transformed into pluripotent stem cells, capable of becoming any part of the body, using four genes in a petri dish. The 'culture', or nutrient-rich broth they are grown in, is then altered to determine which type of cell they will become – in this case brain cells, or neurons.

The result is a 60-day old forebrain like a baby's in the womb, although more scrambled in its connections. It includes the cerebral cortex, the most highly evolved 'thinking' and decision-making part of the brain.

It could pave the way for drugs to treat these conditions, as well as schizophrenia. It is also the next step towards a real-life Frankenstein, suggesting scientists may one day be able to grow an entire human body in the laboratory. Researchers at Stanford University grew two forebrain circuits, measuring only a sixteenth of an inch across, using only human skin cells.Then scientists at Harvard University went a step further, growing a mini-organ for more than nine months to create a human retina – the light-sensitive lining at the back of the eye.

Dr Selina Wray, Alzheimer's Research UK senior research fellow at UCL Institute of Neurology, said: 'This technology will provide researchers with insights into brain development and disease which have not previously been possible.'


'We've never been able to recapitulate these human-brain developmental events in a dish before.

Dr Francois Guillemot, group leader and head of division of molecular neurobiology at the Francis Crick Institute in London, said the 'self-organising' ability of stem cells to become brain cells was 'remarkable'.


He said: 'I would not call these studies game-changers because previous organoid papers had already hinted at this. However they represent large steps forward. This is after all the first time that human neural circuits can be observed in action.'

Back in 2013 a similar scientific breakthrough made headlines. That research however, seems to have been a long way from the working "mini brains" scientists at Harvard University have just revealed.

See more at: http://www.trunews.com/article/first-working-mini-brains-in-a-dish#sthash.wb9jMBNu.dpuf
Posted by Unknown at 4:00 PM No comments: 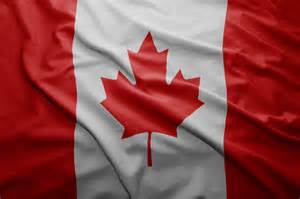 After two years of recurring warnings (both on this website and elsewhere) that Canada's largest alternative (i.e., non-bank) mortgage lender is fundamentally insolvent, kept alive only courtesy of the Canadian housing bubble which until last week had managed to lift all boats, Home Capital Group suffered a spectacular spectacular implosion last week when its stock price crashed by the most on record after HCG revealed that it had taken out an emergency $2 billion line of credit from an unnamed counterparty with an effective rate as high as 22.5%, indicative of a business model on the verge of collapse .
Or, as we put it, Canada just experienced its very own "New Century" moment.

Canada’s banking industry regulator, the Office of the Superintendent of Financial Institutions (OSFI), has gathered data from other financial institutions this week, both to monitor for signs of a broader depositor panic and to track where funds are moving as they leave Home Trust.

OSFI sent an urgent request Wednesday to several smaller and mid-sized financial institutions and credit unions to provide the regulator with up-to-date information about their savings accounts, according to a source. Specifically, OSFI wanted to know the institutions’ most recent account totals for high-interest savings accounts, as well as data on recent redemptions and current levels of high-quality liquid assets.

The request, which the OFSI said had to be fulfilled "as soon as institutions are able", is seen as an attempt to take the pulse of the market by tracking where deposits flowing out of Home Capital may be going, and to gauge whether there is any contagion among other institutions. In recent days, some smaller and mid-sized institutions have also struck up early-stage discussions about whether multiple institutions could join together to explore a deal to buy some of Home Capital’s assets.
As for Canada's big banks, they have already decided that HCG won't survive. Several months ago, Canaccord Genuity Group Inc. told its financial advisers they could no longer steer investors to high-interest savings accounts at Home Capital or rival alternative mortgage lender Equitable Bank. Client money already placed with either bank had to be moved within 60 days.
Then, after Home Capital revealed in March it was under investigation by the Ontario Securities Commission over its disclosure practices, Canadian Imperial Bank of Commerce introduced a cap of $100,000 per client for purchases of Home Capital guaranteed investment certificates (GICs), which is the maximum level covered by Canada’s deposit insurer.
A spokesperson from Royal Bank of Canada said that, “several weeks ago” the bank introduced a $100,000 cap on Home Capital GICs bought through a full-service broker, although there were no limits for purchases through the firm’s discount brokerage. On Thursday, RBC also released the following entertaining price target scenario: it still has a price target of $8 but fear not, even if RBC is wrong, it promises at least $4/share in residual value. We are not quite as optimistic.

Additionally, late last week, Bank of Nova Scotia said it would stop selling all GICs sold by Home Trust, but said Monday that policy was amended to a limit of $100,000. Bank of Montreal’s brokerage unit also confirmed it has a $100,000 limit on Home Trust GICs but would not say when it went into force.
As G&M adds, the OSC news shook investors, but the panic was heightened as news of the banks' moves to cap investor deposits slowly seeped through Bay Street in subsequent days, raising concerns that major financial institutions were pulling away from Home Capital.
Credit to Zero Hedge

Posted by Unknown at 1:00 PM No comments:

In a rare comment on the deteriorating North Korean situation, outspoken Philippine president Rodrigo Duterte urged the US to show restraint after North Korea's latest missile test and to avoid playing into the hands of leader Kim Jong Un, who "wants to end the world". The notoriously blunt Duterte said on Saturday that the Southeast Asia region was extremely worried about tensions between the United States and North Korea, and said one misstep would be a "catastrophe" and Asia would be the first victim of a nuclear war.
"There seems to be two countries playing with their toys and those toys are not really to entertain," the president said quoted by Reuters during a news conference after the ASEAN summit in Manila, referring to Washington and Pyongyang. “One miscalculation of a missile, whether or not a nuclear warhead or an ordinary bomb, one explosion there that would hit somebody would cause a catastrophe."

Duterte also warned the United States, Japan, South Korea and China that they are sparring with a man who was excited about the prospect of firing missiles. Duterte's speech, which was delivered in his capacity as chairman of ASEAN, was due to speak by telephone to U.S. President Donald Trump later on Saturday. He said he would urge Trump not to get into a confrontation with Kim.
"You know that they are playing with somebody who relishes letting go of missiles and everything. I would not want to go into his (Kim's) mind because I really do not know what's inside but he's putting mother earth, the planet to an edge."

Ahead of his phone call with the US president, Duterte appealed to Trump saying it was incumbent upon the US as the a responsible country to not rise to Kim's provocations. He said he was sure Trump had cautioned his military not to allow the situation to spiral out of control; what Duterte may have ignored is that it may be precisely Trump's intent to provoke Kim into a first move, giving the US a carte blanche to retaliate.  "Who am I to say that you should stop? But I would say 'Mr. President, please see to it that there is no war because my region will suffer immensely'," Duterte said. "I will just communicate to (Trump), 'just let him play... do not play into his hands'."
He added: "The guy (Kim) simply wants to end the world, that is why he is very happy. He is always smiling. But he really wants to finish everything and he wants to drag us all down."

Ironically, Duterte has joined China and Russia in pleading with the leaders of North Korea and the U.S. to tone down their nuclear brinksmanship, even as he agreed with Japanese Prime Minister Shinzo Abe that negotiations to end the standoff would be useless.