No matter of the age the people is tired !!!!
Amazing video. 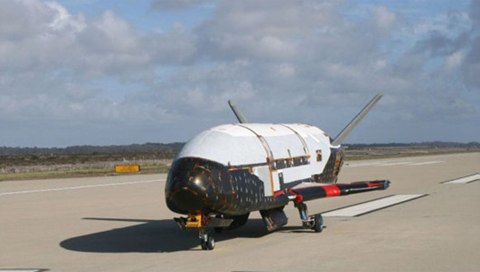 China is making progress in building an "upper-atmosphere" jet fighter, an official said last week, adding to a flurry of speculation about China's growing air power. Hong Kong's Ming Pao daily on Tuesday said Shaanxi TV last Saturday quoted acting provincial governor Zhao Zhengyong as saying China has "succeeded in the test flight of a prototype aircraft that can fly through the atmospheric layer." Zhao was visiting a state-run aircraft corporation at Xi'an high-tech industrial development zone. The channel showed images of a prototype space fighter being assembled whose outward appearance was almost identical to a U.S. pilotless upper-atmosphere military spaceship, the X-37B, the daily said. hostgator coupon 2011
Posted by Unknown at 6:03 PM No comments:


“Well, the surprise is going to be how high the price of oil stays and how high it goes, because Justin [Rowlatt] we have had no major elephant [field] oil discoveries in over 40 years, The International Energy Agency is going around the world pleading with people to listen. Known reserves of oil are declining. It is not good news. Unless somebody discovers a lot of oil very quickly, prices are going to go much higher over the next decade.”

NEW YORK (CNNMoney) -- The amount of U.S. debt subject to the country's legal maximum has topped $14 trillion for the first time.
On Wednesday, the amount of debt subject to the cap hit $14.001 trillion at the close of trade, according to the daily Treasury statement released on Thursday.
That means the country is less than $300 billion away from the $14.294 trillion debt ceiling, which is a cap on how much the federal government can legally borrow.
The debt ceiling has become a focal point of the debate over spending and debt. Even though congressional leaders say the cap will be raised, Republicans are vowing to use the issue as leverage to force spending cuts.
The Treasury Department estimates that borrowing could reach the cap sometime between March 31 and May 16, according to a letter Treasury Secretary Timothy Geithner sent to Congress earlier this month.
Debt ceiling: Geithner won't let U.S. default
While Treasury has certain measures it can take to postpone a breach from occurring, Geithner said they would only last "several weeks."
He urged lawmakers to act soon to raise the ceiling, warning that failure to do so would be disastrous for the economy and for Americans.
Although the debt ceiling has never been reached -- so it's impossible to say definitively what would happen if it were -- budget and debt experts warn that no good can come of it.
Debt ceiling: What you need to know
If U.S. borrowing hits the ceiling and lawmakers fail to raise it, Treasury would be prohibited from borrowing more money. Barring immediate and draconian policy changes, the country would be unable to pay its bondholders or fund programs and benefits in full. That's because there wouldn't be enough tax revenue coming in to cover all of the country's bills.
Experts say the cascade effect would be crippling not only to the U.S. economy but very likely to economies and markets worldwide.


JP Morgan is the largest processor of food stamp benefits in the United States.  JP Morgan has contracted to provide food stamp debit cards in 26 U.S. states and the District of Columbia.  JP Morgan is paid for each case that it handles, so that means that the more Americans that go on food stamps, the more profits JP Morgan makes.  Yes, you read that correctly.  When the number of Americans on food stamps goes up, JP Morgan makes more money.  In the video posted below, JP Morgan executive Christopher Paton admits that this is “a very important business to JP Morgan” and that it is doing very well.  Considering the fact that the number of Americans on food stamps has exploded from 26 million in 2007 to 43 million today, one can only imagine how much JP Morgan’s profits in this area have soared.  But doesn’t this give JP Morgan an incentive to keep the number of Americans enrolled in the food stamp program as high as possible?
There are just some things that are a little too “creepy” to be “outsourced” to private corporations.  The JP Morgan executive in the interview below does his best to put a positive spin on all this, but it just seems really unsavory for a big Wall Street bank to be making so much money off of the suffering of tens of millions of Americans….