Ciclon Yasi category 5 to hit Australia, more water for them......


This video is dated JULY 31 of 2010.
GOD told Dr Owuor that the water will fall over Australia if they dont repent.....


hostgator coupon 2011
Posted by Unknown at 12:05 PM No comments: Links to this post

Brent crude jumps above US$100 on Egypt anxiety

NEW YORK — Brent crude oil prices jumped above US$100 a barrel for the first time since 2008 on Monday as concern that unrest in Egypt could spread to Middle East oil producing countries or disrupt Suez Canal flows resurfaced.
Egyptian President Hosni Mubarak overhauled his government on Monday to try to defuse a popular uprising but angry protesters rejected the changes and said he must surrender power. The Suez Canal continues to operate normally.
Prices were choppy earlier on Monday, with traders reassessing Friday’s price surge after fears over contagion failed to materialize at the weekend.
OPEC Secretary General Abdullah al-Badri said on Monday the producer group would boost oil supply in the event of a real shortage, but did not expect current unrest in Egypt to affect Suez Canal or the Sumed pipeline oil flows.
Cold weather supporting heating fuel demand and supportive economic data from the United States in the form of better Midwest factory activity and firmer consumer spending also helped lift oil prices.
In London, ICE Brent crude for March LCOc1 rose 53 cents to US$99.95 a barrel, at 11:45 a.m. EST (1645 GMT), after pushing as high as US$100.25 a barrel, the first time above prices have been above US$100 since October 2008.
U.S. crude oil for March delivery CLc1 rose 70 cents to US$90.04 a barrel, having traded from US$88.40 to US$90.87, slightly narrowing the near-record discount versus Brent.
Reuters 2011


hostgator coupon 2011
Posted by Unknown at 12:01 PM No comments: Links to this post 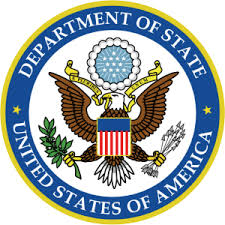 Hillary Clinton is convening an unprecedented mass meeting of US ambassadors.


The top envoys from embassies consulates and other posts in more than 180 countries will be gathering at the State Department beginning on monday.


The officials say is the first of such global conference, I wonder the reason should be a GLOBAL MATTER......for such a big event.


You can read more at FOX:
http://www.foxnews.com/politics/2011/01/31/clinton-convenes-mass-meeting-ambassadors/

hostgator coupon 2011
Posted by Unknown at 9:00 AM No comments: Links to this post

A top Iranian military official warns extra-regional forces that their movement in the Persian Gulf is closely monitored by the country's naval forces.


Chairman of the Joint Chiefs of Staff of Iran's Armed Forces Major General Hassan Firouzabadi said Monday that the Iranian Navy is stationed in the region and controls the passage of warships.

"The arrival of American, British, French and Russian warships to the Persian Gulf has for years been a routine [matter] and shows their greed for our oil resources," he was quoted as saying by Fars News Agency.

Reminding that the Persian Gulf is considered Iran's southern coast, Firouzabadi said that Iran probes every ship, which intends to sail in these waters, and only allows them passage after documenting their details.

There are currently over 31 warships docked in the Persian Gulf and the Sea of Oman, nineteen of which belong to the United States.

The nuclear-powered super carrier the USS Abraham Lincoln and the USS Harry S. Truman Carrier Strike Group are the two well-known US warships in the region.

Last year, the Iranian Navy unveiled its first domestically-manufactured destroyer, Jamaran, in the waters of the Persian Gulf.

The 1,420-ton destroyer, equipped with a variety of anti-ship and surface-to-air missiles, is patrolling the southern waters of the Persian Gulf.

In September, top military adviser to the Leader of the Islamic Revolution, Brigadier General Yahya Rahim-Safavi, said US warships in the Persian Gulf waters are within the reach of the country's defense systems.

He said that Iran's 2,000-kilometer-long coastal strip along the Persian Gulf allows the country to target any hostile navel activity in the area.

hostgator coupon 2011
Posted by Unknown at 8:55 AM No comments: Links to this post