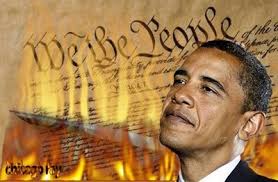 EXECUTIVE ORDER
BLOCKING PROPERTY OF THE GOVERNMENT OF THE RUSSIAN FEDERATION RELATING TO THE DISPOSITION OF HIGHLY ENRICHED URANIUM EXTRACTED FROM NUCLEAR WEAPONS
By the authority vested in me as President by the Constitution and the laws of the United States of America, including the International Emergency Economic Powers Act (50 U.S.C. 1701 et seq.) (IEEPA), the National Emergencies Act (50 U.S.C. 1601 et seq.) (NEA), and section 301 of title 3, United States Code,
I, BARACK OBAMA, President of the United States of America, in view of the policies underlying Executive Order 12938 of November 14, 1994, and Executive Order 13085 of May 26, 1998, and the restrictions put in place pursuant to Executive Order 13159 of June 21, 2000, find that the risk of nuclear proliferation created by the accumulation of a large volume of weapons-usable fissile material in the territory of the Russian Federation continues to constitute an unusual and extraordinary threat to the national security and foreign policy of the United States, and hereby declare a national emergency to deal with that threat.
Here is the link:
http://www.whitehouse.gov/the-press-office/2012/06/25/executive-order-russian-highly-enriched-uranium
Posted by Unknown at 5:00 PM