As Russian, Israeli and Saudi leaders discussed the ramifications of the Arab uprising in Moscow and US Defense Secretary Robert Gates talked to Israeli military chiefs in Tel Aviv, the Palestinian Hamas continued to escalate its missile offensive on Israeli cities. Thursday, March 24, heavy Grad missiles hit the towns of Ashdod and Ofakim making it the worst day of a bad week, with schools in the southern half of Israel shutting down one by one and bomb shelters being opened.
In Moscow, DEBKAfile's exclusive sources report that Russian Prime Minister Vladimir Putin was working to set up a discreet meeting between two visitors – Israeli Prime Minister Binyamin Netanyahu and Saudi Foreign Minister Prince Saud Al-Faisal, failing which he will try and bring the Saudi Intelligence chief Prince Muqrin bin Abdulaziz, who arrived with the foreign minister, together with the Israeli leader.
Muqrin has met Israeli leaders in secret before, including the former Prime Minister Ehud Olmert.
According to our sources, the prospect of this landmark meeting was Netanyahu's pretext for rebuffing the rising domestic clamor to let the IDF give the Palestinian Hamas its deserts for the war it has unleashed against the Israeli civilian population.
The very defense and military officials who keep on telling the public, against all the evidence, that Hamas realy wants calm restored, have given a quite different picture to the prime minister and defense chiefs. The radical Palestinian rulers of Gaza are in fact raising the stakes, they say, and hoping to goad Israel into an extreme response in the belief that a war clash with Israel will elevate the Gaza Strip to the same regional level as the war in Libya and the Arab uprisings, especially in Yemen and Bahrain.

They also believe it will help Syrian president Bashar Assad, who hosts a Hamas center in Damascus, by distracting attention from the bloodbath he is inflicting on protesters against his repressive regime.

Thursday, Syrian soldiers were reported to have shot 100 protesters dead in the southern town of Deraa. At some point, the West which is punishing Muammar Qaddafi for killing his own people might also take notice of Assad's actions against his.

Netanyahu's military chiefs have explained to him that abstention from a military operation against Hamas could be interpreted by the Syrian ruler as an Israeli signal of willingness to go an extra mile for the sake of peace talks.
DEBKAfile's Jerusalem and Moscow sources note that this is the point at which Israel's declining security situation becomes relevant to a possible Israeli-Saudi dialogue.

Neither Jerusalem nor Riyadh is at ease with the US role in favor of the popular uprisings against veteran Arab regimes – and most particularly the US-UK-French military intervention in Libya. Both find this policy detrimental to the national and security interests of America's foremost Middle East allies.

They also share resentment for the benefits accrued from this wave of unrest by Tehran and the effect it has had to turn world attention away from its progress toward manufacturing a nuclear bomb.
The Saudi king and Israeli prime minster are apprehensive, on the strength of their intelligence input, that Iran will eventually seize control of the popular uprisings in Arab lands, especially Egypt.

Riyadh alone took a substantial precautionary step against this menace by sending military units into the Bahrain on Feb. 14 to pre-empt the Iranian-backed Shiite threat to King Hamad bin Isa Al Khalifa and the tiny kingdom's financial and oil assets at the back door of the rich eastern Saudi oil center.

Israel's leaders in contrast have never struck any position or policy with regard to the turbulence around its borders, ignoring the perils they pose to its security.

Netanyahu's trip to Moscow, which opposes the US-British-French operation in Libya, is his first attempt to explore a diplomatic option outside Israel's alliance with the United States. The Russians, the Saudis and the Israelis too see advantages in discussing such options and testing new paths of cooperation to renew the direct exchanges Riyadh and Jerusalem maintained in the past through back channels on the Iranian issue.
It is therefore not surprising to find US Defense Secretary Robert Gates arriving in Israel Thursday. He flew in from Cairo after talks with Egyptian military leaders about possible military participation in the coalition campaign against Muammar Qaddafi. In his talks with Israeli defense and military chiefs, Gates will no doubt stress the importance to Israel's security of the strong ties between Jerusalem and Washington.

hostgator coupon 2011
Posted by Unknown at 3:00 PM No comments: Links to this post

REVEALED — The left´s Economic Terrorism Playbook: The Chase Campaign by a coalition of unions, Community Groups, Lawmakers and students to Take Down US Capitalism 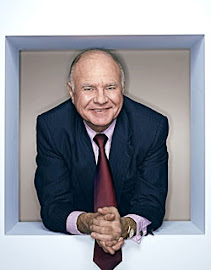 Marc Faber : “The annual cost of living increases are more than 5% today and the Bureau of Labor Statistics is continuously lying about the inflation rate, including Mr. Bernanke. He’s a liar. Inflation is much higher than what they publish.I think that inflation is between 5% and 8% per annum in the US, and in Western Europe, a little bit lower, also 4-5% per annum.”..Marc Faber estimates that inflation in the US was currently Is Running Up To 8 per cent , and between 4 and 5 per cent in Europe. Marc Faber believes that Pakistan may be the next to fall into chaos after Tunisia and Egypt :
"You may not have a problem in Saudi Arabia and in the Emirates, in Kuwait and Qatar, because there the governments can heavily subsidize food if they want to. But I am worried that what has happened in Egypt will happen in Pakistan... I think Egypt is a reminder to people that politics, and social events, and geopolitics have a meaningful effect on asset markets. The developed markets have way outperformed, and now I think that it may be a wake up call that the US outperforms emerging economies for a while."
in CNBC

Extreme radiation detected at No.2 reactor

Tokyo Electric Power Company says it has detected radioactive materials 10-million-times normal levels in water at the No.2 reactor complex of the Fukushima Daiichi nuclear plant.

The plant operator, known as TEPCO, says it measured 2.9-billion becquerels of radiation per one cubic centimeter of water from the basement of the turbine building attached to the Number 2 reactor.

The level of contamination is about 1,000 times that of the leaked water already found in the basements of the Number 1 and 3 reactor turbine buildings.

These substances are emitted during nuclear fission inside a reactor core.

The company says the extremely contaminated water may stem from damaged fuel in the reactor, and are trying to determine how the leakage occurred.

University of Tokyo graduate school professor Naoto Sekimura says the leak may come from the suppression chamber of the Number 2 reactor, which is known to be damaged. The chamber is designed to contain overflows of radioactive substances from the reactor.

hostgator coupon 2011
Posted by Unknown at 7:42 AM No comments: Links to this post