It’s COMING Ready Or Not! The Trigger Event President Eisenhower’s Farewell Address: “Beward of the Military-Industrial-Complex. Its influence is unprecedented and unwarranted.”
The number one enemy of President-elect Trump is the military-industrial complex. They select the Presidents’ and when they disapproave of President, they act some kind of Pretorian Guard and unselect them with extreme prejudice.
Credit to Common Sense

Police in Belgium are probing the suspicious circumstances surrounding the death of a high ranking NATO official - the auditor general, whose responsibilities included probing terror financing - after his body was discovered in his car with a gunshot wound to the head.

As SudInfo reports, troubling elements accumulate around the death of Yves Chandelon, a senior official of the NATO based in Luxembourg, who lived in Lens, near Tournai.

The man was found dead on Friday in Andenne, with a bullet in his head. An autopsy was performed on Tuesday. The family does not believe it was suicide as many have reported.

Did Yves Chandelon have any enemies? Was he threatened in the course of his work in NATO? Was it an odious crime made to look like suicide, or did the man go through a troubled period? For his relatives, the incomprehension is total.

The 62-year-old auditor general of NATO was found in the Belgian town of Andenne, 62 miles away from his home and office in Lens on December 16. As The Express reports,

As Auditor General, Mr Chandelon was responsible for internal accounting at NSPA as well as external investigations into money laundering activities and terrorist financing - and more bizarrely it has been reported locally that the gun which killed him was found in the glovebox of the vehicle.

According to local newspaper reports Mr Chandelon was the registered keeper of three weapons however the gun found at the scene did not belong to him, it has been claimed.

Police are currently probing whether he had received any threats that could be related to his work and highlighted that the gun used was not registered in his name.

According to Flemish newspaper 'The Morning', Mr Chandelon's relatives said he attended his office Christmas party the night before he died.

Reporting gets even more confusing as LaMeuse carried two reports with additional facts about Chandelon’s death. The first stated that a “farewell letter” was found in Chandelon’s car. The secondstated that the gun used in the apparent suicide was found in his right hand, despite the fact that Chandelon was left-handed.
Credit to Zero Hedge

Three Christians were stabbed by the mujahideen in Langeborgne, Switzerland on Christmas morning.

The Christians were attempting to go to church to celebrate the birth of our Lord Jesus.

Christians were attacked with cold steel — always the weapon of Islam — for going to Mass this Sunday morning at Our Lady of Longeborgne, Brumous.

On the social networks, eyewitness reports speak of a knife attack against three faithful of the Hermitage of Longeborgne — one of which was seriously wounded — who were on their way there.

One of them succeeded in crossing the roadblock made by the aggressors, and arrived in Longeborgne with his face covered in blood. He was taken to the hospital as soon as the police arrived. According to the priest, his condition was not worrisome, but another victim was reportedly found by the policemen on the ground and seriously wounded.

“There was no mass, for the faithful were stopped by a person who assaulted them. It was probably a sharp weapon,” said Father Francis, the rector of the Hermitage. One of the wounded was able to reach the holy place and was treated on the spot before being transported by the emergency services. Three people, two women and one man, were stabbed. The latter was seriously injured.

Numerous police patrols, dogs and a helicopter were deployed in the Gorges de la Borgne. 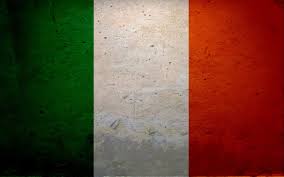 While the big news last week was that Italy's third largest bank, Monte Paschi, had been nationalized after JPM destroyed the bank's chances of securing a private-sector rescue, and that Italy would issue up to €20 billion in public debt to fund the bailout of this, and other insolvent Italian banks, it appears there may be more moving parts to the story.
Recall that as we warned, the biggest danger for both Monte Paschi, and Italy's banking system in general, is that retail depositor confidence in the Siena bank is shaken enough to lead to a bank run either in the world's oldest bank, or worse, across the entire Italian banking sector, leading to a worst case probability outcome of falling bank dominoes as bank funding needs explode, resulting in even more deposit outflows, and so on in a toxic feedback loop.
To be sure, Monte Paschi's deposit run is hardly new, and as the bank itself admitted last week, it had already suffered roughly €14 billion in deposit outflows, or 11%, in the first nine months of the year as shown in the chart below.

It turns out that  the bank run not only continued but accelerated.
As Reuters reports this afternoon, the ECB has told Monte dei Paschi it needs to plug a capital shortfall of €8.8 billion, 76% greater than the previous €5 billion gap estimated by the bank, and which hole the entire recently failed bank recapitalization was aimed at plugging, the lender said on Monday.
Meanwhile, for those who missed the last few episodes in the dramatic third bailout, and nationalization, in as many years involving Monte Paschi, here is a recap from Reuters:

Last Friday the Italian government approved a decree to bail out Monte dei Paschi (BMPS.MI) after Italy's No. 3 lender failed to win investor backing for a desperately needed 5 billion euro capital increase. The bank said on Monday it had officially asked the ECB last Friday for go ahead for a "precautionary recapitalisation".

A precautionary recapitalisation is a type of state intervention in a struggling bank that is still solvent. It means only a modest bail-in of investors though the government can buy shares or bonds only on market terms endorsed by EU state aid officials in Brussels.

In its reply, the ECB said it had calculated the capital it believed the bank needed on the basis of a shortfall emerging from European stress test of large lenders earlier this year. In those tests Monte dei Paschi was the only Italian bank to come short under an adverse scenario.
The ECB said the lender was solvent but signaled the bank's liquidity position had rapidly deteriorated between the end of November and December 21, Monte dei Paschi said.
In other words, depositors yanked even more billions from the bank - a perfectly reasonable course of action in light of concerns about the bank's viability - which in turns has led to an even worse liquidity situation at Monte Paschi.
The Siena bank said that it "has quickly started talks with the competent authorities to understand the methodologies underlying the ECB's calculations and introduce the measures for a precautionary recapitalisation..."
The bank's problems date back several years but successive Italian governments have failed to tackle the issue, which became a political taboo this year with new EU rules banning state bailouts unless private investors take losses first. The European Commission said on Friday it would work with Rome to establish conditions were met for a bailout of Monte dei Paschi.
But on Monday ECB policymaker Jens Weidmann said plans for a state bailout of Monte dei Paschi should be weighed carefully as many questions remain to be answered. In an interview with Bild, the Bundesbank head said the bar should be high for government funds being used for bank as these are intended as last resort. He added that the planned Italian government measures can only be directed to banks that are healthy “in their core.” He also joined S&P in warning that the raised rescue funds may not serve to cover for foreseeable losses and that if government funds are used, there should be matching public funding because of Italy’s high government debt. There won't be as the whole point of the exercise is to avoid angering the public by impairing its investments.
Italy's market watchdog Consob said last week the bank's shares and securities would be suspended from trading until the conditions of a state bailout become clear.
Credit to Zero Hedge

Putin "We didn't start this"