“Illuminati Alert” Prince William “Too Many People In The World”

78 Percent Of U.S. Workers Are Living ‘Paycheck To Paycheck’ And 71 Percent Of Them Are In Debt 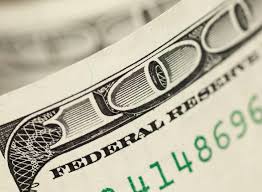 Are you living paycheck to paycheck?  Is so, you are just like most other hard working Americans.  As you will see below, 78 percent of full-time workers in the United States say that they are living paycheck to paycheck.  That is the highest figure ever recorded, and it is yet more evidence that the middle class is under an increasing amount of stress.  The cost of living is rising at a much faster pace than our paychecks are, and more families are falling out of the middle class with each passing month.  Unfortunately, this is something that the mainstream media really doesn’t want to talk about these days.  Instead, they just keep having us focus on the soaring financial markets which are being grossly artificially inflated by global central banks.
When I came across the numbers that I am about to share with you I was actually quite stunned.  I knew that things were not great in “the real economy”, but I didn’t expect that the number of Americans living paycheck to paycheck would actually be rising.  But that is precisely what a brand new survey that was just released by CareerBuilder is saying…

The first thing that we want to note about this survey is that it only includes full-time workers.  So the unemployed, part-time workers, those that work for themselves and those that are independently wealthy were not included.
The second thing that we want to note is that these numbers have gotten worsesince last year.
That certainly does not fit with the narrative that we are being fed by the mainstream media, but it does fit with the reality that most people are living on a daily basis.
Most Americans work extremely hard, but they can never seem to get ahead.  Most of us are in debt, and a couple of weeks ago I wrote about how the elite use debt as a tool of enslavement.  As we work endless hours to “pay the bills”, we are steadily enriching those that are holding our debts.
In addition, the cost of living is steadily going up, and most U.S. families are just barely scraping by from month to month as a result.  Just a couple days ago I wrote about how Obamacare was causing health insurance premiums to skyrocket, and today I came across another example of someone that has seen their annual premiums more than double during the Obamacare era…

For some lower-income people in Obamacare, the rising premiums President Donald Trump has talked so much about will barely be felt at all. Others, particularly those with higher incomes, will feel the sharp increases when insurance sign-ups begin Wednesday.
Richard Taylor is one of the people on the wrong end. The 61-year-old, self-employed Oklahoman has meticulously tracked his medical costs since 1994. In 2013, he signed up for an Affordable Care Act plan for the law’s first year offering coverage to millions of Americans.
Four years ago, annual premiums for a mid-level “silver” plan to cover his family totaled $10,072.44. For 2017, they were $21,392.40—up 112 percent.

Who can afford $21,000 a year for health insurance?
I know that I can’t.
And rates are supposed to go up substantially again in 2018.  We must repeal Obamacare, and we must do it now.
In addition to financial stress, most Americans are also deeply concerned about the future of this country.  Just consider the following numbers from a poll that was released this week…

Almost two-thirds of Americans, or 63 percent, report being stressed about the future of the nation, according to the American Psychological Association’s Eleventh Stress in America survey, conducted in August and released on Wednesday.  This worry about the fate of the union tops longstanding stressors such as money (62 percent) and work (61 percent) and also cuts across political proclivities. However, a significantly larger proportion of Democrats (73 percent) reported feeling stress than independents (59 percent) and Republicans (56 percent).

I certainly can’t blame the Democrats for being stressed out.  Donald Trump is in the White House and pro-Trump forces are taking over the Republican Party.  And if a large wave of pro-Trump activists goes to Congress in 2018, we are going to take this nation in a completely different direction.
That same survey referenced above also discovered that 59 percent of Americans consider this “to be the lowest point in our nation’s history that they can remember”…

A majority of the more than 3,400 Americans polled, 59 percent, said “they consider this to be the lowest point in our nation’s history that they can remember.” That sentiment spanned generations, including those that lived through World War II, the Vietnam War, and the terrorist attacks of Sept. 11. (Some 30 percent of people polled cited terrorism as a source of concern, a number that’s likely to rise given the alleged terrorist attack in New York City on Tuesday.)

That number seems very strange.
Yes, I can understand that those on the left are very pessimistic now that Trump is in the White House, but this is definitely not the lowest point in recent history.
Have people totally forgotten the financial crisis of 2008?
What about 9/11?
The JFK assassination, the Vietnam War, the deep recession during the Carter years and the entire Obama era are also examples of very low points in recent history.
Yes, great challenges are coming, but for the moment the economy is relatively stable, much of the world is at peace, and at least Hillary Clinton is not in the White House.
There is so much to be thankful for, and if people out there think that this is the “lowest point” in recent American history, how are they going to feel when a real crisis comes along?
Credit to Economic Collapse

Iconic musician Little Richard is renouncing his past life of sexual immorality, saying he believes same-sex relationships are "unnatural affections."

But in an extensive interview with Three Angels Broadcasting Network, an Illinois-based Christian and health-oriented television and radio network, Little Richard says he has repented and turned to Jesus Christ for salvation.

"When I first came in show business, they wanted you to look like everybody but yourself," he recalled.

"And anybody [who] comes in show business, they gonna say you gay or straight," he said. "God made men, men and women, women. You've got to live the way God wants you to live ... He can save you," the 84-year-old singer told the Christian broadcaster.

The singer admits he fell to the temptations of the entertainment industry.

In Charles White's biography, The Life and Times of Little Richard, Richard, who's given name is Richard Wayne Penniman, revealed that his marriage to Ernestine Campbell fell apart due to his sexuality and being neglectful.

"You know, all these things. So much unnatural affection," the singer told the network. "So much of people just doing everything and don't think about God. Don't want no parts of Him."

"Regardless of whatever you are, He loves you. I don't care what you are. He loves you and He can save you. All you've got to do is say, 'Lord, take me as I am. I'm a sinner.' But we all have sinned and come short of the glory of God. The only holy, righteous person is Jesus and He wants us to be just like Him because, in order to go to Heaven, we've got to look like Him," Richard continued.

And Richard asked, "Lord, can I do this and still be saved?" And according to the singer, the Lord replied, "Richard, no man can serve two masters."

Richard said he had to release everything after that, so he retired from performing and recording.

He related a recent incident where a producer came to him, offering millions of dollars for a new television series titled "Little Richard."

The producer told him if he would allow the series to go forward, he would be the hottest thing on the planet.

Richard confessed the offer was tempting.

Email ThisBlogThis!Share to TwitterShare to FacebookShare to Pinterest
Labels: Jesus

According to the state-run TASS news agency, the Russian government is planning to replace the autopilot features in commercial aircraft with artificial intelligence systems.

"[F]lying robots will be able to act in a formation rather than separately. Perhaps, an operator will be sitting on the ground and controlling a whole unmanned squadron with the help of a computer … [T]he day is nearing when vehicles will get artificial intelligence. So, why not entrust aviation or air defense to them?"

Russian officials have recently confirmed earlier reports that its sixth-generation fighter jet, currently under development, will feature an AI system meant to improve the reaction time of its human pilot, and which could ultimately replace the pilot altogether. The new MiG fighter would also reportedly have the ability to fly in formation with others that act as drones controlled by the single pilot.

The President is due to embark on a five-nation Asia tour on Friday and will make his first stop in Hawaii, en route to Asia where he will visit Japan, South Korea, China, Vietnam and the Philippines.

He will urge countries with the most influence over Pyongyang to "convince its leaders that the pursuit of nuclear weapons is a dead end" and that the state must denuclearise.

Mr Trump will also tell leaders in Asia that the world is "running out of time" to stop North Korea's nuclear crisis and that the United States is prepared to defend itself if needed.

White House national security adviser H.R. McMaster told reporters at a briefing: “The president recognises that we're running out of time (to deal with North Korea) and will ask all nations to do more.”

He said: “He will remind friend and foe alike that the United States stands ready to defend itself and our allies using the full range of our capabilities.”

It will be the longest Asia tour by an American president in more than 25 years.

Mr Trump's most critical stop will be in China, where he will ask Chinese President Xi Jinping to do more to rein in North Korea.

Senior US officials say China considers North Korea a strategic asset and is reluctant to cut off resources to Pyongyang for fear of triggering a refugee wave.

Mr McMaster said Mr Trump, who has approved a variety of sanctions against North Korea while pressing China to do more, is at the beginning of his drive for Pyongyang to give up nuclear weapons.

The President has warned he would "totally destroy" North Korea if it threatened the United States.

Mr McMaster said: ”I think we have to be a little patient here for at least a few months to see what more we and others can do, including China.”


The Sakantsy forest lake in the Vladimir region suddenly disappeared overnight after being drained by a giant sinkhole.
The 20-meter-deep reservoir and all its fish were swallowed up within hours by a giant crater.

On October 12, the forest lake Sakantsy went underground, swallowed up by a giant sinkhole that formed overnight.