The Nikkei stock index plunged into a bear market on Thursday as a strong yen and worries about an end to central bank stimulus stoked bloodletting on Japan’s premier bourse after weeks of wild volatility.

Thursday’s drop was largely attributed to jitters over an end to central bank stimulus, particularly the U.S. Federal Reserve’s massive monetary easing, which has been credited with propping up global equity markets.

However, cracks have also begun to emerge in a plan by Japanese Prime Minister Shinzo Abe to power the world’s third-largest economy, a blueprint dubbed Abenomics.

Last week, investors turned up their noses at what some saw as a half-hearted bid to force structural reforms in the long tepid economy, the so-called “third arrow” of Abe’s plan.

Foreign investors had piled into the market since late last year as the government and Bank of Japan set about a policy prescription of big spending and aggressive monetary easing, which pushed down the yen.

The weak currency benefits Japanese exporters by making them more competitive overseas and tends to push up Tokyo stocks.

However, the dollar has plunged on the yen in recent days with the U.S. Federal Reserve in focus ahead of a policy meeting next week that many fear will herald the end of its $85 billion-a-month bond-buying.

“We have seen such wild fluctuations lately that few investors want to press on with buying,” said Hirokazu Kabeya, senior strategist at Daiwa Securities.

“It’s a kind of a chicken-and-egg situation—volatile markets keep buyers away and the absence of buyers leads to market volatility. We are trapped in a negative spiral right now.”

Investors tend to flock to the safe-haven yen in times of turmoil and uncertainty, weighing on the stock market.

The greenback fetched 94.03 yen in Tokyo afternoon trade, from 95.88 yen in New York late Wednesday and from the high 98-yen range in Tokyo at the start of the week. It was above 100 yen in recent weeks.

That puts the dollar-yen rate back to levels seen when the Bank of Japan announced in April it would unleash a torrent of easy money as part of a plan to reverse years of falling prices and tepid growth.

“This sense of uncertainty could persist until next week’s FOMC meeting,” he added, referring to the upcoming gathering of the policy-making Federal Reserve Open Market Committee.

A senior trader at a major Japanese bank said further losses in the Nikkei would be a negative signal from investors on the Japanese premier’s economic policies.

Japan Today
Posted by Unknown at 5:00 PM No comments: Links to this post

If Things Are So Great, Why Is This Chart So Bad?

Just as during the Great Moderation, buying financials has become the no-lose trade for any and all momo junkies. From their 'fortress' balance sheets (prone to total leveraged collapse at any moment from giant over-zealous trades and mismarking of assets) to their 'can't lose' scenario analysis if rates rise because NIM will make them rich (aside from the fact that it won't), bank stocks have been among the best performers in recent months (dramatically outperforming credit in the last few weeks). So we have a simple question. If things are so great... if the outlook so rosy... if the price-to-book so misvalued... why are the bank laying off people in 2013 at a rate almost as fast as they did in 2009?

Financial institutions are firing staff at almost the same rate in 2013 as they did in the immediate aftermath of Lehman!

which perhaps explains this divergence...

Zero Hedge
Posted by Unknown at 4:00 PM No comments: Links to this post 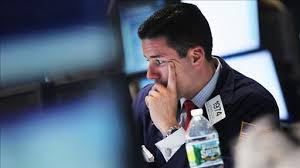 When it comes to the validity, accuracy and honesty of government-sourced data, sadly there is much to be desired in the time of the New Normal, when governments have made it very clear they will resort to any measure to boost confidence - from the wealth effect to flagrantly doctoring economic (dis)information.
Luckly for now at least, the private sector provides a somewhat credible alternative, although even that is rapidly being subsumed by the government apparatus (see ADP morphing into BLS-lite). Still, it is a useful data point for those who still care about the anachronism known as "fundamentals." So in order to supplement the retail data disclosed earlier which according to some was the "most important retail spending" report in years, one useful counterpoint is sales data as disclosed by credit card processors such as MasterCard (sadly often hiding behind subscription paywalls). Here are some highlights of what a parsing such a recent report reveals, courtesy of Bloomberg.
Zero Hedge
Posted by Unknown at 2:00 PM No comments: Links to this post

Insider Speaks Out On NSA Spying 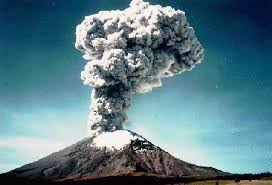 June 13, 2013 – MEXICO - A cluster of several (7) volcanic earthquakes up to magnitudes 2.4 has occurred this morning, perhaps heralding some more vigorous activity in the near future. Apart from this, activity has remained stable with about 2 weak steam-gas-sometimes ash-containing explosions per hour. A steam plume often rises about 1 km above the volcano.

Meanwhile, Mauna Loa may be stirring in Hawaii. The large volcanic system last erupted in 1984. The latest update of the USGS mentions that minor inflation of a shallow magma reservoir beneath Mauna Loa may be occurring. Seismicity rates were slightly elevated. However, the level of observed seismicity is far from alarming and the alert level remains at green.

No eruption is expected in the near future. From the USGS report: “Deformation of Mauna Loa continued to be dominated by southeasterly motion of the south flank. However, slow, localized uplift also continues near the summit caldera (~1cm/yr at MLSP) suggesting that some inflation of the shallow magma reservoir complex beneath the summit area is occurring.

Germany slams US for ‘Stasi methods’ ahead of Obama visit 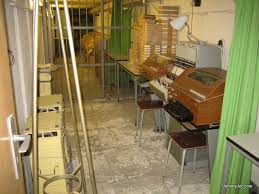 Germans are expressing outrage as details of a US internet spy program - revealed by a former CIA employee-turned-whistleblower – are prompting comparisons with that of former communist East Germany’s Ministry for State Security.

Unfortunately for Obama’s upcoming trip to Berlin, it was revealed that Germany ranks as the most-spied-on EU country by the US, a map of secret surveillance activities by the National Security Agency (NSA) shows.

German ministers are expressing their outrage over America’s sweeping intelligence-gathering leviathan, with one parliamentarian comparing US spying methods to that of the communist East Germany’s much-dreaded Ministry for State Security (Stasi).

"I thought this era had ended when the DDR fell," he said, using the German acronym for the disposed German Democratic Republic.

Clearly, enthusiasm for the American leader’s upcoming visit will be much more tempered than it was in 2008 when 200,000 people packed around the Victory Column in central Berlin to hear Obama speak of a world that would be dramatically different from that of his hawkish Republican predecessor, George W. Bush.

Merkel will question Obama about the NSA program when he visits in Berlin on June 18, government spokesman Steffen Seibert told reporters on Monday. Some political analysts fear the issue will dampen a visit that was intended to commemorate US-German relations on the 50th anniversary of John F. Kennedy's famous "Ich bin ein Berliner" speech.

RT
Posted by Unknown at 8:00 AM No comments: Links to this post 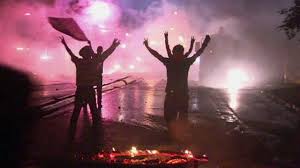 "Our patience is at an end. I am making my warning for the last time," he said.

Clashes between police and protesters in the park and adjoining Taksim Square have continued for nearly two weeks.

Activists have said they will not leave until the government abandons plans to redevelop the park. Mr Erdogan's party has proposed a referendum on the issue.

Such a vote would not be legally binding but Mr Erdogan implied he would honour its outcome.

"I say to the mothers and fathers, please take your children in hand and bring them out," Mr Erdogan declared.

"We cannot wait any more because Gezi Park does not belong to occupying forces but to the people."

His speech at a meeting of his ruling AK Party (AKP) in the capital, Ankara, received a standing ovation.'Extremists'

Gezi Park is a rare patch of green in Turkey's biggest city, and has been the focus of public anger.

Plans to redevelop it into a shopping centre were the initial spark for the protests.

The prime minister has previously branded the protesters there "extremists" and "looters".

The suggestion of a public vote on the park's future is unlikely to appease many of the protesters still encamped there.

"There is already a court decision which orders the suspension of work in Gezi Park," said Tayfun Kahraman from Taksim Solidarity, one of the environmentalist groups fighting to save the area.

It was not even legal to consider a referendum on such an issue, since such votes could only be held on constitutional matters, he added.

"Are they going to ask us whether we approve of chopping down trees? What would the result change anyway?" 22-year-old student Arzu told AFP news agency.

BBC
Posted by Unknown at 7:00 AM No comments: Links to this post