A couple of days ago I address the prophetic view of the Egyptian revolution.....
Today the Jerusalem Post publish this news,  which gives credit of our prophetic view!!!!
The next step is ISRAEL WAR. 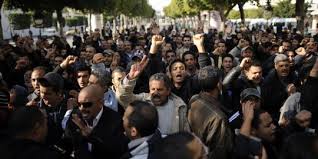 A leading member of the Muslim Brotherhood in Egypt told the Arabic-language Iranian news network Al-Alam on Monday that he would like to see the Egyptian people prepare for war against Israel, according to the Hebrew-language business newspaper Calcalist.

Muhammad Ghannem reportedly told Al- Alam that the Suez Canal should be closed immediately, and that the flow of gas from Egypt to Israel should cease “in order to bring about the downfall of the Mubarak regime.” He added that “the people should be prepared for war against Israel,” saying the world should understand that “the Egyptianpeople are prepared for anything to get rid of this regime.”

Ghannem praised Egyptian soldiers deployed by President Hosni Mubarak to Egyptian cities, saying they “would not kill their brothers.” He added that Washington was forced to abandon plans to help Mubarak stay in power after “seeing millions head for the streets.”

British defense secretary disagrees with Israeli retired spy chief, says West should be wary of Iran and act 'in accordance'
Iran may be capable of developing a nuclear weapon by next year, Britain's defense secretary told lawmakers on Monday


Liam Fox told the House of Commons he disagreed with Israel's newly retired spy chief, Meir Dagan, who said this month that Iran would not be able to build a nuclear bomb before 2015.

Fox said the West should be wary of optimism over Iran's nuclear program and make decisions on the basis of the most pessimistic assessment of its capability.

His remarks follow the failure of the US, Britain, France and Germany, Russia and China in talks earlier this month to persuade Iran to open its atomic program to more scrutiny.

Tehran claims its nuclear program is limited to developing civilian power. The US and allies insist Iran is working on the covert development of nuclear weapons.

Turkish Foreign Minister Ahmet Davutoglu said relations between Iran and Turkey were of high importance in sustaining stability in the region.


He made the remark here Tuesday morning in a meeting with the Caretaker of the Iranian Foreign Ministry Ali-Akbar Salehi.

Salehi arrived in Ankara Monday night at a head of a political delegation.

In a brief conversation with reporters after the meeting, Davutoglu pointed out that Iran’s talks with the 5+1 would start in Istanbul on Thursday, January 20.

He further noted that Turkey has had close contacts with Iran for a long time, saying Tehran Declaration was compiled through close cooperation of Salehi and his colleagues.

Believing that Salehi enjoyed very valuable and good experiences in nuclear negotiations, he said that given the historical background of bilateral relations, Iran-Turkey ties were of supreme importance for regional stability.

Salehi, for his part, said it was the second time he was visiting Turkey in his new capacity.

He pointed to the very long-standing relations between the two countries and noted that the volume of Iran-Turkey trade exchanges has already touched a level of dlrs. 10 billion.

He also said that apart from the ties between the two countries he will discuss the latest regional developments with Davutoglu as well.

Stressing that Iran opposed interference of ultra-regional forces in Lebanon’s affairs, the Iranian official said stability should be established in the country in the absence of such forces.

He further advised Lebanese groups, parties and factions to solve the existing problems through dialogue and cooperation.

Bernanke can not print Gold 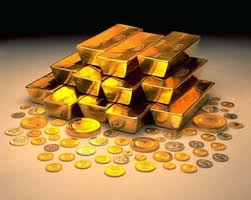 Cash at 0% doesn’t accumulate wealth either. The moment central banks implement monetary policies where they keep interest rates negative in real terms, in other words interest rates are lower than the rate of cost of living increases, then it is very difficult to value anything. The only thing I can say is, Mr Ben Bernanke, Chairman of the Federal Reserve, and other central banks, they can print an unlimited quantity of money, but you cannot print gold. Gold is limited by its annual supply of around 2,500 tonnes annually. So it is not that gold is going up, it is that the paper value of money, the purchasing power of money is going down vis-à-vis a unit of account, which is gold.
in www.bbc.co.uk 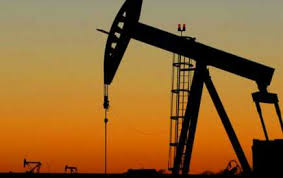 (Reuters) - Brent oil futures climbed near $100 a barrel and Asian stocks fell on Monday, hurt by fears that deadly protests in Egypt may foment unrest throughout the Middle East and choke oil supplies, accelerating a move out of riskier assets.
More than 100 people have been killed during six days of protests in Egypt aimed at toppling President Hosni Mubarak.
A wider conflagration in the region could threaten the flow of oil at a time when policymakers in emerging markets are already bedevilled by high food and fuel prices and some developed economies have been gaining momentum.
U.S. S&P 500 futures were up 0.2 percent after Wall Street closed down 1.8 percent on Friday, while U.S. Treasury futures were flat on the day, suggesting that investors would take a wait-and-watch approach to the Middle East.
"To the extent that the instability continues, investor reaction will most likely push oil and Treasury bond prices higher, and global equities lower." Mohamed El-Erian, co-chief investment officer at bond giant PIMCO, told Reuters.
"The situation in Egypt is very fluid."
The U.S. dollar, yen and Swiss franc, which all strengthened against the euro on Friday in reaction to the escalating Egyptian situation were largely stable, with protesters in Cairo camped out and calling for Mubarak to step down after 30 years of rule.
The prospect of more expensive energy bills in high growth emerging markets added to unease about rising inflation among investors, who had last week pulled money out of developing equity markets for the first time in more than a month, fund tracker EPFR Global said in a note.
Emerging Asian currencies, down broadly on Monday, will be tested this week ahead of Lunar New Year holidays, with focus on inflation data from Indonesia, South Korea and Thailand due on Tuesday.
Japan's Nikkei share average .N225 finished 1.2 percent lower, and at one point hit its lowest since early December.
The MSCI Asia Pacific ex-Japan stock index .MIAPJ0000PUS fell 1.1 percent, with selling scattered across the consumer discretionary, industrial and materials sectors.
Stocks in Indonesia and the Philippines were the hardest hit, with benchmark indexes falling 2.1 and 2.6 percent, respectively. These markets were among last year's biggest gainers in Asia and the latest bout of risk reduction has made investors more willing to take profits.
Egyptian markets and banks were closed on Monday.
OIL HEADS TO $100
U.S. crude for March delivery was trading at around $90 a barrel after hitting a high of $90.87 a barrel early in the session. Focus would likely be on Brent futures though, where the lead month contract was trading just shy of $100 a barrel. Using 100 tons of explosives, The Geophysical Institute of Israel conducted the explosion at a site in the Negev on Wednesday.
It registered 2.7 on the Richter scale, and created a mushroom cloud that reached the height of up to 1.78 miles, or three kilometers, Haaretz reported Thursday.
Local scientists and scientists from the U.S. and France as well as journalists observed the blast.
Dr. Rami Hofstetter, head of seismology at the Geophysical Institute told the newspaper the experiment was important to study how seismic waves travel.
Testing stations located in countries such as Russia, Kazakhstan and Mongolia, all members of the International Monitoring System, were able to measure the explosion, the newspaper said.
Stations in Africa, North America, South America, Asia and Europe provide data about nuclear tests that have not been reported to the United Nations or the international community, Haaretz said.
The data was broadcast to the stations using equipment located 328 feet from the blast site and immediately transferred by satellite to the international data center located in Vienna for processing

Brazil slams brakes to curb inflation, risking hot money tsunami Brazil has raised interest rates sharply, following China, India and host of countries across the emerging world in acting to curb inflation and counter the flood of dollar liquidity from the US.

Alexandre Tombini, the new head of Brazil’s hawkish central bank, kicked off his tenure by raising the key Selic rate a half point to 11.25pc, despite fears that this will push the over-valued real to extreme levels.
Poland also tightened, raising rates a quarter point to 3.75pc in a "pre-emptive" move to nip price pressures in the bud.
Brazil faces an acute dilemma since high rates have made it the darling of the global "carry trade", attracting US, European and Japanese funds chasing yield.
The inflows have turned the real into Latin America’s "Swiss franc", driving it up 39pc against the dollar and almost as much against China’s semi-fixed yuan over the past two years.
Rising rates make it almost impossible to stop the tsunami of capital, though the authorities are defending a line in the sand at 1.67 to the dollar for now by direct purchases of US assets.
"They are really worried about the level of the currency, but real interest rates of 5pc act as a magnet for inflows," said David Rees from Capital Economics. Brasilia has imposed taxes on hot money, with mixed results
Finance minister Guido Mantega has called it a "currency war that is turning into a trade war", claiming that Brazil is the victim of manipulation by both China and the US - the latter through quantitative easing.
Brazil’s trade deficit doubled last year to $71bn, and there is evidence that the strong real is letting Asian exporters eat into Brazil’s industrial base. The government has already adopted 28 anti-dumping measures against China, covering steel, tyres, synthetic fibres, chemicals, shoes and toys. China’s annual exports to Brazil have jumped from $5bn to $26bn in five years.
Brazil is mulling recourse to the World Trade Organization over predatory exchange practices, though the body does not police currency rates. President Dilma Rousseff - a former urban guerrilla fighter - appears more willing to confront China than her predeccesor "Lula", who overlooked industrial rivalry in order to champion a political alliance of the BRICs (Brazil, Russia, India, China) to confront America.
Critics say Brazil’s government bears much of the blame for imbalances because it prime-pumped the economy at the peak of the boom to win re-election, raising state spending by 11pc last year. Inflation jumped to 5.9pc in December.
Marcelo Ribeiro from the Pentagono Asset Management said Brazil is repeating its age-old pattern of boom and bust. "Brazil is wrongly perceived as the world’s best investment play. Fiscal policy is ultra-loose and sooner or later the fiscal vigilantes will force dramatic changes," he said.