Moscow pulls away from Kerry-Lavrov deal on Syrian chemical disarmament. Assad gets to keep his WMD 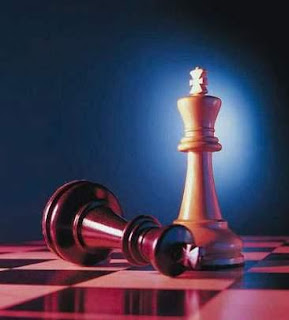 Russian leaders finally picked apart the Kerry-Lavrov understanding for Syria’s chemical disarmament - less than a week after it was unveiled in Geneva last Saturday. Thursday, Sept. 19, they slapped down a string of coordinated obstructions. One knockout blow came from President Vladimir Putin, who commented dryly that he could not be 100 percent certain that the plan for the destruction of Syria’s chemical weapons would succeed. “But everything we have seen so far in recent days gives us confidence that this will happen. I hope so,” he said.

To dispel that hope, Defense Minister Sergey Shoigu followed up with a denial of any plans to destroy the Syrian chemical stocks on Russian soil.
Then, in an interview to Fox News, Syrian President Bashar Assad, in sync with Moscow, asked mockingly: “It [the destruction of poison chemicals] is very detrimental to the environment. If the American administration is ready to pay this money and take the responsibility of bringing toxic materials to the United States, why don’t they do it?”

Since Russia and the US are the only countries with the industrial-scale capacity to destroy chemical munitions, and their import is banned under US law, Assad’s chemical arsenal is safe.

In fact, Germany alone has offered to send a small number of chemical experts to Syria, No one else is ready to oversee the complicated dismantling and removal of an estimated 10,000 tonnes of dangerously poisonous materials, pay for the operation or accept the materials on its soil.

US Secretary of State John Kerry, seeing his understanding with Sergey Lavrov slipping away, made a desperate attempt to save it. He called a news conference at the State Department Thursday to declare that it was essential the deal be enforced with a binding resolution and that the UN Security Council act on it next week, when the UN General Assembly holds its annual meeting in New York.

Kerry did not indicate how the US administration would react if the deal fell through or whether the US military option would be revived.

But it was already clear that his deal with Lavrov was going nowhere, even to the few Obama sympathizers who had hailed the president for finally managing to get Moscow on board for a solution of the Syrian war and the removal of Assad’s chemical arsenal.

The Syrian ruler calmly told Fox meanwhile that his government was willing to get rid of its chemical weapons but it would be a very complicated operation that would take about a year or more and cost around $1 billion.

1. That Assad drew a distinction between his operational chemical arsenal and the stockpiles of those weapons. He is apparently willing to let the first category go, but determined to keep the stocks.

2. His manner was confident verging on cocky, showing he felt certain that he would not be deprived of his chemical capabilities for coming out on top of the Syrian civil war.

He had no qualms about denying his forces were responsible for the Aug. 21 attack on districts east of Damascus, fully backed by the perseverance of Russian officials in pinning the blame on the rebels.
As excerpts of his Fox interview were aired, Assad received Deputy Foreign Minister Sergey Ryabkov in Damascus at the head of a large Russian delegation of military and intelligence officers. He used the occasion to complain that he was caught in a cruel vice between al Qaeda and US pressure and expressed the hope that Moscow would be able to “draw a new map of global balance.”

As the Kerry-Lavrov deal falls apart, it turns out to have been less an agreement and more a loose compilation of limited understandings on the Syrian chemical question, which left unresolved sharp, fundamental disagreements between Washington on Moscow on how it should be handled, particularly at the UN Security Council.

None of this has stopped President Obama from selling the proposition to the American public and the world that the US-Russian accord for the disposal of Syria’s chemical weapons was a triumphant breakthrough for his administration’s diplomacy, which opened the door to an agreement for resolving the Iranian nuclear issue as well.


Credit To DEBKA file
Posted by Unknown at 6:00 AM No comments: Links to this post