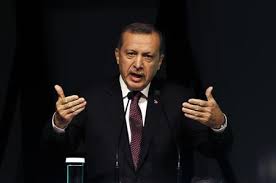 Do you remember all those Turkish tanks that sat idly along the border with Syria as ISIS laid siege to the border town of Kobani? Well, now ISIS is launching attacks against Kobani from Turkey.


According to a report from the AP:

The Islamic State group launched an attack Saturday on the Syrian border town of Kobani from Turkey, a Kurdish official and activists said, although Turkey denied that the fighters had used its territory for the raid.
The assault began when a suicide bomber driving an armored vehicle detonated his explosives on the border crossing between Kobani and Turkey, said the Britain-based Syrian Observatory for Human Rights and Nawaf Khalil, a spokesman for Syria’s powerful Kurdish Democratic Union Party.
The Islamic State group “used to attack the town from three sides,” Khalil said. “Today, they are attacking from four sides.”
Turkey, while previously backing the Syrian rebels fighting to topple President Bashar Assad in that country’s civil war, has been hesitant to aid them in Kobani because it fears that could stoke Kurdish ambitions for an independent state.

Like his American counterpart, Turkish president Recep Tayyip Erdogan has been known to lie. The notion that Turkey is not aiding Kurds in Kobani being about fears that Kurds would want an independent state are ludicrous. Even if there is any truth to it, Turkey is siding with ISIS by default, at a minimum.
In reality, it’s become increasingly obvious that Turkey is in league with ISIS:

Mustafa Bali, a Kobani-based activist, said by telephone that Islamic State group fighters have taken positions in the grain silos on the Turkish side of the border and from there are launching attacks toward the border crossing point. He added that the U.S.-led coalition launched an airstrike Saturday morning on the eastern side of the town.
“It is now clear that Turkey is openly cooperating with Daesh,” Bali said, using the Arabic acronym for the Islamic State.

As western leaders remain in denial or complicit in Turkey’s collaboration with ISIS, the terrorist group is launching attacks against Kobani, Syria from Turkey.
What will it take to jettison Turkey from NATO?
Credit to Shoebat.com
Posted by Unknown at 11:00 AM No comments: 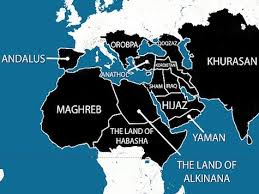 In its war to create a caliphate across Syria and Iraq, the Islamic State is opening a front in North Africa, where affiliated militants are wreaking havoc in eastern Libya and Egypt’s Sinai Peninsula — presenting a complex challenge for Washington and its allies in the region.

Through its savvy use of social media and slick production of recruitment videos, the Islamic State — also known by the acronyms ISIS and ISIL — is attracting a growing number of individual jihadis to its harsh interpretation of Islamic, or Shariah, law.

Read more: http://www.washingtontimes.com/news/2014/nov/27/islamic-state-opening-front-in-north-africa/#ixzz3KOXbaIVO
Posted by Unknown at 7:00 AM No comments: