The economy is a fraud 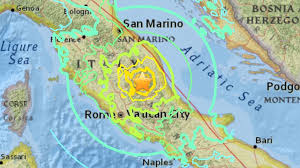 Businesses have reported requests from one in five people to have time off work and many are also keeping children away from school and heading to the beach or country for the day.

Romans are taking it so seriously that local newspapers have even been publishing survival guides with tips of what to do – if – the ground starts to tremble.

The panic has been fanned by Facebook, Twitter and text messages around a prediction by Raffaele Bendani, a seismologist who forecast in 1915 that a "big one" would hit Rome on Wednesday.

He is also said to have predicted other earthquakes which hit Italy during the last hundred years before his death in 1979.

Massimo La Rocca, headmaster of a school in the Trastevere district, said: "We have had quite a few parents calling in and saying they will not be sending their children in.
"I've told them the school will remain open and there is nothing to be scared about but they are adamant – although this is not a justifiable absence for a pupil."

A barman named Massimo said: "People have been talking about this for the last week. I know dozens who are taking the day off – I'm going to sleep in the camper van with the wife to be on the safe side."

Bendandi believed movement of plates and therefore earthquakes were the result of the combined movements of the planets, the moon and the sun and perfectly predictable.

In 1923 he predicted a quake would hit central Italy on January 2 the following year – he was wrong by two days.

For his work Bendandi was even given a knighthood by Fascist dictator Benito Mussolini – and ordered not to make any more predictions on pain of exile as officials feared he would create immense panic.

However seismologists have been quick to step in and say his theories are without any scientific proof and despite his claims earthquakes are completely unpredictable.

Seismologist Alessandro Amato, who works at the Italy's National Geophysical and Volcanology Institute, said:"There is absolutely no evidence to say that an earthquake will hit Rome on 11th May and we have told that to the hundreds of people who have called.

"There is a possibility that on the day in question the country as a whole will have an average of 30 or so tremors but that is perfectly normal and the figure we expect.

"It is not scientifically possible to predict the exact date that an earthquake will occur and that's why we are holding these open days at the Institute to better inform people."

Credit to The Telegraph “Political language is designed to make liessound truthful and murder respectable.”
George Orwell
Lsuisiana has been under extreme attack for sometime:
This is all designed to cause the people of the Gulf to leave and the remainder to be evacuated. Why?  The globalists dirty little secret is contained in this short video. You will not believe your ears, but you will be shocked a the globalists intentions

As Gulf Coast investigator, Dr. Wilma Subra stated, that the oil/Corexit is in “…the air, the water table, the sea floor sediment,  the shallow surface of the beach, it is in the estuaries,… it is in the water column at 3,000-4,000 foot depth, the prevailing winds bring in the oil/Corexit to the shores and the substances are deposited inland. ..The environmental impact will last for generations.” The people of Bayou Corne, as well as at least 28 other Louisiana communities near the coast, are finding out how accurate Dr. Subra’s observations, offered in February of 2011, truly were. Lifespans are being diminished and industries are being decimated and the weather assault upon the region will not stop until the people are gone. 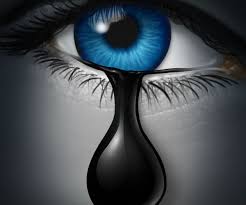 So what do you do when the commodity you harvest and sell suddenly collapses by 50-60% and slashes your operating profit?  If you said, raise a whole bunch of debt and continue spending on new capital projects to drill for even more supply in a collapsing market then you might be an oil CEO.  The Wall Street Journal this morning pointed out that raising debt to cover cash burn is exactly what the largest oil companies in the world are doing.  In fact, the 4 largest oil companies have doubled their net debt positions since 2014 when the oil selloff started.

Frankly, we're a little skeptical that raising debt to add supply to an already over-supplied market is the right idea.  That said, certain investors and CEOs, whose bonuses are tied to production in many cases, disagree.

“They are just not spending enough to boost production,” said Jonathan Waghorn, co-portfolio manager in London at Guinness Atkinson Asset Management Inc. who helps oversee more than $400 million across a range of energy funds, including shares in Exxon, BP, Chevron and Shell.

But as Michael Hulme of Carmignac Commodities Fund noted, “eventually something will give"..."these companies won’t be able to maintain the current dividends at $50 to $60 oil—it’s unsustainable”  Well given that, per the chart below, the largest 4 oil companies are burning nearly $80BN per year we would tend to agree with Hulme.

Though, prudence isn't necessarily a quality that oil investors like in their CEOs so things like temporarily cutting dividends probably wouldn't go over well.
Credit to Zero Hedge

The terrifying moment a gang of migrants armed with bats held up a Flemish lorry driver bound for the UK.

This is the terrifying moment a gang of migrants armed with bats held up a Flemish lorry driver bound for the UK.

Dashcam footage shows branches had been pulled down to block a road leading to the port of Calais.

A group of men appeared holding the weapons, and one of them struck the lorry each time the driver revved his engine.

Trucker Marc Mombaerts told VTM News: 'If I give dared put our foot down, they immediately made ​​it clear that they would strike the windshield.'

The footage came to light on the same day a UK-bound Sudanese migrant was murdered and 15 others seriously injured during a 'hugely violent' fight.