Russian senators back permanent deployment of air force to Syria 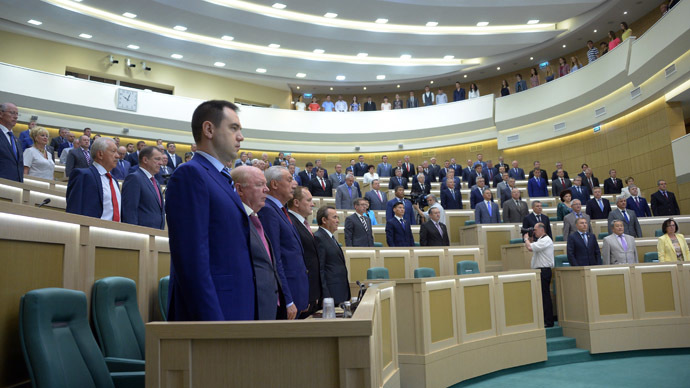 Russian senators have ratified an agreement that allows permanent deployment of the country's air force in Syria, solidifying Moscow’s projection of power in the Middle East.

One hundred and fifty-eight Russian senators thrust their support behind the permanent air force at the Syrian base in Khmeimim during the Wednesday vote, with one senator abstaining.

“Russia’s Air Force group will be located in Syria only for defense purposes and does not target third countries,” Viktor Ozerov, chair of the Defense Committee in the Federation Council, told RIA Novosti after the vote.

Ozerov added the decision marks Russia’s “substantial input” into the international effort to stabilize the situation in Syria.

“I believe we should consider [the treaty] in a context of global issues and talk about a new quality of Russia’s positioning, not only in Syria and the Middle East, but in the world,” Frants Klintsevich, deputy chair of the upper house’s Committee for Defense and Security, said in a statement.

“We have orders of magnitude fewer military facilities in other countries than others do, especially NATO members. It’s a drop in the ocean,” he added.

The treaty was signed on August 26, 2015 in Damascus and provides the legal grounds for the ongoing Russian operation in Syria.

Deutsche Bank Sells Another $1.5 Billion In Debt At Junk Bond 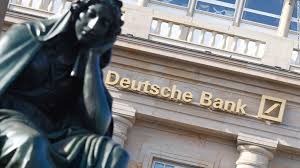 We were surprised when, just after the close on Friday, Deutsche Bank announced it would issue $3 billion in five year paper carrying a nosebleeding coupon of 4.25%, and a spread of 300 bps over Treasuries. By issuing debt at such a high yield - indicatively 300 basis points is close to the average for highly-rated junk debt in dollars and more than twice the 143 basis points Deutsche Bank paid for similar notes in August 2015 - DB management confirmed it had liquidity concerns (the issue did nothing to help the bank's ailing capitalization).
As we said on Friday, "some have wondered why the need to sell new paper at such a wide concession: after all as we reported before, DB has no current liquidity constraints courtesy of substantial ECB generosity, which backstop DB's existing liquidity reserves of just over €200 billion" leading to the question: "does DB know something investors don't?."
While the question remains unanswered, a similar question emerged last night when taking advantage of the still open issuance window, Deutsche Bank raised another US$1.5 billion in bonds, tapping last Friday's $3 billion 5-year issue. The self-led tap of its 4.25% October 2021s priced at similar terms, at 100.263 and a spread of 290bp over Treasuries for a yield of 4.191%, and a coupon of 4.25%. According to Bloomberg, the German lender targeted mostly the same investors who bought last week’s $3 billion private deal. The deal was priced at a premium of 290 basis points, once again suggesting that at least from the perspective of investors, DB is effectively a junk rated credit.
The two-day issuance was Deutsche Bank’s first since the U.S. Justice Department demanded $14 billion to settle RMBS misselling claims, a leaked report of which in mid-September sent the stock tumbling.
“The private debt sale shows they can still access the market for sizable term funding,” said Ben Sy of JPM in Hong KOng. Even so, “it has to pay a significant premium and that may shake confidence among investors,” he said. Which is good because as we showed yesterday, DB's funding costs in short-term markets continue to rise even as most other European banks are paying less.

As Bloomberg notes, "the bonds will become more vulnerable to losses from Jan. 1, when a German law takes effect that subordinates existing notes to deposits, derivatives and structured notes. Senior bonds could be bailed in if post-tax losses exceed 20 billion euros or if some lower-ranking bonds don’t provide a cushion because they’re not governed by EU law, Hank Calenti, an analyst at Wells Fargo & Co. in London, wrote in a note to clients."
“Short term, it’s a good thing for Deutsche that they’re raising money even though they have to pay a higher spread than they want to,” said Jonathan Rochford, a Sydney-based portfolio manager at Narrow Road Capital, which manages A$35 million ($26.5 million). “It gives people confidence that they’re getting funding. But the long-term issues haven’t changed. They’re still undercapitalized.”
Precisely, and in the meantime, the bank's leverage keeps growing especially if the use of funds from the bond issuance will promptly exit through the front door to pay for either more litigation charges or other non-business purposes, while the underlying business model continues to deteriorate.
Credit to Zero Hedge

Photos showing US jets being painted Russian colors have triggered debates and conspiracy theories online, with many saying Washington plans to conduct false flag attacks in Syria and blame them on Moscow.


The U.S is painting their F/A-18's to match the paint schemes of Russian jets in #Syria. Standard training, but interesting nonetheless.

Although the journalist noted that painting fighter jets in the colors of potential adversaries is standard practice, they caused a stir among conspiracy theorists.

Many of them accused the US of preparing a false flag attack aimed at framing Russia in Syria.

Credit t oRT
Posted by Unknown at 6:00 AM No comments: Links to this post