‘We are very patient, but at some point we will have to respond’ – Putin on new US Russia sanctions 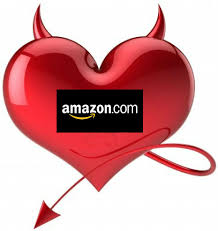 Amazon wiped out billions of dollars worth of grocery store market cap last month when they announced plans to purchase Whole Foods.  The announcement sent shares of Kroger, Wal-Mart, Sprouts, and Target, among others, plunging... (WMT -4%, TGT -5.5%, SFM -7.6%, KR -12%).
But, as we pointed out back in May, well before Amazon's decision to buy Whole Foods, Amazon's success in penetrating the traditional grocery market was always a matter of when, not if.  Concept stores, like Amazon Go, already exist that virtually eliminate the need for dozens of in-store employees which will allow them to generate higher returns at lower price points than traditional grocers.  And, with grocery margins averaging around 1-2% at best, if Amazon, or anyone for that matter, can truly create smart stores with no check outs and cut employees in half they can effectively destroy the traditional supermarket business model.
And while the demise of the traditional grocery store will undoubtedly take time (recall that people were calling for the demise of Blockbuster for nearly a decade before it finally happened), make no mistake that the retail grocery market 10-15 years from now will not look anything like the stores you visit today.

So, grocers have a choice: (i) adapt to the technological revolution that is about to transform their industry or (ii) face the same slow death that ultimately claimed the life of Blockbuster.
As such, as the the St. Louis Post-Dispatch points out today, the relatively small Midwest grocery store chain of Schnucks has decided to roll out the first of what could eventually be a large fleet of grocery stocking robots.

A slender robot named Tally soon will be roaming the aisles at select Schnucks groceries, on the lookout for out-of-stock items and verifying prices.

Maryland Heights-based Schnuck Markets, which operates 100 stores in five states, on Monday will begin testing its first Tally at its store at 6600 Clayton Road in Richmond Heights. The pilot test is expected to last six weeks. A second Tally will appear in coming weeks at Schnucks stores at 1060 Woods Mill Road in Town and Country and at 10233 Manchester Road in Kirkwood.

The robots are the first test of the technology in Missouri and could ultimately be expanded to more Schnucks stores.

Each 30-pound robot is equipped with sensors to help it navigate the store’s layout and avoid bumping into customers’ carts. When it detects product areas that aren’t fully stocked, the data is shared with store management staff so the retailer can make changes, said Dave Steck, Schnuck Markets’ vice president of IT and infrastructure.

Tally, created by a San Francisco-based company named Simbe, is also being tested at other mass merchants and dollar stores all across the country.

Founded in 2014, Simbe has placed Tally robots in mass merchants, dollar stores and groceries across the country, including some Target stores in San Francisco last year.

“The goal of Tally is to create more of a feedback mechanism,” Bogolea said. “Although most retailers have good supply chain intelligence, and point-of-sale data on what they’ve sold, what’s challenging for retailers is understanding the true state of merchandise on shelves. Everyone sees value in higher quality, more frequent information across the entire value chain.”

The robot does take breaks. When Tally senses it’s low on power, it finds its way to a charging dock. And, the robot is designed to stay out of the way of customers. If it detects a congested area, it’ll return to the aisle when it’s less busy. If a shopper approaches the robot, it’s programmed to stop moving.

Meanwhile, with nearly 40,000 grocery stores in the U.S. employing roughly 3.5mm people, most of whom work at or near minimum wage, Bernie's "Fight for $15" agitators may want to take note of this development.

Are you ready to die? You and I are going to die and not from old age, because our fellow Americans are so stupid, ignorant, and brainwashed that they believe the lies that are leading us to our certain destruction. This is what the Atomic Scientists tell us...

Each year “the decision to move (or to leave in place) the minute hand of the Doomsday Clock is made by the Bulletin’s Science and Security Board in consultation with its Board of Sponsors, which includes 15 Nobel laureates”.

In 1953 the Clock was at two minutes to midnight. In the worst years of the cold war it was at 3 minutes to midnight when, in 1984 it was recorded that “US-Soviet relations reach their iciest point in decades. Dialogue between the two superpowers virtually stops. Every channel of communications has been constricted or shut down; every form of contact has been attenuated or cut off…”

And now, in 2017, it is apparent that channels of communication with Russia are being deliberately cut off - and the hands of the Doomsday Clock have been placed at just two-and-a-half minutes from midnight.

And they are right.
Can you comprehend the absurdity?
President Trump is under full-scale attack from the military/security complex, the US presstitute media, the Democratic Party, and from many Republicans, such as Republican Senator from South Carolina Lindsey Graham and Republican Senator from Arizona John McCain simply because President Trump wants to reduce the dangerous tensions between the two major nuclear powers.
What explains the total lack of concern for their own lives on the part of the populations in South Carolina and Arizona who send to the Senate and keep sending to the Senate two morons determined to provoke war between the US and Russia?
It should send shivers up your spine that you can ask this same question about all 50 states, and almost all congressional districts.
You can ask the same question about the bordello known as “the American media.” There will be no one alive to post or to read the headlines of the war that they are helping to promote.
The United States and the rest of the world with it along with all life on earth are being sent to their graves by the total failure of American leadership.
What is wrong with Americans that they cannot understand that any “leader” who provokes war with a major nuclear power should be instantly institutionalized as criminally insane?
Why do Americans sit night after night in front of the TV absorbing lies that commit them beyond all doubt to their deaths?
America has failed itself and the world.

This week, for the first time since the Second Temple stood in all its glory, Jews were able to walk the Temple Mount freely as Muslim authority fell away from the site, allowing both Jews and Christians to heed the call to prayer on the Mountain of God and opening up the gates of redemption.

Jews inadvertently became the main presence on the Mount, something that has not happened since the destruction of the Second Temple 2,000 years ago, as a result of the misguided actions of Arab leadership following a horrifying terror attack at the Temple Mount last Friday.

The global prophetic implications of the major shift on this holiest of sites, emphasized MK Yehudah Glick, an advocate of universal prayer on the Temple Mount, cannot be denied. “This was an enormous gamechanger,” he told Breaking Israel News.

“Everything is part of the geula (redemption) process, but the things that happen on the Temple Mount are especially so. “If we want to bring world peace, we have to start there.”

Credit to Skywatchtv.com
Posted by Unknown at 8:00 AM No comments: Links to this post

GET READY FOR THE FREEFALL COLLAPSE -- Mitch Feierstein