ITALY: Church parishioners ordered to “pray in silence” so as not to offend African Muslim invaders being housed there The faithful hoping to practice their Christianity at the church of St. Anthony in Ventimiglia were surprised when they were told by Caritas volunteers they couldn’t recite the rosary and would instead have to “pray in silence out of respect to Muslim illegal aliens” who are living there. Breitbart Caritas is ostensibly a Catholic charity, although much of its resources are spent on facilitating mass migration to Europe; the organization even boasts that it contributes to and seeks to influence European Union (EU) “asylum” policies. Caritas reports that they have been distributing 600 meals a day to migrants in Ventimiglia.

After one of the female parishioners requested that the migrants be taken to another church so that she could recite the rosary, the parish priest, Don Rito, appeared and accompanied her and the other visitors to another church. The Northern Italian town of 55,000 people has recently been overwhelmed with hundreds of migrants. More than 50 Africans have been crossing into Ventimiglia every day, hoping that from there they will be able to enter France. The town’s mayor, Enrico Ioculano, has said that this is “an untenable situation”.

Mr. Ioculano has admitted that Ventimiglia is struggling to meet the costs of the migrant influx. It was discovered that the national government will pay for less than half the town’s €220,000 bill — for unaccompanied migrants alone — accrued in the first five months of this year. Nobody tells the Muslims to pray in silence in the church
Dozens of migrants in the area have also had to be vaccinated in recent days due to an outbreak of chickenpox amongst the migrant guests of St Anthony’s Church.
Breitbart London has previously reported on churches across Europe where welcoming migrants has taken precedence over Christian worship. In Germany, an evangelical church stripped out pews, the altar, and pulpit as well as all symbols of Christianity when offering it as a new home for migrants — so as to make them feel “more welcome in their new home.” THE COMING CASHLESS SOCIETY: BIG BROTHER & THE MARK OF THE BEAST


Sweden is the first nation in the world to embrace a cashless society, where according to the central bank, Riksbank, cash transactions made up only 2% of the value of all payments last year. Swedish economists believe that by 2020 cash transactions will be only 0.5%.

Various apps like Swish and the Danish app, MobilePay, are being used to make purchases from various street vendor sales and even to give church donations. According a Guardian article, “Sweden leads race to become cashless society,” by Jon Henley dated June 4, 2016, “Swedes are blazing the trail in Europe, with banks, buses, street vendors and even churches expecting plastic or virtual payment.”

Promoters of a cashless society point out that there are countless benefits, such as control, tracking, and identification of criminals, along with the ability to block deposits, purchases, and withdrawals. In 2014, Cass Sunstein, the “regulatory czar,” former head of the office of Information and Regulatory Affair (OIRA), promoted the idea that a cashless society would reduce street crime. Sunstein believed that there was a relationship between (EBT) Electronic Benefit Transfer system for welfare benefits and a drop in crime. Although there has been no proof that Sunstein’s theory is true, in the spring of 2014, the Department of Justice came under fire for “Operation Choke Point,” which was designed to shut down payday lenders and other merchant activities that were labeled “high-risk.”

Sunstein appears to believe that society should be run by something resembling Plato’s Philosopher King System, controlled by “elites” such as himself. In effect, our world already is ruled by a class of wealthy and powerful people who view themselves as the philosopher or god-kings described by the Greek Philosopher Plato, who had studied the legendary super-civilization of Atlantis. I outline the historical progression of this in A Prophecy of the Future of America 2016-2017.

Although Sunstein would not call himself a Marxist, his ideological beliefs are totalitarian in nature, such as the belief that people should be prevented from being exposed to different belief systems on the Internet. So it is no wonder that Cass Sunstein wrote an op-ed advocating a cashless society.

According to an article written in the Atlantic magazine on April 8, 2016, “How a Cashless Society Could Embolden Big Brother,” by Sarah Jeong, a bare list of bullet points put out by the FDIC include some of the following merchant categories associated with high-risk activity.

One major bank shut down the personal accounts of hundreds of “adult entertainers,” which caused them to lose access to medical treatment, food and rent money.

“A cashless society promises a world of limitation, control, and surveillance, which the poorest American already have in abundance.”

According to Jeong, EBT and the cashless society targets the most vulnerable people in our society.

Interestingly, one of the most widely read books in human history, the Book Of Revelation, deals specifically with a global cashless society where no individual can buy or sell without receiving what is called “the mark of the beast,” which appears to predict some kind of microchip implant with a computer-brain interface. This “mark of the beast” technology will only be distributed to individuals who have the required religious and political beliefs, making it an all-powerful global control system.

Despite the intellectual bias against the Book of Revelation even being looked at, the reality is that it brings up the themes of a cashless society and some kind of microchip over 2,000 years ago. The other thing that is interesting is that in order to receive this chip and participate in the economic system and be able to buy or sell, you must have specific beliefs. The specific condition is that you must choose to worship the charismatic world leader the Bible calls the Antichrist.

The Truth About #Brexit

Pharma propaganda on parade: Most 'science' journal studies on prescriptions are written by Big Pharma's own scientists

(NaturalNews) It is no secret that the internet is littered with misinformation, whether it's a matter of simple ignorance or people spreading falsehoods for their own agenda. Many people consider scientific journals to be among the most credible sources available, but it turns out that they, too, fall into the latter category; they've become yet another forum for parties to spread whatever information supports their financial interests. In this case, it's Big Pharma.

Take, for example, a 2006 study that looked into the impact of psychiatric medication on clinical trials. The researchers found that industry-sponsored trials came to favorable conclusions a whopping 78 percent of the time, while just 48 percent of independently funded trials reached a favorable outcome.

One of the most brazen examples of this is Study 329. In this 2001 study by SmithKline Beecham, which is now GlaxoSmithKline, it was claimed that paroxetine, the drug in Paxil and Seroxat, was a "generally well tolerated" cure for depression in both adolescents and children. Over the course of the following year, around 2 million young people were prescribed the drug.

However, the study glossed over the fact that this drug has the potential to cause some very serious side effects and even lead patients to suicide. When independent researchers re-analyzed the study, they discovered that the drug wasn't any more effective than the placebo. Moreover, they found a significant risk of harm. At least 12 of the 93 children who took it had developed suicidal thoughts. In what ended up being one of the biggest frauds in the history of American healthcare, GlaxoSmithKline was ultimately fined $3 billion.

BMJ Editor Fiona Godlee said it was just another example of how drug regulators are routinely failing people. She said: "This long running saga has within it all the seeds of our current discontent - industry malpractice, paid opinion leaders twisting the results of trials, hidden data allowing manufacturers, academics and clinicians to overstate the benefits and underplay the harms of treatment." 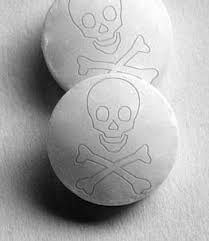 Four out of five antidepressant studies had industry ties

The Journal of Clinical Epidemiology recently published an evaluation of 185 meta-analyses that involved approved antidepressants and were published between 2007 and early 2014. They found that a third of them were actually written by people who were employed by the pharmaceutical industry. These authors were a whopping 22 times less likely to make a negative statement about a drug than those who were not affiliated with the pharmaceutical company.

In addition, almost four out of five of these studies had an industry tie. This could mean that the study was written by industry employees, a pharmaceutical company sponsored the study, or the industry supported the researchers via grants or speaking fees.

Antidepressants are a huge pharmaceutical market, racking up sales of $9.4 billion the United States in 2013 alone.

Stanford University School of Medicine Epidemiologist John Ioannidis, who co-authored the study, said: "We knew that the industry would fund studies to promote its products, but it's very different to fund meta-analyses," as they "have traditionally been a bulwark of evidence-based medicine."

He feels that the only way to curb this is by banning pharmaceutical companies from funding meta-analyses. After all, countless human lives are at stake.

This Is Where US Adults Get Their News From

As social media continues to become a larger part of many people's everyday lives, it's not surprising to see that users are now more than ever getting news from the social media platforms.
A survey by Pew Research found that 62% of US adults get their news on social media, which is up from 49% reported in 2012. Of the 62%, 18% responded that they often get news from social media, 26% said sometimes, and 18% said hardly ever.

From 2013, all platforms have grown the percent of users who receive news from the sites, with Facebook experiencing the biggest increase.

When looking at each sites' total reach, and the proportion of users who get news on each site, Facebook leads the way - Facebook reaches 67% of US adults, and 44% get their news on the site. Twitter only reaches 16% of adults, but 9% get news from the platform.

Here is how the demographics break down for each social networking site.

Social media users also consume news through other news platforms, with local television being the most popular overall, and print newspapers being the least popular alternative news source.

What Will Trigger DOLLAR COLLAPSE? with Jim Willie