What Recovery? Sears And J.C. Penney Are DYING 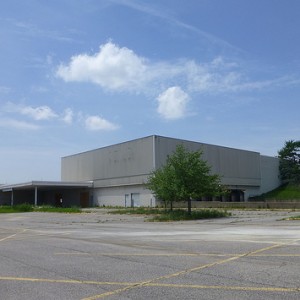 Two of the largest retailers in America are steamrolling toward bankruptcy.  Sears and J.C. Penney are both losing hundreds of millions of dollars each quarter, and both of them appear to be caught in the grip of a death spiral from which it will be impossible to escape.  Once upon a time, Sears was actually the largest retailer in the United States, and even today Sears and J.C. Penney are "anchor stores" in malls all over the country.  When I was growing up, my mother would take me to the mall when it was time to go clothes shopping, and there were usually just two options: Sears or J.C. Penney.  When I got older, I actually worked for Sears for a little while.  At the time, nobody would have ever imagined that Sears or J.C. Penney could go out of business someday.  But that is precisely what is happening.  They are both shutting down unprofitable stores and laying off employees in a desperate attempt to avoid bankruptcy, but everyone knows that they are just delaying the inevitable.  These two great retail giants are dying, and they certainly won't be the last to fall.  This is just the beginning.
The Death Of Sears
Sales have declined at Sears for 27 quarters in a row, and the legendary retailer has been closing hundreds of stores and selling off property in a frantic attempt to turn things around.
Unfortunately for Sears, it is not working.  In fact, Sears has announced that it expects to lose "between $250 million to $360 million" for the quarter that will end on February 1st.
Things have gotten so bad that Sears is even making commercials that openly acknowledge how badly it is struggling.  For example, consider the following bit of dialogue from a recent Sears television commercial featuring two young women...

"Wait, the movie theater is on the other side," the passenger says.
"But Sears always has parking!" the driver responds.

Sears always has parking???
Of course the unspoken admission is that Sears always has parking because nobody shops there anymore.
I have posted video of the commercial below...
A couple of months ago I walked into a Sears store in the middle of the week and it was like a ghost town.  A few associates were milling around here and there having private discussions among themselves, but other than that it was eerily quiet.
You can find 18 incredibly depressing photographs which do a great job of illustrating why Sears is steadily dying right here.  This was once one of America's greatest companies, but soon it will be dead.
The Death Of J.C. Penney
J.C. Penny has been a dead man walking for a long time.  In some ways, it is in even worse shape than Sears.
If you can believe it, J.C. Penney actually lost 586 million dollarsduring the second quarter of 2013 alone.
How in the world do you lose 586 million dollars in three months?
Are they paying employees to flush giant piles of cash down the toilets?
This week J.C. Penney announced that it is eliminating 2,000 jobs and closing 33 stores.  The following is a list of the store closings that was released to the public...
Selma, Ala. -- Selma Mall
Rancho Cucamonga, Calif. -- Arrow Plaza
Colorado Springs -- Chapel Hills Mall
Meriden, Conn. -- Meriden Square
Leesburg, Fla. -- Lake Square Mall
Port Richey, Fla. -- Gulf View Square
Muscatine, Iowa -- Muscatine Mall
Bloomingdale, Ill. -- Stratford Square Mall
Forsyth, Ill. -- Hickory Point Mall
Marion, Ind. -- Five Points Mall
Warsaw, Ind. -- Marketplace Shopping Center
Salisbury, Md. -- The Centre at Salisbury
Marquette, Mich. -- Westwood Plaza
Worthington, Minn. -- Northland Mall
Gautier, Miss. -- Singing River Mall
Natchez, Miss. -- Natchez Mall
Butte, Mont. -- Butte Plaza Shopping Center
Cut Bank, Mont.
Kinston, N.C. -- Vernon Park Mall
Burlington, N.J. -- Burlington Center
Phillipsburg, N.J. -- Phillipsburg Mall
Wooster, Ohio -- Wayne Towne Plaza
Exton, Pa. -- Exton Square Mall
Hazleton, Pa. -- LaurelMall
Washington, Pa. -- Washington Mall
Chattanooga -- Northgate Mall
Bristol, Va. -- Bristol Mall
Norfolk, Va. -- Military Circle Mall
Fond du Lac, Wis., Forest Mall
Janesville, Wis. -- Janesville Mall
Rhinelander, Wis. -- Lincoln Plaza Center
Rice Lake, Wis. -- Cedar Mall
Wausau, Wis. -- Wausau Mall
The CEO of J.C. Penney says that these closures were necessary for the future of the company...

"As we continue to progress toward long-term profitable growth, it is necessary to reexamine the financial performance of our store portfolio and adjust our national footprint accordingly," CEO Myron Ullman said in a news release.

Actually, his statement would be a lot more accurate if he replaced "continue to progress toward long-term profitable growth" with " prepare for bankruptcy".
It would be hard to overstate how much of a disaster 2013 was for J.C. Penney.  The following is an excerpt from a recent CNN article...

It's been a brutal year for J.C. Penney, its stock falling over 60% in the past 12 months. The company has been losing hundreds of millions of dollars per quarter, and is in the midst of another turnaround effort after ousting former Apple executive Ron Johnson last year.

Overall, shares of J.C. Penney have fallen by an astounding 84 percentsince February 2012.  And keep in mind that this decline has happened during one of the greatest stock market rallies of all-time.
For now, J.C. Penney will continue to try to desperately raise more cash from investors that are foolish enough to give it to them, but all that is really accomplishing is just delaying the inevitable.
If you would like to see some photos that graphically illustrate why J.C. Penney is falling apart, you can find some right here.
And of course Sears and J.C. Penney are not the only large retailers that have fallen on hard times.  This week the CEO of Best Buy admitted that sales declined at his chain during the holiday season...

Best Buy shares skid on Thursday after the retailer said total revenue and sales at its established U.S stores fell in the all-important holiday season due to intense discounting by rivals, supply constraints for key products and weak traffic in December.

In the immediate aftermath of that announcement, Best Buy stock was down more than 30 percent in pre-market trading.
And Macy's just announced that it is laying off 2,500 employees in an attempt to move in a more profitable direction.
So why is all of this happening?
Aren't we supposed to be in the midst of an "economic recovery"?
That is what the Obama administration and the mainstream media keep telling us, but it is simply not true.
In fact, a new Gallup survey has found that the number of Americans that are "financially worse off" than a year ago is significantly higher than the number of Americans that say that they are "financially better off" than a year ago...

More Americans, 42%, say they are financially worse off now than they were a year ago, reversing the lower levels found over the past two years. Just more than a third of Americans say their financial situation has improved from a year ago.

That is why these stores are dying.
Things continue to get even worse for the middle class.
But a lot of people out there will continue to deny what is happening right in front of their eyes.  They are kind of like that woman over in California who was conned out of half a million dollars by a Nigerian online dating scam.  They will never admit the truth until it is far too late to do anything about it.
So have you been to a Sears or a J.C. Penney lately?
Do you believe that they will survive?
Please feel free to share what you think by posting a comment below...
Credit to Economic collapse
Posted by Unknown at 8:00 AM No comments:

The US military is testing a radical 'smart rifle' that can automatically aim itself, it has been revealed.

The army is believed to have acquired six $27,000 'smart rifles' from Texas firm Tracking Point.

It uses a built in computer to aim at a target, and can even 'lock on' top targets and automatically track them. The U.S. military has begun testing several so-called smart rifles made by TrackingPoint, which include computer controlled scopes and their own app
'The military has purchased several units for testing and evaluation purposes,' he said during an interview with Military​.com at the annual SHOT Show, the country’s largest gun show with 60,000 attendees.
The system includes a Linux-powered computer in the scope with sensors that collect imagery and ballistic data such as atmospheric conditions, cant, inclination, even the slight shift of the Earth’s rotation known as the Coriolis effect.

A laser rangefinder is used by the shooter looking through the scope to identify the target that he or she wants to hit.

The high-tech sight then takes into account humidity, wind and the typical ballistic drop you'd expect from a bullet fired over such a distance.

Once the target has been selected, the scope provides cross-hairs which have to be lined up with the pin that is dropped on the target.

To ensure accuracy, the shooter can not even squeeze the trigger unless the cross-hairs and pin are alined.

Oren Schauble, a marketing official with the Austin, Texas-based company, confirmed the military bought a handful of them in recent months for evaluation. The smart rifle is packed with sensors and it own computer to control the firing process.

Credit to Dailymail.co.uk
Read more: http://www.dailymail.co.uk/sciencetech/article-2540879/US-Military-testing-smart-rifle-automatically-aim-turn-ANYONE-sharp-shooter.html#ixzz2qfQzRATe
Posted by Unknown at 7:00 AM No comments: