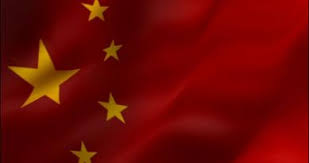 BEIJING (AP) - China called Tuesday for an immediate cease-fire in Libya where the U.S. and European nations have launched punishing airstrikes to enforce a U.N. no-fly zone.
All parties must "immediately cease fire and resolve issues through peaceful means," Foreign Ministry spokeswoman Jiang Yu said at a regularly scheduled news conference, citing unconfirmed reports that the airstrikes had caused civilian deaths.
China was one of five countries that abstained from last week's vote on the U.N. resolution to allow "all necessary measures" to stop Libyan leader Moammar Gadhafi's assault on rebel-held towns. It was approved with the backing of the United States, France and Britain.
Beijing has been sharply critical of the airstrikes that hit Libyan air defenses and forces for a third night Monday. The Foreign Ministry registered "serious reservations" about the resolution, and on Monday the country's most important political newspaper compared the Western airstrikes against Libya to the U.S.-led invasions in Iraq and Afghanistan.
In places such as Iraq "the unspeakable suffering of its people are a mirror and a warning," the Communist Party's flagship newspaper, People's Daily, said in a commentary.
China has historically opposed foreign military interventions as part of its long-standing policy of staying out of countries' internal affairs.
Jiang said China, one of five veto-wielding permanent members of the U.N. Security Council, only opted not to oppose the resolution out of consideration for the support shown for the measure among Arab and African nations.
North Korea also Tuesday urged an immediate halt to the airstrikes. An unidentified Foreign Ministry spokesman said they were a "wanton violation" of Libya's sovereignty and a "hideous crime against humanity."
The spokesman also accused the United States of wanting regime change in Libya and control of its natural resources. The comments were carried by the official Korean Central News Agency.
The Philippines respects the Security Council decision, presidential spokesman Abigail Valte in Manila said, while stopping short of openly supporting it due to concerns over the safety of Filipinos in Libya.
About 15,000 of the 26,000 Filipino workers in Libya have fled since the unrest started. The Philippine Department of Foreign Affairs is asking Libya to allow four Filipino maids who work for a Gadhafi relative to leave the country.

Nightmare of a Nagasaki consequences

The Worst Situation I've Ever Seen

The hand-written messages adorn pieces of paper, boards and walls. There are hundreds or even thousands of them, hanging in the hallways of evacuation centers in Sendai, Natori and all the other devastated cities along the coastline of northeastern Japan.

They are written by people desperately trying to figure out if their loved ones are still alive. "I'm looking for Ichiro and Sumie Aizawa, 83 and 79. They were in the store when the earthquake struck," says one. Another reads: "I'll come back tomorrow to meet you. At 8 a.m. Please be here!" High-tech Japan hasn't witnessed such a flood of handwritten cries for help since World War II bombs devastated Japanese cities.


Occasionally you'll find messages tinged with both hope and despair. "A heater is on in the hall of the construction company," says one. "It is warm there." And sometimes, though rarely, the messages attest to the good fortune of survivors. "Yurika and her sister aren't hurt" is written in black felt-tip pen on a whiteboard in Sendai. "Everyone is alive!" stands right next to it.

Roughly one week after the disastrous earthquake and equally devastating tsunami, it's still impossible to give anywhere close to a precise estimate of the catastrophe's full scope. More than 450,000 people are homeless; almost 90,000 homes have been damaged. On Monday, the official number of missing had risen to 12,600, and 8,800 dead had been found.

While at least the Western media had moved its focus from the suffering of the Japanese to the threatening nuclear catastrophe, a second tragedy was playing out in the shadows of Fukushima. The highly industrialized country has been forced to a standstill. The disaster has paralyzed not only the devastated northern region facing the Pacific, but also the country's industrial base further south. It's almost as if the entire country has been forced to observe a moment of silence to honor the dead.

The founder of a Messianic Jewish ministry says it's telling that virtually all the Middle East nations that have experienced unrest and turmoil in recent weeks have one thing in common: the Bible says they will turn against Israel in the last days.

For weeks, Egypt was the focus of massive demonstrations. Now neighboring Libya has taken center stage as Moammar Gadhafi attempts to hold onto the control of his country. So-called "pro-democracy" rallies have also sprung up in a number of smaller Islamic countries in the region.

Jan Markell, founder and director of Olive Tree Ministries says about these developments: "The Bible calls all of these nations the King of the South, from Egypt to Sudan to Yemen to a number of other Arab-Islamic nations that represent the King of the South. And all of these nations eventually will all come together and invade Israel in a battle that is outlined in the Bible. Well, is this setting the stage for this? I think it is. The Bible calls Israel the center of the earth."

Markell believes all the turmoil could lead to an evil regime taking over these countries so they can come together and try to annihilate Israel and wipe the very memory of its existence off the face of the earth.

The ministry director reminds people, however, that the Bible says Israel ultimately will prevail over its Islamic enemies.

There Will Be Lots Of Social Unrest Worldwide

“There will be lots of social unrest worldwide with governments and countries falling. Others will have crises before China – especially in the West Asia – perhaps even India.” - www.mydigitalfc.com

Jim Rogers is an author, financial commentator and successful international investor. He has been frequently featured in Time, The New York Times, Barron’s, Forbes, Fortune, The Wall Street Journal, The Financial Times and is a regular guest on Bloomberg and CNBC.

The Pacific Ring of Fire (or sometimes just the Ring of Fire) is an area where large numbers of earthquakes and volcanic eruptions occur in the basin of the Pacific Ocean. In a 40,000 km (25,000 mi), it is associated with a nearly continuous series of oceanic trenches, volcanic arcs, and volcanic belts and/or plate movements.

The Ring of Fire has 452 volcanoes and is home to over 75% of the world's active and dormant volcanoes.

The Ring of Fire describes a geographic area where 75% of the earth’s volcanoes, and 90% of the earths earthquakes occur.

It´s were takes place the Biggest and strongest earthquakes:

But what has to do with the word of GOD...

Genesis 3:16
To the woman He said: "I will greatly multiply your sorrow and your conception; In pain you shall bring forth children; Your desire shall be for your husband, and he shall rule over you."

Mark 13: 4-8
4And Jesus answered and said unto them, Take heed that no man deceive you.
5For many shall come in my name, saying, I am Christ; and shall deceive many.
6And ye shall hear of wars and rumours of wars: see that ye be not troubled: for all these things must come to pass, but the end is not yet.
7For nation shall rise against nation, and kingdom against kingdom: and there shall be famines, and pestilences, and earthquakes, in divers places.
8All these are the beginning of sorrows.

Same as the baby birth and as the bible states they are coming stronger and more often.

If you see the give birth steps are:

First stage: dilation
Second stage: fetal expulsion
Third stage: umbilical cord closure and placental expulsionAnd you now what......When the baby´s head passed through the birth canal and the top or the "crown" stays visible at the vaginal opening it is call "The ring of fire". and it is the last part of the stage No 2 in the process of giving birth as you can see in this description:

This stage begins when the cervix is fully dilated, and ends when the baby is finally born. As pressure on the cervix increases, the Ferguson reflex increases uterine contractions so that the second stage can go ahead. At the beginning of the normal second stage, the head is fully engaged in the pelvis; the widest diameter of the head has successfully passed through the pelvic brim. Ideally it has successfully also passed below the interspinous diameter. This is the narrowest part of the pelvis. If these have been accomplished, what remains is for the fetal head to pass below the pubic arch and out through the introitus. This is assisted by the additional maternal efforts of "bearing down" or pushing. The fetal head is seen to 'crown' as the labia part. At this point, the woman may feel a burning or stinging sensation. (Ring of Fire)
Birth of the fetal head signals the successful completion of the fourth mechanism of labour (delivery by extension), and is followed by the fifth and sixth mechanisms (restitution and external rotation).

Notice that this stage ends with:

Restitution. The fetal head turns through 45 degrees to restore its normal relationship with the shoulders, which are still at an angle. (could this be polar Shift?)

Even ISRAEL pass trough the birth pangs in order to born as a nation in the Holocaust !!!

The Bible clearly states in Deuteronomy:

8But because the LORD loved you, and because he would keep the oath which he had sworn unto your fathers, hath the LORD brought you out with a mighty hand, and redeemed you out of the house of bondmen, from the hand of Pharaoh king of Egypt.
9Know therefore that the LORD thy God, he is God, the faithful God, which keepeth covenant and mercy with them that love him and keep his commandments to a thousand generations;
10And repayeth them that hate him to their face, to destroy them: he will not be slack to him that hateth him, he will repay him to his face.

The church have not been behaving well lately and all this makes me wonder if:

Could be: "this is it"  for dose how think that can live in sin and be the bride of JESUS

And if that is the case then could also mean: