Money Laundering Is Why Banks Stay Away From Bitcoin 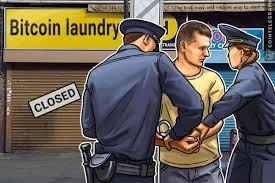 No matter how high bitcoin prices go or what records they break, banks will still have “no appetite” for the digital currency because of money laundering risks, said Credit Suisse Chief Executive Tidjane Thiam.

“Most banks in the current state of regulation have little or no appetite to get involved in a currency which has such anti-money laundering challenges,” Thiam said at a news conference in Zurich Thursday.

He clarified that anonymity associated with bitcoin is a significant problem for banks that will not go away.

On top of that, bitcoin is in a definite bubble, Thiam added, as all trades are based on “speculation.”

And such speculation has “rarely led to a happy end,” Thiam pointed out.

Bitcoin surged to a new all-time high on Thursday, breaching $7,000 for the very first time. According to Kitco’s aggregated charts, bitcoin was last seen at $7,038.50, after briefly touching a high of $7,350.

In another negative comment about digital currencies, ING’s chief financial officer Koos Timmermans advised his clients not to invest in cryptos.


Growing numbers of young girls in Venezuela are selling their bodies for sex in exchange for food as the crisis-stricken country’s humanitarian crisis continues to worsen.

A report from the American Spanish-language channel Telemundo recounts a 13-year-old girl’s experience of the sex trade.

“Neither my mother nor my father can give me the things I need, such as food or school necessities,” the girl said.
“Now what we need is food, you know, you wake up with nothing to eat,” another child prostitute said. “I’ve been two weeks just eating plantains and with nothing—boiled plantains, fried plantains, boiled plantains, with nothing. So what am I going to do? Get to work.”

Oscar Misle, the director of the CECODAP, an organization seeking to prevent child abuse, said that approximately 45,000 young people had been forced to give up their ambitions to work as sex slaves or child prostitutes.

The number of Venezuelans selling sex has risen exponentially in recent years, as people are forced into the industry as a means of survival. Women charge between 80,000 to 160,000 bolivares, the equivalent of two to four dollars an hour, although some can be found for under a dollar.

Thousands of young women have also fled the country to sell sex at higher rates elsewhere, primarily in neighboring Colombia, leading to a huge increase in human trafficking activity.

The growing levels of famine have also led to other extraordinary incidents of people searching for food, including cannibalism, eating stray dogs, and stealing zoo animals in order to feed themselves.

Socialist dictator Nicolás Maduro recently proposed the introduction of rabbit farming across many of the country’s major cities and has launched a campaign aiming to change people’s perception towards the animals by considering them as meat rather than animals.

The country’s chronic lack of products has led to the term “Maduro diet,” although government officials have denied shortages exist. An annual survey on Venezuelan living conditions released in May found that nearly 75 percent of people lost an average of 19 pounds as a result of malnutrition in the past year. 82 percent of households live in poverty.

These figures are rapidly worsening amid continued economic meltdown and skyrocketing rates of inflation. According to latest exchange rates, Venezuela’s monthly minimum wage of 97,500 bolivars is now down to $2.37, equivalent to just over one cent an hour.

WAR AND RUMORS OF WAR...

Record Number Of Americans Expected To Renounce Citizenship In 2017


Perhaps some of the disaffected Hollywood elites who threatened to leave the country after Hillary's staggering 2016 election loss have actually followed through on their childish temper tantrums after all...
According to a Bloomberg note today, a record 6,800 Americans are expected to renounce their citizenship in 2017, a 26% increase YoY and nearly 7x the pace set just 5 years ago.

In the third quarter of this year, 1,376 Americans renounced their U.S. citizenship, putting the annual tally on track to top 2016’s record, data from the Treasury Department show.