Shortly after his air force launched bombing raids on rebel-held positions, Col Gaddafi presented a very different show of political strength in a two-and-a-half-hour speech to his General People's Assembly.
He arrived in a golf buggy, driving it himself up to a pavilion in the grounds of a hotel being used in place of the Hall of the People, which was burned down in riots last week.
He basked for 15 minutes in the cheers of hundreds of delegates, with scores of women ululating loudly. "He is like an eagle," they chanted. "He is our only eagle."
He then launched into a speech which was more controlled than his other recent appearance, and offered concessions to both the opposition and to the West.
He said there would be no punishment for rebels who handed in their weapons and gave themselves up, saying they were "young men who had been brainwashed by al-Qaeda

He announced economic incentives, promising zero-interest mortgages and economic development. He even unveiled a platform of local government reforms.
In a startling admission, he said he was deliberately adopting a different tone to that last Friday, when he addressed supporters in Tripoli's Green Square, because he knew he was talking to the outside world via the international media, who were bussed in for the event.
He said he would welcome any mission sent by the United Nations Security Council to investigate allegations that he had used force against civilians.
It was rebels, he said, who had seized weapons to use against innocent people, inspired by Islamic militants, and he accused the opposition of beheading and hanging people as al-Qaeda leaders in Iraq had done.
He said the truth was being hidden by a "media war", part of a Western conspiracy to find a pretext to invade Libya and seize its oil wealth. But, rising to a crescendo, he said if the West tried to intervene Libya would "fight to the last drop of blood", and that "thousands and thousands of Libyans would die".
And he said he would outlast the international leaders now calling for him to go. "They will come to the end of their terms as president and become normal citizens," he said. "I will still be leader of the revolution."
The West continued to send mixed messages on whether it was prepared to use force against Libya. Nick Clegg, the deputy prime minister, said all options were still being considered. "That includes the issue of no-fly zones, although clearly that is something we could not do on our own," he said. "There are legal issues. It is a very large country."
But Robert Gates, the US defence secretary, made clear his opposition at a congressional hearing. "If it's ordered we can do it, but frankly there is a lot of loose talk about this. Let's call a spade a spade – a no-fly zone begins with an attack on Libya to destroy air defences," he said.
Hillary Clinton, the secretary of state, also said that the decision was a "long way off".
But the idea received support from both the Arab League and a rebel spokesman, Hafiz Ghoga, who called for air strikes on government positions. "The presence of any foreign forces on Libyan soil is strongly opposed," he said. "There is a big difference between this and strategic air strikes."
William Hague, the foreign secretary, discussed the issue by telephone with General Abdul Fattah Younis, Col Gaddafi's interior minister, who defected to the rebels last week. 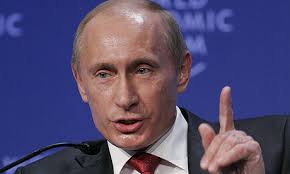 MOSCOW (BNO NEWS) -- Russia and Saudi Arabia on Thursday warned against foreign political or military intervention in Libya, which could make the situation worse, Russia's Foreign Ministry said.
Earlier in the day, Russian Deputy Foreign Minister Alexander Saltanov, who is also presidential envoy on the Middle East, and Ali ben Hasan Jaafar, the Saudi ambassador to Moscow, discussed the situation in the Middle East, RIA Novosti reported.
Other countries, including Iran and Afghanistan, have also warned against international military intervention. Last week, U.S. President Barack Obama said that his government was preparing a full range of options to respond to Libya's crisis, including coordinating with allies and partners as well as with multilateral institutions.
Meanwhile, Russian President Dmitry Medvedev in a meeting with Emergency Situations Minister Sergei Shoigu described the situation in Libya as moving toward the civil war, RIA Novosti reported.
"Libya has been and is on the brink of a civil war, and our task was to save the lives of our citizens [there]," Medvedev said.
"A complete disintegration in state governance usually occurs during such events, which is what we have seen in Libya," he added.
Russia completed on Wednesday the evacuation of its citizens from the North African country. The Russian Embassy in Tripoli reported earlier on Thursday that Russia had evacuated 520 Russians and 593 foreign nationals from Libya.
On Tuesday, the UN General Assembly adopted a resolution to suspend Libya's membership of the UN Human Rights Council because of Muammar al-Gaddafi's violence against demonstrators. The International Criminal Court in The Hague on Thursday opened a probe into the role of Gaddafi and his top aides in atrocities allegedly committed in the crackdown on protesters.
Libya has been plunged into chaos as massive anti-government protests continue nationwide, resulting in a violent crackdown by security forces which included aerial bombardments on protesters. At least 2,000 people are believed to have been killed in the uprising, but confirmed information has been difficult to obtain due to reporting restrictions by Libyan authorities.


hostgator coupon 2011
Posted by Unknown at 7:11 AM No comments: Links to this post


hostgator coupon 2011
Posted by Unknown at 1:03 AM No comments: Links to this post