AFP - Police in Beijing rounded up dozens of followers of an underground Protestant church Sunday, a rights group said, as a widening crackdown on dissent appeared to spread to religious figures.

Jin's detention came after the church called for an outdoor worship meeting following a similar gathering last Sunday that resulted in police rounding up nearly 170 church followers, most of whom were later released.

The action against the church comes amid a growing crackdown on dissent across China in which artists, lawyers, writers, activists and intellectuals have been detained for allegedly calling for "Jasmine" rallies, similar to those that have rocked the Arab world.

The Shouwang church, one of Beijing's largest "underground" churches, was forced outdoors after the government blocked the rental of its previous place of worship and prevented it from buying a new meeting place, China Aid said.

The church has adamantly denied it has any links to the Jasmine rally calls.

Beijing police refused to comment on the detention of Jin and other senior church leaders.

Church members were not immediately available to comment, but Twitter Internet postings by followers said Sunday's designated meeting place was under a police lockdown and that worshippers were unable to gather in large numbers.

Many worshippers were taken into police custody near the meeting place, postings said. China Aid said at least 30 church followers were detained.

"Many members of Shouwang church were restricted to their homes Sunday morning and unable to attend Shouwang church's second outdoor worship service," the group said.

World Bank president: 'One shock away from crisis 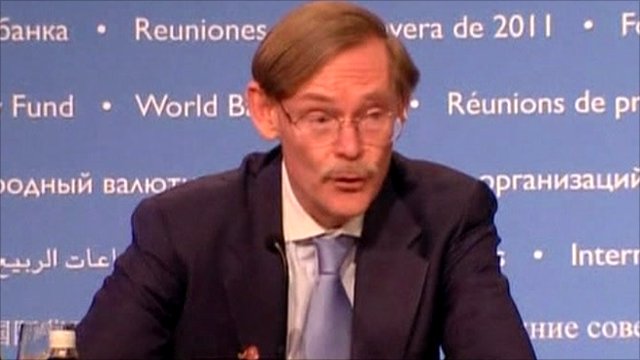 The president of the World Bank has warned that the world is "one shock away from a full-blown crisis".

He was speaking in Washington at the end of the spring meetings of the World Bank and International Monetary Fund.

"The crisis in the Middle East and North Africa underscores how we need to put the conclusions from our latest world development report into practice. The report highlighted the importance of citizen security, justice and jobs," he said.

He also called for the World Bank to act quickly to support reforms in the region.

"Waiting for the situation to stabilise will mean lost opportunities. In revolutionary moments the status quo is not a winning hand."

At the Washington meetings, turmoil in the Middle East, volatile oil prices and high unemployment were also discussed.

"It's probably too much to say that it's a jobless recovery, but it's certainly a recovery with not enough jobs," he said.

"Especially because of youth unemployment... there is now a risk that this will be turned into a life sentence, and that there is a possibility of a lost generation," he said. 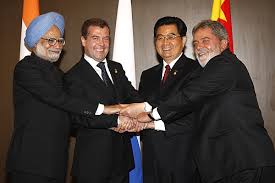 The BRICS nations, Brazil, Russia, India, China, and South Africa are taking shots at the dollar again. At the end of recently concluding meeting in China, their development banks agreed to open credit lines denominated in their own currencies rather than the world's reserve currency, the US dollar.

The plan was announced in the backdrop of a weak dollar something the BRIC nations fear will erode the value of their foreign exchange reserves held mostly in the US currency. This isn't the first time these countries have called for an alternative monetary regime.

And while this is a hint that the US will have to work hard to defend the credibility of its currency, experts say it is unlikely to end the dollar's dominance any time soon.

The BRICS group holds 40 per cent of the world's currency reserves, the majority of which are still in US dollars and not all BRIC currencies are freely tradable.

"This is unlikely to affect the market. The US dollar will continue to remain the reserve currency but this is good from a co operation point of view. Things will change but it will take time. We will need the rupee to be fully convertible," said Jamal Mecklai, CEO of Mecklai Financial Services.

As for the dollar, it will continue to weaken in the medium term say experts.

"Central banks around on the world are on a tightening spree by raising rates but the US fed is easing its monetary policy stance," said Vikash Bairoliya, an analyst at Nirmal Bang.

What will now matter is how determined the BRICS countries are to put this plan in place since in the past such summits have been more talk and less action.

The University of Texas Investment Management Co., the second-largest U.S. academic endowment, took delivery of almost $1 billion in gold bullion and is storing the bars in a New York vault, according to the fund’s board.

The fund, whose $19.9 billion in assets ranked it behind Harvard University’s endowment as of August, according to the National Association of College and University Business Officers, added about $500 million in gold investments to an existing stake last year, said Bruce Zimmerman, the endowment’s chief executive officer. The holdings are worth about $987 million, based on yesterday’s closing price of $1,486 an ounce for Comex futures.

The decision to turn the fund’s investment into gold bars was influenced by Kyle Bass, a Dallas hedge fund manager and member of the endowment’s board, Zimmerman said at its annual meeting on April 14. Bass made $500 million on the U.S. subprime-mortgage collapse.

“Central banks are printing more money than they ever have, so what’s the value of money in terms of purchases of goods and services,” Bass said yesterday in a telephone interview. “I look at gold as just another currency that they can’t print any more of.”

Gold reached an all-time high of $1,489.10 an ounce yesterday in New York as sovereign debt concerns boosted demand for the metal as a store of value. Gold has climbed 28 percent in the past year on Comex.

The endowment, which oversees funds held by the University of Texas System and Texas A&M University, has 6,643 bars of bullion, or 664,300 ounces, in a Comex-registered vault in New York owned by HSBC Holdings Plc (HSBA), the London-based bank, according to a report distributed at the meeting in Austin.
hostgator coupon 2011
Posted by Unknown at 12:00 PM No comments: Links to this post

Lou Jiwei, the head of China's $300 billion sovereign wealth fund, has said the world will slowdown again in 2012.

Speaking at a forum on the southern Chinese island of Hainan, he said it might even fall again into recession.

Lou said if major economies were to change their pro-growth policies in the fourth quarter of the year, the decision would coincide with limited oil supplies and unrest in North Africa and the Middle East.

Lou said he expected emerging markets to raise interest rates and allow their currencies to strengthen, causing a slowdown in economic growth for those countries.

Arab Herald
hostgator coupon 2011
Posted by Unknown at 11:00 AM No comments: Links to this post


NOAA’s Storm Prediction Center logged a total of 241 tornado reports Thursday through Saturday, April 16,2011.
23 on Thursday
113 on Friday
105 on Saturday
According to Dr. Jeff Masters, Ph.D. and Director of Meteorology of Weather Underground, these preliminary tornado reports are typically an over-count of about 15%, so the 3-day tornado outbreak likely will end up with 200 – 210 confirmed tornadoes.
This is a huge number of tornadoes; an average April typically has just 150 tornadoes across the entire U.S.
The carnage began Thursday in Oklahoma, killing an estimated 9 people. As it moved through Arkansas Thursday night, the squall line killed 7 more people. During Friday 3 people lost their lives in Alabama, and many more were injured in Mississippi. Saturday was the most devastating day when 23 people were killed in North Carolina and 3 in Virginia.
The total apparent death toll is up to 45.

During this time of year when severe storm outbreaks and tornadoes are often in the news, I often wonder how many people that live in these high risk regions, have a NOAA weather hazard alert radio. Especially at night, while you sleep, how would you would know if a tornado or severe thunderstorm is eminent in your area. A weather radio alert will wake you up and hopefully provide enough warning time to save yourself.
The only bright side of weather disasters like this is the hope that public awareness will cause some to take precautions, have a plan, and have a means of being warned – in case it’s your turn next time…

hostgator coupon 2011
Posted by Unknown at 10:30 AM No comments: Links to this post 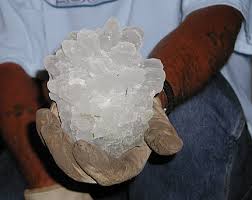 The storms, which hit cities including Guangzhou, Foshan, Dongguan and Zhongshan, caused about 50 million yuan ($7.5 million) in direct economic losses, the ministry of civil affairs said, according to the official Xinhua news agency.

The Guangdong provincial government has dispatched a team to the disaster-affected areas to direct relief work, the report said.

The local government has initiated emergency plans to rush the injured to hospital, provide aid to the elderly, and inspect for endangered buildings.

hostgator coupon 2011
Posted by Unknown at 9:19 AM No comments: Links to this post

Lou Dobbs: We're Watching A Group of Elites Who Wish to Bring About A One World Order

hostgator coupon 2011
Posted by Unknown at 7:00 AM No comments: Links to this post