European Union foreign policy chief Catherine Ashton said on Tuesday that the international community still sought to achieve a peace deal and a Palestinian Authority state by September, despite the revolutionary turmoil in the Middle East.
AFP reported that Ashton also voiced her belief that a deal was still reachable in spite of the  deadlock in Israeli-PA peace talks and the resignation of the PA cabinet as well as Saab Erekat, its chief negotiator.
"It's a time frame that everybody has signed up to," she told reporters in Jerusalem ahead of talks with PA head Mahmoud Abbas in Ramallah, next to Ofra. "I think that we have to try and reach that target," she said, but admitted the feat would be "challenging."
Ashton flew into the Land of Israel for a one-day visit aimed reportedly aimed at "galvanizing both sides into restarting peace negotiations which hit an impasse late September." Her visit comes in the wake of a recent initiative by Russia to have the UN Security Council send a delegation to the Middle East to try and restart Israeli-PA talks.
The restarting of the failed talks appears to be an urgent priority for many members of the EU and UN, despite the hectic political situation in the region and saber-rattling by Iran.
US President Barack Obama launched American-sponsored direct peace talks on September 2, 2010, and set a one-year time period for successful conclusion of the talks. The so-called Quartet - the European Union, United States, Russia and United Nations - reiterated its support for "concluding these negotiations by September 2011" earlier in February.
Ashton met Foreign Minister Avigdor Liberman on Tuesday. Voice of Israel government-run radio Israeli quoted Liberman as telling her that the international community must find a way to block Iran's nuclear ambitions before asking Israel to make concessions to the PA.

hostgator coupon 2011
Posted by Unknown at 8:27 PM No comments: Links to this post

Is this the second act of the play????

hostgator coupon 2011
Posted by Unknown at 7:11 PM No comments: Links to this post 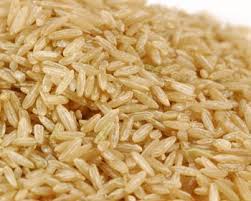 
hostgator coupon 2011
Posted by Unknown at 12:07 PM No comments: Links to this post


hostgator coupon 2011
Posted by Unknown at 9:10 AM No comments: Links to this post