PROPHETIC "Solar Eclipse And Near Miss Asteroid" Back In Time!!

BEIJING (Sputnik) – According to the spokeswoman, the exact military budget figures will be announced on Saturday, when China's National People's Congress will be presented with the budget draft.

"The military budget of China this year will grow again, but the rate of growth will be slower than last year. This year growth will amount to about 7-8 percent," Fu Ying said at a press conference on Friday.

Last year, China’s military spending amounted to about $135 billion, having increased by over 10 percent year-on-year from 2014. It was the slowest growth rate in five years.

In 2014, China's defense budget grew by 12.2 percent, amounting to $132 billion and ranking second in the world behind the United States.

"There's An Insurrection Coming... The American People Are Sick & Tired Of Crony Capitalism" 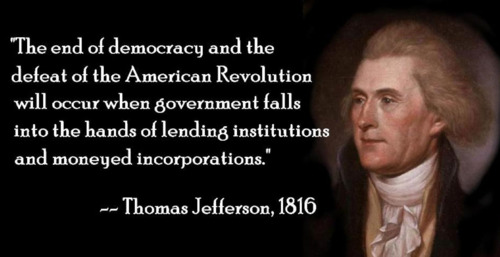 "There’s an insurrection coming. Mitt Romney just confirmed it. We’ve watched governors, the National Review, conservative leaders, establishment and party operatives trash Donald Trump. But Mitt Romney will always be remembered as the one who put us over the edge and awoke a sleeping giant, the Silent Majority, the American people.

Dewey and Ford emerged from a brokered convention to lose the general election. So why? Because the party elites and elders want to protect us and stop of from falling into the abyss?… Most of us working two or three jobs think we’re already in the abyss. The Obama abyss…

We are sick and tired of legislators of modest means who leave Congress multimillionaires, whose spouses and families get all the contracts from selling the post offices to accessing insider information so they can buy property and flip it. You’re so entrenched that you’re willing to give Hillary Clinton a win. It doesn’t matter to you which party, crony capitalism and its paradigm will not change for the elite."

And that is just the introduction... Grab a coffee (or something stronger) and watch...

"We're In The Eye Of The Storm" Rothschild Fears 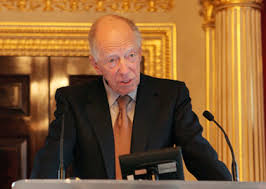 As central bank policy-makers' forecasts have become more pessimistic (i.e. more realistic), Lord Rothschild is unsurprised at the current malaise: "not surprisingly, market conditions have deteriorated further...So much so that the wind is certainly not behind us; indeed we may well be in the eye of a storm." On this basis, Rothschild highlights a "daunting litany of problems," warning those who are optimistically sanguine about the US economy that "2016 is likely to turn out to be more difficult than the second half of 2015."
Lord Rothschild Letter to Investors (via RIT Capital):

In my half-yearly statement I sounded a note of caution, ending up by writing that “the climate is one where the wind may well not be behind us”; indeed we became increasingly concerned about global equity markets during the last quarter of 2015, reducing our exposure to equities as the economic outlook darkened and many companies reported disappointing earnings. Meanwhile central banks’ policy makers became more pessimistic in their economic forecasts for, despite unprecedented monetary stimulus, growth remained anaemic.

Not surprisingly, market conditions have deteriorated further. So much so that the wind is certainly not behind us; indeed we may well be in the eye of a storm.

The litany of problems which confronts investors is daunting:
The risks that confront investors are clearly considerable at a time when stock market valuations remain relatively high.

There are, however, some influential and thoughtful investment managers who remain sanguine about markets in 2016 on the grounds that the US economy is in decent shape – outside of manufacturing – while they feel that economic conditions may be improving. To them, the decline in these markets may have more to do with sentiment than substance. Others are less optimistic but feel that the odds remain against these potential difficulties materialising in a form which would undermine global equity markets. However our view is that 2016 is likely to turn out to be more difficult than the second half of 2015. Our policy will be towards a greater emphasis on seeking absolute returns. We will remain highly selective when considering public and private investment opportunities. Reflecting this policy, our quoted equity exposure has been reduced to 43% of net asset value.

There’s an old saying that in difficult times the return of capital takes precedence over the return on capital. Our principle will therefore be to exercise caution in all things in the current year, while remaining agile where opportunities present themselves. Problems have a habit of creating opportunities and I remain confident of our ability to identify and profit from them during 2016.

Perhaps Lord Rothschild is on to something...
Credit to Zero Hedge

The Prophecy of Magog and Israel

Read more at http://www.breakingisraelnews.com/62672/blogs-prophecy-magog-israel/#h0W2LeDvAXQYfs5I.99
Posted by Unknown at 10:00 AM No comments:


North Korea has threatened to carry out an 'indiscriminate... pre-emptive strike of justice' against the U.S. and the South if the allies push ahead with a planned military drill on Monday.

The North's powerful National Defence Commission, citing the Supreme Command of the Korean People's Army (KPA), made the threat just days after leader Kim Jong-Un ordered the country's nuclear arsenal to be placed on standby for use 'at any moment'.

However, the secretive state's ability to follow through on such a threat is not known as, while North is known to have a small stockpile of nuclear warheads, experts are divided about its ability to mount them on a working missile delivery system. The North's powerful National Defence Commission made the threat to strike U.S. and South just days after leader Kim Jong-Un ordered the country's nuclear arsenal to be placed on standby for use 'at any moment'

Pyongyang has issued dire warnings of nuclear attack in the past, usually during periods of elevated military tensions of the Korean peninsula.

The order to place the country's arsenal on stand-by came in response to tough new UN sanctions imposed over the North's fourth nuclear test in January and last month's long-range rocket launch.

Today's statement was released ahead of the annual military drill carried out by South Korean and American troops in the neighbouring country.


Credit to Dailymail.co.uk
Read more: http://www.dailymail.co.uk/news/article-3479594/N-Korea-threatens-pre-emptive-nuclear-strike-South-US.html#ixzz42BgtV8I0
Posted by Unknown at 9:00 AM No comments:

Russia And USA Bring In Big Warships & Bombers To Syria