The God Particle Has Been Found?

Major General Aviv Kochavi said Tehran had provided the funds for the army which had then been trained by Hizbollah, the Lebanese Shiite group which is a close ally of the Islamic regime. It planned to expand the force to 100,000 men, he said.

Speaking at the annual Inter-Disciplinary Conference in Herzliya, Maj Gen Kochavi said Iran and Hizbollah had supported Mr Assad in the two-year civil war that has cost an estimated 70,000 because they were fearful of losing a strategic ally. But they were developing contingency plans for the day when he would fall from power.

“The damages of the imminent fall of Syria are very high for both Iran and Hezbollah,” he said.

“Iran is losing a sole ally in the region surrounding Israel. It will lose the ability to transfer weaponry through Syria to Hizbollah.

"Iran and Hizbollah are also preparing for the day after Assad’s fall, when they will use this army to protect their assets and interest in Syria.”

Iranian officials have previously acknowledged the presence of forces from the Islamic Revolutionary Guard Corps in Syria as advisers but have denied intervening in the conflict.

Maj Gen Kochavi also said Mr Assad was preparing to use Syria’s stockpile of chemical weapons, which Israel fears could fall into the hands of Jihadist fighters or Hizballah in the event of his regime crumbling.

“[He] is making advance preparations to use chemical weapons. He did not give the order yet, but is preparing for it.”

He said Iran’s nuclear programme — which Israel says is aimed at building an atomic bomb — had been slowed but not sufficiently to prevent it from developing weapons.

“At their current pace of enrichment of 14 kilograms of uranium per month, Iran would be able to manufacture 5-6 nuclear bombs, if the order is given,” he said.

“Iran is making sure not to cross any international red lines because the survival of the regime is the biggest priority.”

But Iran’s leaders did not see a “high likelihood” of a military attack on the country’s nuclear installations, Maj Gen Kochavi added, despite speculation about US or Israeli strikes .

The Economy is Fixed, Right? Wrong

Students in Bossier Parish will be saying goodbye to using cash, loose change, or cards to pay for lunch. The school district is adding palm scanning technology to each school cafeteria as the preferred option for students to buy lunch.

Parents received notification Wednesday of the installation of the palm scanners.

"Sometimes they say they do not get much time at all, they say they only get 10 or 15 minutes," says Bossier Parish parent Long Nguyen.

The scanners use infrared lasers to map out each student's vein coordinates. According to school officials, it will take only seconds for the system to recognize the student's data to purchase the lunch from their school account.

"There is no risk of personal information being shared," says Kim Anderson with MCS Software.

However, all parents are not convinced this is needed. KSLA News 12 received an email from one Bossier Parish parent who is concerned this technology will desensitize their student to the need to protect private information.

School Board officials say the system is adding an extra layer of security for students and parents.

Parents do have the option to opt out of the program.

Within 6 weeks this program will be active in all Bossier Parish Schools, and it begins at Waller Elementary School on Monday.

KSLA
Posted by Unknown at 12:00 PM No comments: Links to this post 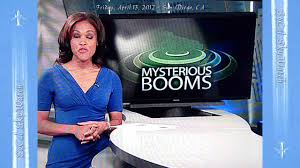 An earthquake in upstate New York could be to blame for the mysterious house-shaking boom that residents across Tiverton, Little Compton and Westport reported feeling on Wednesday night.

At approximately 8:40 p.m. on Wednesday, March 13, residents across the region dialed 911 to inform their local police station of a strange, earth-shaking phenomenon.

Homeowners from Crandall Road in Tiverton down to the Little Compton Commons reported feeling a brief earth-shaking boom.

According to the United States Geological Survey (USGS) a 2.3 magnitude earthquake was recorded in Indian Lake, New York - a short distance from the Vermont-New York state line.

On the government website, readers as far as Tiverton, Little Compton and Westport reported feeling after shocks from the quake.

Tiverton
Posted by Unknown at 11:00 AM No comments: Links to this post

North Korea has fallen victim to a massive cyber attack since Wednesday morning, a senior South Korean government official said. He added Seoul is trying to find out who is behind it.

"Internet resources of the country have come under a powerful hacker attack from abroad," Russia's ITAR-TASS news agency, which has a branch in Pyongyang, reported on Wednesday night. The country's websites apparently all went offline until late Thursday afternoon.

They included propaganda outlets like the Rodong Sinmun, the KCNA news agency and Naenara, which are blocked in South Korea.

An expert at a government-funded think tank in Seoul said it is unlikely that an attack on this scale was launched by an individual hacker since all websites with North Korea-based servers were affected and the attack lasted for two days.

The official insisted the South Korean government has nothing to do with it.

"It's inconceivable that the Internet network of the North has been under hacker attack for such a long period of time," said Ryu Dong-ryeol at the Police Science Institute. "It's likely that the regime has staged the incident itself as a way out of its current international impasse."


Chosunilbo
Posted by Unknown at 9:00 AM No comments: Links to this post

Colorado, the state which has suffered two of the deadliest mass shootings in U.S. history, has approved a raft of new gun laws.

After months of debate both chambers of the majority Democratic Colorado legislature approved a package of four gun-control measures yesterday.

The most controversial of the bills, now headed to the desk of Democratic Governor John Hickenlooper, is a ban on ammunition magazines with more than 15 rounds, which the governor said he will sign into law. Reform: Colorado has passed four new gun control measures which include a ban on ammunition magazines with more than 15 rounds Deadly history: People visit a memorial for the victims of the Colorado movie theatre shooting

The passage of the bills could push Colorado to the forefront of a national gun control debate reignited by several mass shootings last year, including the December massacre of 20 children and six adults at a school in Newtown, Connecticut.

President Barack Obama has put forward a number of gun control measures in the wake of the Newtown school shooting.

The sponsor of the Colorado magazine-limit bills, state House Representative Rhonda Fields, told fellow lawmakers in a floor debate on Wednesday the proposal was about 'saving lives.' Next step: The laws will now head to Governor John Hickenlooper who has indicated he will support most of the measures

'These are weapons that should be used in a theater of war and not in our local theaters,' said Fields, a Democrat whose district includes the suburban Denver movie theater where a gunman killed 12 people in a shooting rampage last July.

Colorado was also the site of the 1999 massacre at Columbine High School, where two teenagers shot dead a teacher and 12 other students before committing suicide.

Other bills included in the package of gun-control laws approved by Colorado lawmakers included a measure to make firearm buyers pay for their own background checks and a ban on online certification for concealed-carry permits, both of which Hickenlooper has said he supports.

Another measure would bar gun purchases by people convicted of domestic violence crimes. Hickenlooper had previously said he was undecided about that until he could see the final version.

One remaining gun-control measure to require background checks for all firearms transfers was sent to a conference committee yesterday, so that both chambers could hash out differences between the Senate and House versions.

Republican House minority leader Mark Waller issued a statement after the bills' passage, calling Democrats 'out of touch' with their constituents.

'More than 200,000 Coloradans are out of work but Democrats are more concerned with passing legislation that will send hundreds of jobs out of our state without any increase in public safety to show for it,' Waller said in a statement.

Read more: http://www.dailymail.co.uk/news/article-2293157/Colorado-approves-sweeping-gun-control-measures-Obamas-push-reform-gathers-pace.html#ixzz2NZxNYLGu
Posted by Unknown at 8:00 AM No comments: Links to this post

US drone escapes attack over Hormuz.

Middle East tensions are spiraling sharply six days before US President Barack Obama lands in the Middle East. Thursday night, March 14, an Iranian fighter jet tried to bring down a US Predator drone flying over Oman, i.e. the Straits of Hormuz - only to be warned off by flares from its US fighter escort.

This was not the first time a US drone was threatened by Iranian aircraft over the Persian Gulf, but in reporting the incident, the Pentagon revealed that the drones flying in the neighborhood of Iranian shores are now escorted by US jet fighters.

A couple of hours earlier that evening, DEBKAfile received an exclusive report from its military sources that the Syrian high command had just issued an ultimatum, on the orders of Bashar Assad, demanding that the Lebanese government put an immediate stop to the passage of armed Sunni fighters from Lebanon into Syria, else the Syrian Air Force would strike the Lebanese intruders’ convoys and also their home bases. Damascus claimed they were coming to fight the government alongside the al Qaeda-linked Jabrat al-Nusra.

Their incursion threatened to engender a major spillover of the Syrian conflict into Lebanon.
The danger of hostilities inching close to the Syrian port of Tartus, where Moscow maintains a naval base, decided the Russian Navy to instruct three warships carrying 700 marines to Tartus to change course and put in at Beirut instead.

DEBKAfile
Posted by Unknown at 6:00 AM No comments: Links to this post