The bad news is physicists believe the universe could have its own self-destruct button. The good news is it probably won’t get pushed for billions of years.The so-called self-destruct mechanism revolves around the Higgs boson, or “God particle,” which was finally discovered by scientists at the Large Hadron Collider in 2012. In the documentary film, Particle Fever, which chronicled the historic discovery, scientists found that the mass of the particle was 125 GeV. This is significant because it split the difference between two competing schools of thought: one proposed a Higgs mass of 140 GeV, which would support the idea that our universe is situated inside a multiverse; the competing theory posited that the mass would be 115 GeV, which would support a ‘supersymmetry’ model of the universe. The conclusion substantiated neither theory.

Despite solving one of the great mysteries of modern science — shoring up the theoretical underpinnings of three of the four fundamental forces of the universe — the Higgs boson particle struck some physicists as problematic. One of them was Stephen Hawking. Hawking, who lost a $100 bet when the particle was discovered, began assembling a collection of essays called Starmus, which argued the “God Particle” may, in fact, be what destroys the universe.

credit to SkyWatch
Posted by Unknown at 12:00 PM No comments:

NATO vs Russia Everyone Else Loses

Everybody Is Telling Me That Trump Is Going To Win – So Why Do I Have Such An Ominous Feeling? 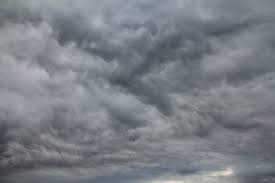 I hope that I am wrong.  On Tuesday night we will find out who our next president will be, and I have a very ominous feeling about what is going to happen.  But all around me there are people telling me that Trump is going to win.  They tell me to disregard the polls because they cannot be trusted, and that very well may be true.  They tell me that new voters and independent voters will overwhelmingly vote for Trump, and they tell me that it is obvious that Trump has more enthusiasm for his campaign because of the size of his rallies.  I have even heard some people say that God told them that Donald Trump is going to win the election.  Well, we will find out on Tuesday night who was right and who was wrong.  Personally, I don’t know what is going to happen, but I am quite skeptical of Trump’s chances and I can’t shake this ominous feeling about what Tuesday night will bring.
Even if Trump could legitimately get the votes that he needs, would the elite just stand by and allow him to win the election?  There was evidence of widespread fraud in the last election, and there have already been reports of vote switching in this election.  Bev Harris of blackboxvoting.org has been documenting how our elections have been stolen for many years, and at this point I have very little faith in the integrity of our system.
But I still voted.
Early voting is available where I live, and on Friday I voted for Donald Trump.
I just wish that I could believe that my vote is going to matter.  On Sunday we got another glaring example of how rigged the system is.  In a letter to Congress, FBI Director James Comey announced that his agency is ending the investigation into Hillary Clinton’s emails. By some miracle, the FBI was able to examine approximately 650,000 emails in just eight days.  But there are only 691,200 seconds in eight days.  So the FBI somehow reviewed these emails at the rate of about one every second, and now they have conveniently come to the conclusion that Hillary Clinton is totally innocent just two days before the election.
When this story broke, it really did hit me on an emotional level, and I already detailed my thoughts in an article for The Most Important News entitled “I Just Lost All Faith In Our Deeply Corrupt Legal System And In The Rule Of Law In The United States“.  I don’t know how any American is going to be able to have faith in our system of justice after this.  We truly do live in a lawless nation, and if the American people elect Hillary Clinton they are willingly choosing lawlessness.
But let’s pretend for a moment that our elections are completely and totally fair and that Donald Trump has an honest chance.  Even though the polls have tightened up over the past week, it is still very difficult to see a path to victory for Trump.
Virtually everyone agrees that the electoral map gives the Democrats a built-in advantage.  In order to win the election, Donald Trump is going to have to win all of the “battleground states” plus steal a mid-size state from Hillary’s column.
For Hillary, there are many paths to victory for her.
If Hillary Clinton wins Florida, she wins the election.
If Hillary Clinton wins Ohio, she wins the election.
If Hillary Clinton wins North Carolina or Arizona, she almost certainly wins the election.
In order for Donald Trump to win, he has got to win Florida, Georgia, North Carolina, Ohio, Iowa, Arizona, Nevada and either Pennsylvania or Michigan.
Of course that is possible, but it is not probable even if the fight was fair.
And apparently I am not the only one that has an ominous feeling about what is coming.  NBC News is reporting on a tremendous surge in emergency food sales as preppers get ready for the outcome of this election…

In case of an election night Doomsday, preppers are running up sales of emergency survival food.
While sales for “long term food” typically see an increase around natural disasters and elections, “this is more intense than what we saw in 2012,” said Keith Bansemer, VP of marketing for My Patriot Supply, a manufacturer and seller of survival food. During the previous election his company saw sales double. This time it’s triple.
“We have everyone we can on the phones,” he said. “We are overwhelmed.”

As the most divisive presidential election in recent memory nears its conclusion, some armed militia groups are preparing for the possibility of a stolen election on Nov. 8 and civil unrest in the days following a victory by Democrat Hillary Clinton.
They say they won’t fire the first shot, but they’re not planning to leave their guns at home, either.

Tens of millions of Americans are very deeply emotionally invested in this campaign, and undoubtedly some of my readers will get upset with me for writing this article.
But I am not writing this article to get people down.  In fact, I am strongly urging everyone to vote.
If you don’t vote now, you may never get a chance to vote in a pivotal election such as this one ever again.
And everyone needs to be watching for signs of election fraud when they go to vote.  People are freaked out about the potential for a stolen election because of what has happened in the past, and we want to do our very best to make sure that it doesn’t happen this time.
If Donald Trump wins on Tuesday, I will be very, very happy to have been proven wrong.
And if Hillary Clinton wins, I will take absolutely no joy in being right.
I truly do believe that this election represents America’s “last chance”.  The most evil politician in the entire country is on the verge of becoming our next president, and the American people have a decision to make.
If the American people willingly choose Hillary Clinton, I believe that will be the final nail in our coffin.

Alex Jones: Emergency Message To Patriots In FBI and NYPD

Secretary General of Nato, Jens Stoltenberg, said the allied nations are putting hundreds of thousands of troops in a state of high alert in an effort to deter a mounting threat from Moscow.

While Nato cut its defence budget and military investment since the fall of the Soviet Union, Russia has been bolstering its military capabilities, holding parades involving more than 100,000 troops each year. “We have seen a more assertive Russia implementing a substantial military build-up over many years; tripling defence spending since 2000 in real terms; developing new military capabilities; exercising their forces and using military force against neighbours.

He told the Times: “We have also seen Russia using propaganda in Europe among Nato allies and that is exactly the reason why Nato is responding. We are responding with the biggest reinforcement of our collective defence since the end of the Cold War.”

Adam Thomson, the outgoing permanent representative to Nato, estimates that at present, it would take the military alliance 180 days to deploy a force of 300,000, and that speeding up this rate is of top importance.

Last week, Moscow was seen as deliberately antagonising Nato by sending hundreds of paratroopers to a Serbian airbase despite Nato holding disaster relief exercises just 150 miles away in Montenegro.