LOS ANGELES — Sardines and other small fish in the hundreds of thousands washed up dead overnight in the harbor area of Redondo Beach, Calif., just south of Los Angeles, puzzling authorities and triggering a cleanup effort.


Local television news footage showed the mass of dead fish, said by a police spokesman to be about a foot deep on the surface, choking the waters in and around dozens of private boat slips in the King Harbor Marina.


"It looks like they just swam in the wrong direction and ended up in a corner of the pier that doesn't have any free-flowing oxygen in it," Hughan said.
It is one of the biggest dead fish cases since the beginning of the 2011 when the dead birds and fishes begging to appear.

Russia says will complete Bushehr project 'in near future'

Russia will complete the nuclear reactor in Iran's Bushehr in the near future, the Russian ambassador in Tehran said Tuesday, two weeks after operation of the long-anticipated facility was delayed.
Iran had to unload fuel from the reactor at the Bushehr power plant in late February, the latest delay to hit the project. The giant plant was meant to start feeding electricity into the national grid in the same month.
The fuel was provided by Russia, which built the plant.
Russia said a breakdown in one the reactor's cooling pumps necessitated the removal of 163 fuel rods from its core.
Observers say the Stuxnet computer virus which Iran previously admitted had infected the reactor in September may be responsible.
Envoy Alexander Sadovnikov said it was better to solve the problem now in order to prevent similar setbacks happening in the future.
"We will finish the project in the near future," Sadovnikov said in an interview with Iran's semi-official Mehr news agency. "It is as much an objective for us as it is for Iran."
Iran is subject to a series of UN Security Council sanctions over its refusal to stop uranium enrichment.


“Currently, the formation of a new world order is of prime importance and it is upon the independent countries to prevent the same old oppressive order from insinuating itself into a new form,” the website of the Iranian president's office quoted him as saying in a meeting with India's National Security Advisor Shiv Shankar Menon in Tehran on Monday.

Ahmadinejad underlined the role of Iran's and India's cultural background and said the issue of culture will significantly contribute to the new world order.

For his part, the Indian official lauded his country's relations with the Islamic Republic and emphasized India's willingness "to establish all-out strategic relations with Iran.”

Trade volume between Iran and India reached almost $13 billion in 2007 after business between the two countries jumped by 80 percent. 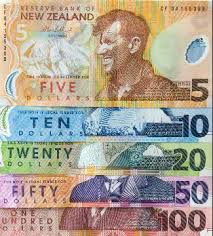 The kiwi, the currency’s nickname, rebounded from the weakest level since September against the yen as traders reduced their bets that the central bank will cut interest rates at its meeting this week. Australia’s dollar continued to weaken against most major currencies as oil touched a 29-month high, which spurred concern that global economic growth may slow.

“It seems traders are adjusting their positions after seeing a rapid drop in the kiwi,” said Toshiya Yamauchi, a senior currency analyst in Tokyo at Ueda Harlow Ltd., which provides foreign-exchange margin-trading services. “Rising oil prices will keep weighing on stocks and thus the Australian dollar as long as uncertainty remains in the Middle East.”

The kiwi rebounded from the lowest level since September against the yen as the 14-day relative strength index for the currencies fell to 29.5 yesterday, below the 30 threshold that some traders see as a sign an asset’s price has fallen too far and is poised to rise. The gauge for New Zealand’s currency versus the U.S. dollar dropped to 32.7 yesterday.

Raise Not Cut
Swaps traders are betting that the Reserve Bank of New Zealand will add 5 basis points to its benchmark rate of 3 percent during the next 12 months, according to a Credit Suisse Group AG index. The gauge signaled a cut of 20 basis points on March 2. A basis point is 0.01 percentage point.

Oil traded near a 29-month high in New York as OPEC members are discussing whether to hold an emergency meeting and any decision on increasing oil output would be taken then, Sheikh Ahmad al-Abdullah, Kuwait’s oil minister said.

Saudi Arabia drafts in up to 10,000 troops ahead of protests

Saudi Arabia is drafting in up to 10,000 security forces to the north eastern Muslim Shia provinces ahead of mass protests planned next week.

Desperate to avoid mass uprisings against the House of Saud, security forces have deployed in huge numbers across the region.
King Abdullah is also reported to have told neighbouring Bahrain that if they do not put down their own ongoing Shia revolt, his own forces will.
In response to the massive mobilisation, protesters are planning to place women on the front ranks to discourage Saudi forces from firing on them.
In Yemen, President Ali Abdullah Saleh set off a deadly battle for survival last night as he rejected an opposition peace proposal and ordered troops to fire on demonstrators, killing four. Efforts to suppress demonstrations by the key ally in the “war on terror” could jeopardise rising volumes of Western aid flooding into the country, diplomats warned.
President Saleh rejected an opposition proposal that would have brought demonstrations to a standstill in return for a promise to step down by the end of the year. Yemeni troops used rockets and machineguns to attack demonstrators in the north of the country, killing four and injuring nine. 
WASHINGTON – US President Obama this week called on Jewish leaders to speak to their colleagues in Israel and to “search your souls” over Israel's seriousness about making peace, the Jewish Telegraphic Agency reported Wednesday.

According to participants, Obama told the Jewish leaders that Palestinian President Mahmoud Abbas is eager to secure his legacy by establishing a Palestinian state and would accept a decent offer if one were on the table.

“The Palestinians don't feel confident that the Netanyahugovernment is serious about territorial concessions,” the president reportedly said.

Obama also reportedly said that the Jewish sections of Jerusalem would remain in Israeli hands as part of any peace deal, but that the Arab sections would not.

JTA reported that in an hour-long meeting at the White House Tuesday with some 50 representatives from the Jewish community’s chief foreign policy umbrella group, the Conference of Presidents of Major American Jewish Organizations, Obama reiterated the US commitment to Israel.


The Jewish leaders noted the president's affirmation of his "deep commitment to Israel's security," according to JTA.

Several participants at the meeting told JTA that the president also implied that Israel bears primary responsibility for advancing the peace process. They interpreted the president’s comments as either hostile, naive or unsurprising.

“Many people felt that their worst fears about Obama were confirmed with respect to Israel,” one participant was quoted as saying by JTA. “They felt an enormous hostility towards Israel.”

However, other participants disagreed and said meeting was a positive one. According to JTA, they described the president as “thoughtful” and “forthcoming” in his remarks, and said no new ground was broken.