hostgator coupon 2011
Posted by Unknown at 6:00 PM No comments: Links to this post

In the U.S., ‘the mother of all jobless recoveries’

When U.S. Federal Reserve chairman Ben Bernanke held court during his historic first press conference last week, he mentioned inflation, which is half of the central bank’s twin mandate, more than 80 times.

The other half of the mandate – employment – rated only 16 references. That’s partly because of the questions that were posed and partly because the central bank simply doesn’t have the weapons to tackle stubbornly high unemployment.

It also underscores the remarkable lack of enthusiasm in U.S. policy circles for attacking the most serious fallout from the housing and credit collapse and subsequent severe recession. Even as millions of Americans run out of extended jobless benefits, politicians at every level are turning their attention to belt-tightening and the Federal Reserve is again preoccupied with the risks of inflation.

The latest U.S. employment numbers due on Friday are expected to show slightly lower job creation in April and a jobless rate holding steady at 8.8 per cent. That’s an improvement over unemployment rates closer to 10 per cent late last year, but well above the Fed’s own target of about 5.5 per cent, something even the central bank doesn’t expect to see for at least another five years.

The Fed and most analysts predict these numbers will improve gradually over the next several years, in step with a continuing slow economic recovery. They are counting heavily on rising profits in the private sector translating into increased capital spending and job growth.

But that is simply an illusion, some prominent economists insist.

“This goes down really as the mother of all jobless recoveries,” said David Rosenberg, chief economist and strategist with Gluskin Sheff + Associates. “Especially when we’re still digging out of a hole. Barely a fifth of [U.S.] employment losses have been recouped. That’s a rarity for the second year of a recovery cycle. It’s never happened before.”

One huge obstacle to a quicker pace of U.S. job growth is the enormous cutbacks by debt-strapped state and local governments, whose share of total spending is 40 per cent larger than that of the private sector.

“I don’t think there’s a full appreciation that, outside of consumer spending, this is the largest contributor to GDP in the United States,” Mr. Rosenberg said in an interview. “You’re seeing incredible cuts that are going to continue, and not just at the local level.”

Even as local and state cuts level off, expected federal cutbacks stemming from budgetary tightening and an end to fiscal stimulus will almost certainly mean further job losses in the second half of the year.

Another impediment to a job recovery stems from the destruction in the U.S. housing market. Millions of Americans are stuck with negative equity in their homes, which means they can’t simply pick up and move elsewhere for employment without writing a big cheque to their lenders, Mr. Rosenberg noted.

So there goes some of the vaunted labour mobility that helped spark relatively quick U.S. job recoveries after previous recessions.

“Long-term unemployment, once rare in this country, has become all too normal,” economist Paul Krugman said in his latest New York Times column. “More than four million Americans have been out of work for a year or more.”MORE:
http://www.theglobeandmail.com/report-on-business/economy/economy-lab/daily-mix/in-the-us-the-mother-of-all-jobless-recoveries/article2007129/?utm_medium=Feeds%3A%20RSS%2FAtom&utm_source=Report%20On%20Business&utm_content=2007129

The Globe and Mail
hostgator coupon 2011
Posted by Unknown at 4:00 PM No comments: Links to this post

Global terror sustains harsh blow, but not a grave one: Israeli experts told Ynet Monday that while Osama bin Laden's assassination carries symbolic significance, it will not end global terrorism.

In the wake of the bin Laden era, terror groups worldwide will have growing motivation to carry out revenge attacks, said Dr. Boaz Ganor, who heads the International Institute for Counter-Terrorism in Herzliya.

In the immediate future, terrorists will attempt to target US embassies worldwide as well as American citizens and symbols, he said. Next, terror groups will aim to initiate attacks to be carried out by radical Islamists in the Western world, such as the London bombing in 2005, he added.

In the intermediate term, Ganor said, al-Qaeda affiliates may carry out major attacks against US and Western targets, especially in the Middle East and Africa. Yemen may be prone be particularly prone for such attacks, he said.

In the long term, al-Qaeda may attempt to carry out a mega-attack similar in scope to the September 11 offensive, Ganor said.

"Such attack, should it take place, will likely be carried out in the longer term given the need to get organized and prepare such complex operation," he said. "In recent years, al-Qaeda tried to carry out attacks of such scope by failed, mostly as result of better US intelligence capabilities as well as limited abilities due to Western blows."

Professor Eyal Zisser, who heads Tel Aviv University's Humanities Faculty and specializes in Middle East affairs, told Ynet that "bin Laden was the man who established the terror organization, the 'brains' behind it and the man who financed its activity, and in this respect this is a serious blow to the organization."

"However, this does not mark the elimination of global terror," he said.

Iranian state tv: Israeli military aircraft were massing at a U.S. air base in Iraq for a strike on Iran.

(Reuters) - Iranian state television ran a report Monday saying Israeli military aircraft were massing at a U.S. air base in Iraq for a strike on Iran.

Israel said it had no knowledge of such a strike plan, as reported on the website of Iran's English-language Press TV, and Iraq's air force commander denied the report. The Pentagon dismissed it as "ridiculous."

Press TV quoted what it said was a source close to the movement of Moqtada al-Sadr, an Iraqi Shi'ite cleric who opposes the U.S. presence in Iraq and has close ties to Iran's leaders.

Israeli leaders have not ruled out military action against Iran.

However, there has been no recent indication of increased tensions and no other information Monday to corroborate the Iranian television report.

An Israeli army spokeswoman said she had no knowledge of any such report and said the military did not comment on operational matters. Iraqi air force commander Staff Lieutenant General Anwar Ahmed rejected the report as "groundless."

"The al-Asad base (mentioned by Press TV) exists on Iraqi territory. We can never accept launching any military attack against any of the neighboring countries, whether Iran or any other country, from Iraqi lands," he told Reuters.

Colonel Dave Lapan at the Pentagon said there was no truth to the report.

The United States and its Western allies suspect Iran is using its nuclear energy program as a cover to build bombs. Iran denies the allegation, insisting it needs nuclear technology to generate more electricity.

Iran has repeatedly warned that it would strike Israeli nuclear targets if Israel attacked its nuclear activities.

Iran does not recognize Israel, which it calls the "Zionist regime." Israel, believed to be the only nuclear-armed country in the Middle East, bombed Iraq's only nuclear reactor to rubble in 1981 when Saddam Hussein was in power in Baghdad.hostgator coupon 2011
Posted by Unknown at 1:00 PM No comments: Links to this post

US Debt Rating Should Be 'C': Independent Agency

There have been increasing concerns about the fate of United States' prized triple-A sovereign debt rating. While Standard and Poor's recently downgraded its U.S. debt outlook to negative from stable, implying that a ratings cut could happen in two years, one independent ratings agency has given the U.S. sovereign rating a "C".

"A 'C' is equivalent to approximately a triple-B on the S&P, Moody's and Fitch scales. It's two notches above junk and one notch above the equivalent of a single A," Martin Weiss, President of Weiss Ratings, told CNBC Tuesday.

Weiss was quick to add that while the rating seems weak, the debt situation is not in a danger zone that would trigger panic, noting that there was still broad market acceptance for Treasurys.

The grade reflects the U.S. massive debt burden, low international reserves and the volatility in the American economy, he said.CNBC

hostgator coupon 2011
Posted by Unknown at 11:45 AM No comments: Links to this post

MK: Israel Can Annihilate Iran in a Second


National Union party Chairman MK Yaakov ("Ketzaleh") Katz pushed the envelope of official ambiguity Monday regarding Israel's offensive nuclear capabilities. MK Katz said that Israel has the ability to destroy enemies like Iran and Syria "in a second's time."
The statement is most likely a reference to military nuclear capabilities, which Israel has never officially admitted to possessing.

Speaking at a session of a Knesset lobby dedicated to teaching the lessons of the Holocaust, the fiery, Biblically-bearded MK Katz said the greatest revenge against the Germans, who desired to annihilate the Jewish people, is the Jewish nation's fertility and natural growth.

Ketzaleh opined that Israel should end the custom of bringing visiting heads of state to Holocaust memorial museum Yad VaShem. Such visits, he said, show the dignitaries a humiliating, Diaspora side of the Jewish nation.

Instead, he said, Israel should show visitors the pinnacles it has reached since the Holocaust and despite it.

"We must show them that we have the capability to destroy Iran within a second's time, and Syria in a minute's time, should they dare lift a hand to us," he said.

The Arab League has called for an end to Israel policy of ambiguity regarding its alleged stockpile of nuclear weapons.

The NU is not a member of the government coalition and MK Katz holds no government position. He is, however, a decorated Yom Kippur War hero who served in an elite IDF unit, as do his sons today.

hostgator coupon 2011
Posted by Unknown at 8:16 AM No comments: Links to this post 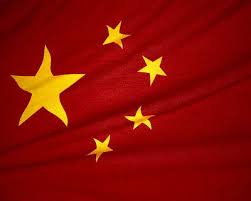 BEIJING (Reuters) - China again urged an end to fighting in Libya on Monday, saying it has "always opposed" any action not authorised by the U.N. Security Council, after Libya said Muammar Gaddafi's youngest son and three grandchildren were killed in a NATO airstrike.

"We hope all parties can cease fire immediately and solve the current crisis in a peaceful way through dialogue and negotiation," Jiang Yu, a Foreign Ministry spokeswoman, said in a statement on the website.


She added that China was concerned about the rising number of civilian casualties from the conflict.


The deaths of Gaddafi's family members are sensitive as they will likely feed accusations that NATO has over-stepped its U.N. mandate to protect Libyan civilians.


Libyan officials have said the deaths were part of an attempt to assassinate Gaddafi.


China's government has been critical of the West's airstrikes on Libya from the start, having abstained from a U.N. Security Council vote that authorised intervention.


Some analysts said China's strident opposition arises in part from a fear that it may some day see its own power challenged by demands for human rights and democracy.


Gaddafi, who is fighting a rebellion against his authoritarian rule, has pressed an offensive against rebel forces after his son was killed, with his supporters burning Western embassies in Tripoli.

hostgator coupon 2011
Posted by Unknown at 5:58 AM No comments: Links to this post