The Hidden Motives Behind The Federal Reserve Taper

Perhaps at this point even more pervasive QE programs would recommence, perhaps not. At bottom, though, the taper is not a peripheral issue. It is an action at the center of a much more elaborate process, an action that seems to have been undertaken in preparation for a larger event. The next year is shaping up to be the most chaotic since the debt crisis began in 2008, and as the situation progresses, the subtleties of the Federal Reserve and the international banks that back it must not go unnoticed, or in the end, unpunished.
Cedit to Zero hedge
Posted by Unknown at 12:00 PM No comments: Links to this post

Earlier this week, Japan said it would buy advanced equipment including drones and amphibious vehicles.

It comes as Tokyo is embroiled in a bitter row with Beijing over islands in the East China Sea that both claim.

He accused Tokyo of using its national security as a pretext for military expansion.

The announcement of more Japanese military spending came weeks after China established an air defence identification zone over a swathe of the East China Sea, including islands controlled by Japan.

Prime Minister Shinzo Abe says he wants Japan to broaden the scope of activities performed by the military - something currently tightly controlled by the post-war constitution.

According to the Stockholm International Peace Research Institute, Japan ranks fifth in the world for military spending while China is in second place behind the US.

Credit to BBC
Posted by Unknown at 11:00 AM No comments: Links to this post

“The commissioning of the vessel into the fleet, as well as a flag-raising ceremony on the ballistic missile submarine Alexander Nevsky, will be held on December 23,” the source told RIA Novosti.

Russian Defense Minister Sergei Shoigu will attend the ceremony at the Sevmash shipyard in the northern city of Severodvinsk, the official confirmed.

Earlier media reports said the ceremony was planned for December 21, while the Defense Ministry said last month that delivery of the boat would be delayed until 2014 following the failure of an on-board missile system during sea trials in September.

The Alexander Nevsky, with a length of nearly two football fields, can carry sixteenBulava missiles, each fitted with up to 10 independently targetable nuclear warheads. The first vessel of the Borey class, the Yury Dolgoruky, entered service in January.

Ballistic missile submarines comprise one leg of Russia’s strategic nuclear triad, along with land-based ICBMs and the bomber force.

Russia ultimately expects eight Borey-class subs to enter service by 2020. The third in the class, the Vladimir Monomakh, is expected to start state-acceptance trials this month. 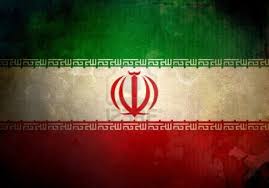 Iran kicked off a series of “large-scale” war games on Thursday to test the country’s air defenses, fighter jets, and bomber planes in the Persian Gulf region, according to regional reports.

The drills began Thursday in the south of Iran near the Persian Gulf and the Strait of Hormuz, a critical global shipping lane that Tehran has threatened to attack and choke off in the past.

The “technical core” of the war drills is to test Iran’s “air-to-air combat” prowess and its targeting of “flying objects,” according to reports in the country’s state-run media.

The military drills will unfold in three stages, according to Iranian Air Force Brigadier General Alireza Barkhor, who spoke to Iran’s state-run media about the war games.

The first phase begun today includes reconnaissance missions while the second phase starting on Friday will test a slew of “fighter jets, bomber jets, logistics, light, and reconnaissance aircraft” around the Persian Gulf area, according to Iran’s Tasnim News Agency.

The air force drills come as the Obama administration seeks to coax Iran back to the bargaining table after a breakdown in talks aimed at stopping Iran’s contested nuclear program.

The third phase of Iran’s war games will focus on “civil defense tactics,” according to Barkhor, though it remains unclear from reports exactly what this entails.

Friday’s set of drills will focus mainly on Iran’s “Southern waters,” according to comments by Barkhor reported by Iran’s Fars News Agency.

Iran believes the drills will send a warning to the West and reassurance to its regional allies.

The “drill seeks to send a message of peace, friendship, and security to the regional countries,” Barkhor was quoted as telling Fars.

Iran last tested its air force in September when it launched a series of drills focused on “electronic war operations” and other bomber missions.

Former Pentagon adviser Michael Rubin said the military drills are a sign that Iran’s reconciliatory rhetoric is not resonating with the regime’s military wing.

“Really, these war games show not much has changed inside the Islamic Republic. It’s business as usual,” said Rubin. “The war games certainly drive home the point to American allies that Iran is resurgent while America is in retreat.”

Iran continued to express frustration and anger with America over the recent enforcement of existing sanctions.

Tehran believes that the new designations violate the recently reached interim nuclear accord and are a sign of bad faith.

“The United States’ recent sanctions against Iran meant its lack of care and respect for the Geneva nuclear deal with Iran,” Fars wrote above a political cartoon that portrayed America as stabbing nuclear negotiators in the back.

Lawmakers in Washington are trying to resuscitate a new Iran sanctions bill that the White House opposes.

The bill would level new sanctions on Iran should it fail to comply with Western demands within a six-month negotiating period.

Credit to Washington free Beacon
Posted by Unknown at 7:00 AM No comments: Links to this post