Spanish house price crash as Values drop 13% in a year 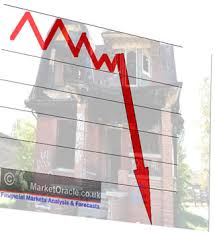 Spanish house prices nosedived at the sharpest pace since current records began in the first three months of this year, data has found.

The sharp slump in the property market spells further bad news for the country’s ailing banks who have huge exposure to the flagging housing market.

This is the biggest fall since it began recording property prices in 2007, before the global economy suffered badly.

Prices in major regions, such as the capital Madrid and Catalonia - which is made up largely by Barcelona - have suffered particularly badly, with prices in the Madrid region down 14.2 per cent and Catalonia 14.9 per cent.

The drastic fall in house prices is having a detrimental impact on expats who have bought property in the country, especially those who are retired. A huge speculative building boom along Spain's coast saw prices driven up and then come crashing down far further that the average reported falls.

In some coastal resorts, popular with those who have retired for a life in the sun, an eye-watering 70 per cent has been shaved off house prices in the last five years as people struggle to sell their properties.

Money Mail revealed how one couple had their Spanish property on the market for three years before it finally sold and took a massive hit on the property. And it is a story that is becoming a familiar tale in what is now being labelled ‘Costa Catastrophe’.

Burt, from Lancaster, in the reader comments section of the story, said: ‘I have met so many people trying to sell a property in Spain who refused to reduce the asking price on the principle that the property is 'worth' what they are asking, only to let it go years later for a fraction of what they were first offered. Property, like everything else, is only worth what someone is willing to pay for it.’

Read more: http://www.dailymail.co.uk/money/mortgageshome/article-2159303/Spanish-house-prices-drop-13-year.html#ixzz1xsfPpq7A
Posted by Unknown at 10:00 AM No comments: Links to this post