This is the information colected about the extrange sound on the video..
Most of the ones on this map lasted between 20 and 30 minutes and some said the ground was vibrating also. Many of them thought it was a tornado and several of them saw flashes of light in the sky as well. A woman said her husband continued to work while fully aware he was being bombarded with radiation. In a heartbreaking email, he told his wife: 'Please continue to live well, I cannot be home for a while.'
One girl tweeted in a message translated by ABC: 'My dad went to the nuclear plant, I've never seen my mother cry so hard. People at the plant are struggling, sacrificing themselves to protect you. Please dad come back alive.'
But it is becoming even more pressing that the Fukushima succeed after it was revealed today that Tokyo's tap water has been contaminated by unusual levels of radiation.
The government have issued a warning to all mothers urging them not to let babies drink the tap water. The warning came after it emerged last night that radioactive particles have reached Europe and are heading towards Britain in the wake of the catastrophe that officials say could cost up to £190billion - making it the costliest natural disaster in history.
And fresh safety concerns arose today as black smoke was spotted emerging from Unit 3 of the plant, prompting a temporary evacuation of all workers from the complex, operators Tokyo Electric Power company said.
Tokyo Water Bureau officials said levels of radioactive iodine in some city tap water contained 210 becquerels per litre of iodine 131 - two times the recommended limit for infants.
They warned parents not to give babies tap water, although they said it is not an immediate health risk for adults.
Nearly two weeks after the twin March 11 disasters, nuclear officials were still struggling to stabilise the damaged and overheated Fukushima Dai-Ichi plant, which has been leaking radiation since the disasters knocked out the plant's cooling systems.
Radiation has seeped into vegetables, raw milk, the water supply and even seawater in the areas surrounding the plant.
Meanwhile, officials in Iceland have detected ‘minuscule amounts’ of radioactive particles believed to have come from Fukushima, the site of the worst nuclear accident in 25 years. Read more: http://www.dailymail.co.uk/news/article-1369216/Japan-nuclear-crisis-Fukushima-Fifty-pictures-inside-nuclear-power-plant.html#ixzz1HXIkH5Lahostgator coupon 2011
Five are believed to have already died and 15 are injured while others have said they know the radiation will kill them.
The original 50 brave souls were later joined by 150 colleagues and rotated in teams to limit their exposure to the radiation spewing from over-heating spent fuel rods after a series of explosions at the site. They were today joined by scores more workers.
Japan has rallied behind the workers with relatives telling of heart-breaking messages sent at the height of the crisis.

WASHINGTON — New U.S. single-family home sales unexpectedly fell in February to hit a record low and prices were the lowest since December 2003, a government report said Wednesday.
The Commerce Department said sales dropped 16.9% to a seasonally adjusted 250,000 unit annual rate, the lowest since records began in 1963.
Economists polled by Reuters had forecast new home sales edging up to a 290,000-unit pace last month from a previously reported 284,000 unit rate.
Compared to February last year sales were down 28%.
An oversupply of homes exacerbated by an increasing flood of properties falling into foreclosure is frustrating recovery in the housing market.
The median sales price for a new home tumbled 13.9% last month to $202,100, the lowest since December 2003. Compared with February last year, the median price fell 8.9%.
At February's sales pace, the supply of new homes on the market rose to 8.9 months worth, the highest since August, from 7.4 months worth in January.
Thomson Reuters 2011 Gold rose to within a whisker of its all-time high Wednesday, as record low U.S. new home sales stirred talk of extended central banks’ accommodative policies, and a possible collapse of Portugal’s government rekindled euro zone debt worries.
Bullion rose 0.6% to just short of its record US$1,444.40 an ounce set on March 7, rebounding over 4% in the last eight sessions amid safe-haven buying and ongoing Western air strikes on Libya.
Political unrest in other Arab countries also underpinned gold as Yemen’s president offered to step down by year end to appease mounting demands for his resignation.
Spot gold rose 0.6% to US$1,437.55 an ounce by 2:29 p.m. EDT (1829 GMT).
Gold accelerated gains to hit a session high of US$1,440.90, its highest since March 7, after data showed the U.S. housing market slide was deepening as new home prices fell to their weakest since 2003.
U.S. April futures settled up 0.7% at US$1,438 an ounce.
“The new home sales data inspired some to think that we may not see the demise of QE2, and we are going to see money printing continue past its potential expiration at the end of June,” said Mark Luschini, chief investment strategist of broker-dealer Janney Montgomery Scott with US$53-billion assets under management.
The Federal Reserve’s improved view of the U.S. recovery and heightened vigilance on inflation had suggested it will wrap up its monetary easing once it completes its US$600-billion bond buying program — dubbed QE2 because it is the second round of quantitative easing — at mid-year.
“That would likely mean more stimuli and more prospect for inflation, and that’s gold friendly,” Luschini said.
While commodity markets were mostly quiet on Wednesday, gold was one of the most actively trading markets with volume approaching 140,000 contracts at midday.
Spot silver soared to a 31-year peak of US$37 an ounce, surpassing its previous high set two weeks ago. It later gained 2.3% to $37.17 an ounce.
Year to date, silver has gained over 20%, and gold was up just over 1%. Silver was boosted by near-term supply tightness and strong industrial demand on expectations the global economy continued to recover.
Finantial Post


Tokyo Electric Power Co. said Wednesday it has observed a neutron beam, a kind of radioactive ray, 13 times on the premises of the Fukushima Daiichi nuclear plant after it was crippled by the massive March 11 quake-tsunami disaster.
TEPCO, the operator of the nuclear plant, said the neutron beam measured about 1.5 kilometers southwest of the plant's No. 1 and 2 reactors over three days from March 13 and is equivalent to 0.01 to 0.02 microsieverts per hour and that this is not a dangerous level.
The utility firm said it will measure uranium and plutonium, which could emit a neutron beam, as well.
In the 1999 criticality accident at a nuclear fuel processing plant run by JCO Co. in Tokaimura, Ibaraki Prefecture, uranium broke apart continually in nuclear fission, causing a massive amount of neutron beams.
In the latest case at the Fukushima Daiichi nuclear plant, such a criticality accident has yet to happen.
But the measured neutron beam may be evidence that uranium and plutonium leaked from the plant's nuclear reactors and spent nuclear fuels have discharged a small amount of neutron beams through nuclear fission.
Kyodo News


hostgator coupon 2011
Posted by Unknown at 11:00 AM No comments: Links to this post 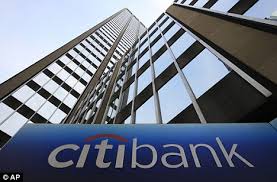 
hostgator coupon 2011
Posted by Unknown at 8:00 AM No comments: Links to this post

Who's in charge? Germans pull forces out of NATO as Libyan coalition falls apart

Deep divisions between allied forces currently bombing Libya worsened today as the German military announced it was pulling forces out of NATO over continued disagreement on who will lead the campaign.
A German military spokesman said it was recalling two frigates and AWACS surveillance plane crews from the Mediterranean, after fears they would be drawn into the conflict if NATO takes over control from the U.S.
The infighting comes as a heated meeting of NATO ambassadors yesterday failed to resolve whether the 28-nation alliance should run the operation to enforce a U.N.-mandated no-fly zone, diplomats said.
Yesterday a war of words erupted between the U.S. and Britain after the U.K. government claimed Muammar Gaddafi is a legitimate target for assassination.
U.K. government officials said killing the Libyan leader would be legal if it prevented civilian deaths as laid out in a U.N. resolution.
But U.S. defence secretary Robert Gates hit back at the suggestion, saying it would be 'unwise' to target the Libyan leader adding cryptically that the bombing campaign should stick to the 'U.N. mandate'.

President Barack Obama, seeking to avoid getting bogged down in a war in another Muslim country, said on Monday Washington would cede control of operations against Muammar Gaddafi's forces within days, handing the reins over to NATO.
But Germany and European allies remain unwilling to have NATO take on a military operation that theoretically has nothing to do with the defence of Europe.
Today the German defence ministry announced Berlin had pulled out of any military operations in the Mediterranean.

A ministry spokesman said two frigates and two other ships with a crew of 550 would be reverted to German command.

Some 60 to 70 German troops participating in NATO-operated AWACS surveillance operations in the Mediterranean would also be withdrawn, according to the ministry.
Berlin isn't participating in the operation to impose a no-fly zone in Libya and abstained on the U.N. resolution authorising it.


hostgator coupon 2011
Posted by Unknown at 7:00 AM No comments: Links to this post