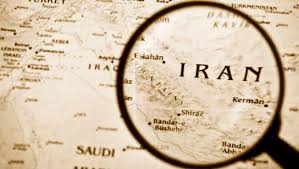 Iran does appears to not be taking Trump's escalating threats too seriously, because just one day after the US imposed restrictions on 25 Iranian individuals and entities in response to a ballistic missile test last week (a move which provoked Tehran to answer by saying it would disclose the names of US individuals and companies involved in "helping and founding" terrorist groups), Iran carried out more missile tests during a military exercise on Saturday.
According to Iran's semi-official Tasnim agency, which cited Amir Ali Hajizadeh, commander of the Islamic Revolutionary Guards Corps’ aerospace division, Iran successfully tested a range of land-to-land missiles and radar systems during the drills in a 35,000 square-kilometer stretch of desert in the northern Iranian province of Semnan.

"If we see the smallest misstep from the enemies, our roaring missiles will fall on their heads," the brigadier general was cited as telling reporters on the sidelines of the military trials, without referring to any particular nations. Any threats made by the U.S. against Iran were "nonsensical,” Tasnim cited him as saying. Hajizadeh also said tat Iran would use its missiles if its security is under threat, and added that "we are working day and night to protect Iran’s security," head of Revolutionary Guards' aerospace unit, Brigadier General Amir Ali Hajizadeh was quoted as saying by Tasnim news agency.
Iran's Revolutionary Guards is holding the military exercise in Semnan province on Saturday to test missile and radar systems and to "showcase the power of Iran's revolution and to dismiss the sanctions," according to the force's website.