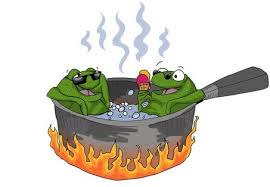 Global debt has expanded by $35 trillion since the credit crisis and as Lacy Hunt exclaims, "that's a net negative, debt is an increase in current consumption in exchange for a decline in future spending and we are not going to solve this problem by taking on more and more debt." Santelli notes that debt will actually keep growth "squashed down" and points out the low rates in Europe questioning the ability of The ECB's actions to save the economy which Hunt confirms as "longer-term rates are excellent economic indicators" and that is not a good sign for Europe.

"This process is far from over," Hunt concludes, "rates will move irregularly lower and will remain depressed for several years."
Santelli sums up perfectly, "we're all frogs in boiling water," as we await the consequences of central planning.

Credit to Zero Hedge
Posted by Unknown at 10:00 AM No comments: Links to this post

US Will Not Survive a Nuclear War Against Russia


A nuclear strikes exchange between the United States and Russia will lead to the complete destruction of the United States, leaving Russia and China in a far better position, editor of the French portal Europesolidaire Jean-Paul Baquiast said.

A potential nuclear war with Russia will have fatal consequences for the US, whose territory would be completely destroyed in the event of mutual rocket exchange, Jean-Paul Baquiast said.
His comment came in the wake of recent internet speculation about the US’ possible intent to carry out a preemptive nuclear attack on Russia.

© AP PHOTO/ PHIL SANDLIN
Russia, US Nuclear Disarmament Goes Without 'Stagnation' – Official
The concerns have risen after General Robin Rand was appointed as head of the US Air Force Global Strike Command.
There are assumptions that he might take an example from American General Curtis LeMay who became famous in 1949 for preparing a plan for a massive nuclear attack on the Soviet Union.
Unable to subdue Russia by conventional methods, Washington is preparing to destroy it with its armed forces, Jean-Paul Baquiast wrote. In the event of an armed conflict, American politicians may carry out a preemptive nuclear strike.
"Chances of the United States to destroy Russia without consequences for itself are small," Baquiast said.
However, even the highly efficient S-500 missile system, which Russia is currently working on, would be unable to protect the country against a massive launch of ballistic missiles from US submarines, he noted.
In turn, Russia would launch its missiles from its submarines off the coast of the United States. And if the Americans manage to hit only a part of the Russian territory due to its large size, the US will be destroyed completely, the journalist wrote.
Credit to Sputnik 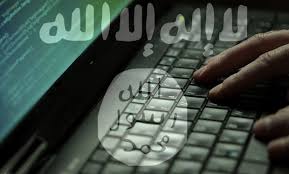 WASHINGTON — Iran poses a growing threat to America’s computer networks and has launched increasingly sophisticated digital attacks and spying on US targets, according to a new report released Thursday.

Iran’s far-reaching hacking efforts indicate the regime is searching for vulnerable infrastructure that could be hit in future cyber assaults, said the study by private cyber security company Norse and the American Enterprise Institute think tank.

“Iran is emerging as a significant cyber threat to the US and its allies,” the study said.

Iran’s skill in the cyber realm has markedly improved in recent years and “Iran has already penetrated well-defended networks in the US and Saudi Arabia and seized and destroyed sensitive data,” it said.

The hacking, including espionage and attacks, has expanded despite high-stakes negotiations between Iran and world powers on Tehran’s nuclear program, it said.

The study cited data from a network of millions of sensors set up by Norse. The sensors are designed to look like real websites or other computer systems — for banks or power plants — that might attract the interest of a hacker.

The data showed Iran was staging cyber assaults and probes from inside Iran as well as outside the country.

Iranian state companies, including some with links to Iran’s elite Revolutionary Guards, are allegedly hosting servers and other computer systems located in the West to carry out digital attacks, according to the report.

“Simply by registering and paying a fee, Iranian security services and ordinary citizens can gain access to advanced computer systems and software that the West has been trying to prevent them from getting at all,” the study said.

The report reflects warnings from US intelligence officials that Iran has made strides in its cyber capabilities, though China and Russia are considered the most skilled when it comes to digital warfare.

National Intelligence Director James Clapper in February blamed Iran for an attack on Sands Casino in Las Vegas that stole confidential data and shut down many of the casino’s operations.

The assault came after the billionaire owner of Sands, Sheldon Adelson, said in 2013 that “Iran should be nuked.”

US intelligence officials also believe Iran was behind denial of service attacks on major US commercial banks in 2011 and a damaging malware assault on Saudi Arabia’s oil and gas company, Saudi Aramco, in 2012.

Iran’s cyber prowess has grown after it suffered a devastating digital attack on its uranium enrichment plants in 2010.

The United States and Israel orchestrated that operation, which employed a computer worm dubbed “Stuxnet” introduced through an infected USB flash drive, according to reports from the New York Times.
timesofisrael.com
Posted by Unknown at 8:00 AM No comments: Links to this post © FLICKR/ MICHIGAN NATIONAL GUARD
NATO Drills Begin in Lithuania on Monday
MOSCOW (Sputnik) — Russian General Staff head said that the number of NATO exercises had almost doubled in 2014.
"While in previous years the issues of crisis settlement and counteraction to terrorism were central at drills, today the priority is military action against a simulated enemy, which could easily be guessed as the Russian Federation," Gerasimov said.
NATO accuses Russia of aggressive foreign policy to justify its own existence and expansion, head of the Russian General Staff said.
"Accusing Russia of aggressive policy on the post-Soviet space and the idea on the need of its [Russia's] containment have become the driving force of NATO."
The defense official added that NATO extensively used the crisis in Ukraine to stir up its activities.
The deployment of US anti-missile defense systems in Europe is yet another step of the United States and its allies at reaching global supremacy and destroying the current system of international security, Russian General Staff head Valery Gerasimov said Thursday.
During an international conference on security, Army General Gerasimov said that this was "one more significant military threats to the Russian Federation and is a growing problem in maintaining the strategic stability in the world."
"In line with this, the deployment of US global anti-missile defense systems is seen by us as an additional step by the United States and its allies to destroy the current system of international security in its striving for world domination."
"It appears there’s a civilian war going on in Ukraine, the victims of which have become thousands of people. It’s difficult to foresee how this will all end. We don’t know what kind of orders the new Ukrainian authorities are receiving from Western ‘curators’ and where Kiev’s aggression may be directed in the future," Gerasimov said. © AFP 2015/ RAIGO PAJULA
Estonian President Urges NATO to Reconsider Act on Relations With Russia
He added that this vagueness did not exclude a military threat toward Russia.
Cruise missiles deployed by US naval ships threaten all Russian European territory, Valery Gerasimov said.
"Deployment of anti-missile systems is a breach on the part of the United States of one of the most important agreements ensuring strategic stability in Europe — the Intermediate-Range Nuclear Forces Treaty," he said at an international security conference.
The defense official added that he was talking about the naval MK 41 Vertical Launching system, which can employ cruise missiles, as apart from the RIM-161 Standard Missile 3.
Russia is expanding the potential of its military bases in Abkhazia, Armenia, Kyrgyzstan and other countries to maintain stability in these regions, Valery Gerasimov said.
"Within the framework of long-term agreements with Abkhazia, Armenia, Kyrgyzstan, Tajikistan and South Ossetia, the potential of Russian military bases, located on their territories, is being expanded. They [the Russian bases] are the main guarantor of security and strategic stability in these regions," the defense official said at an international security conference.
Russian strategic nuclear forces are maintained at a level that guarantees nuclear deterrence, Valery Gerasimov said.
"Modern missile systems that can effectively overcome the defense in depth enter service. Strategic bombers and submarines fleet is being modernized. The newest submarine missile cruisers are being enrolled."
He noted that Russian Federation aerospace defense continues to improve. Russia has launched a self-contained group of forces in the Crimea to protect the "integrity and inviolability of its territory."
"Today's security challenges of our country are not left without adequate response. Measures taken in this regard allow to guarantee protection of Russian interests."
The conference comes on the back of Russia's deteriorating relations with NATO over Moscow's alleged role in the Ukraine crisis and increased NATO presence in Eastern Europe.
Credit to Sputnik