I've been reading a lot about a "recovering" economy. It was even trumpeted on Page 1 of The New York Times and Financial Times last week.
I don't think it's true.
The percentage of Americans who say they are in the middle or upper-middle class has fallen 10 percentage points, from a 61% average between 2000 and 2008 to 51% today.

Ten percent of 250 million adults in the U.S. is 25 million people whose economic lives have crashed.
What the media is missing is that these 25 million people are invisible in the widely reported 4.9% official U.S. unemployment rate.
Let's say someone has a good middle-class job that pays $65,000 a year. That job goes away in a changing, disrupted world, and his new full-time job pays $14 per hour -- or about $28,000 per year. That devastated American remains counted as "full-time employed" because he still has full-time work -- although with drastically reduced pay and benefits. He has fallen out of the middle class and is invisible in current reporting.
More disastrous is the emotional toll on the person -- the sudden loss of household income can cause a crash of self-esteem and dignity, leading to an environment of desperation that we haven't seen since the Great Depression.
Millions of Americans, even if they themselves are gainfully employed in good jobs, are just one degree away from someone who is experiencing either unemployment, underemployment or falling wages. We know them all.
There are three serious metrics that need to be turned around or we'll lose the whole middle class.
Free enterprise is in free fall -- but it is fixable. Small business can save America and restore the middle class.
Gallup finds that small businesses -- startups plus "shootups," those that grow big -- are the engine of new economic energy. According to the U.S. Small Business Administration, 65% of all new jobs are created by small businesses, not large ones.
Here's the crisis: The deaths of small businesses recently outnumbered the births of small businesses. The U.S. Census Bureau reports that the total number of business startups and business closures per year crossed for the first time in 2008. In the nearly 30 years before that, the U.S. consistently averaged a surplus of almost 120,000 more business births than deaths each year. But from 2008 to 2011, an average of 420,000 businesses were born annually, while an average of 450,000 per year were dying.
Bottom line: The two most trusted institutions in the U.S. are the military and small business. Most people know about our military's importance, but not as many appreciate the role small business plays in creating the majority of new jobs and in national security itself.
America needs small business to boom again. Small businesses are our best hope for badly needed economic growth, great jobs and ultimately accelerated human development. When we get small business to boom, we can save America, restore our middle class and once again lead the world.

Powerful Typhoon "Malakas" has made landfall over Kyushu, Japan on September 19, 2016, dumping record-breaking rain and causing widespread disruption. Heavy flooding was reported and dozens of flights were canceled. Around 7 000 homes have already suffered power loss. Floods and landslides remain the main threat as the typhoon tracks east toward Tokyo. Local authorities have issued evacuation advisories for more than 600 000 residents in six prefectures.
Malakas is the 16th typhoon of the 2016 Pacific typhoon season and the sixth to make landfall this year in Japan. This is the second-highest annual total since comparable data became available in 1951, tying highs set in 1990 and 1993.
Typhoon "Malakas" was a Category 3 hurricane equivalent on the Saffir-Simpson Hurricane Wind Scale when it hit Kyushu around 15:00 UTC (shortly after midnight local time on September 20). According to the Japan Meteorological Agency (JMA), it was packing winds of up to 180 km/h (112 mph) with an atmospheric pressure of 970 hPa at its center when it hit the Osumi Peninsula in Kagoshima Prefecture, Kyushu.
Credit to The Watchers

Are Giant Nephilim Coming to Kill Us ?

John B. Wells on the state of World and the New World Order

Despite Earlier Denials, Arch From Human-Sacrificing Temple Of Baal To Be Erected In New York This Week In Anticipation Of ABADDON’S ARRIVAL 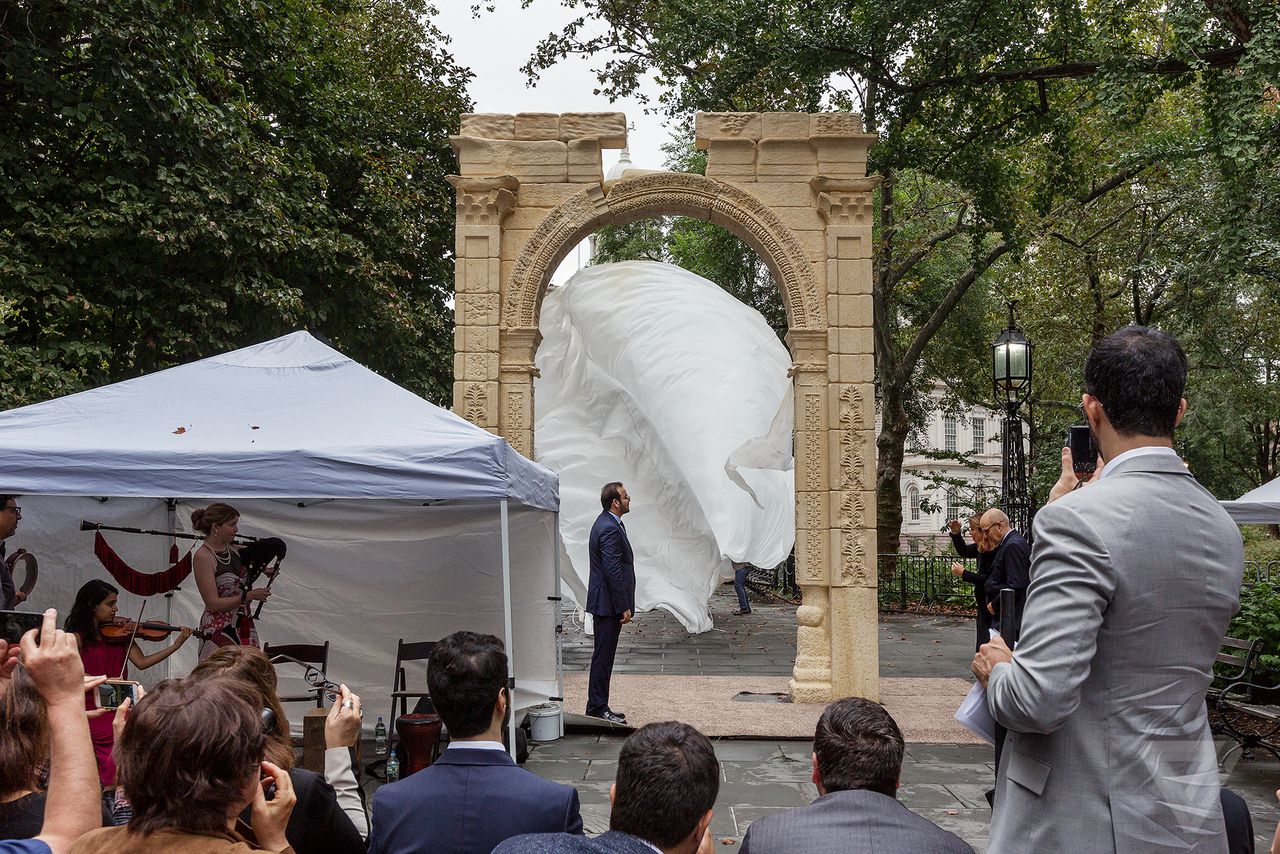 Despite initially cancelling plans to erect a reproduction of the Victory Arch that stood for 1,800 years in front of the Temple of Ba’al in Palmyra, the Institute for Digital Archaeology (IDA) has announced they will recreate the arch destroyed by the Islamic State (ISIS) in New York City’s City Hall Park on September 19th.

The original arch, built in the third century was a major archaeological site and one of Syria’s  biggest tourist attractions until it was destroyed by ISIS in October 2015. The arch was built by Roman Emperor Septimius Severus in front of a preexisting temple that was used to worship the pagan god, Bel, mentioned often in the Bible as Ba’al. “For he built again the high places which Chizkiyahu his father had destroyed; and he reared up altars for Baal” (II Kings 21:3).

In March, the Institute announced they would be erecting full-size reproductions of the arch in London’s Trafalgar Square and New York City’s Time Square for the UNESCO Heritage Week.