Total lunar eclipse over US 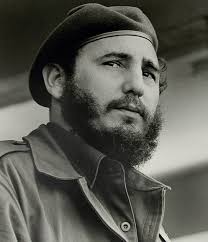 A victim of Fidel Castro’s mass round-ups of dissidents in Cuba has expressed alarm about the upcoming Jade Helm exercise, writing that he is ‘worried immensely’ about the military drill set to take place in nine U.S. states this summer.

In a letter to the editor of the Corvallis Gazette-Times, Larry Daley remarks that he was shocked to see video out of Fort Lauderdale which features military and police training together to arrest citizens and take them to internment facilities.

“It has been more than 55 years since 1961 and the Castro-ordered round up suspected resistors in Cuba. According to some press reports in excess of 200,000 were arrested during the Bay of Pigs,” writes Daley.

“My youngest sister and I were arrested and taken to improvised holding facilities. We ended up in the huge Blanquita Theater. We tried to sleep under lights on the theater seats for days on end. There were bodies on the floor. The sanitary facilities overflowed with sewage.”

His memories were stirred after reading about Jade Helm, a “realistic” military training exercise, which will involve the Green Berets, Navy Seals, and the 82nd Airborne Division, and is set to take place from July 15-Sepember 15.

Some fear that the drill is an escalation of preparations for martial law in America, plans for which have been in place for decades. During the exercise, troops will operate “undetected amongst civilian populations,” to see if they can infiltrate without being noticed.

The issue attracted controversy after Texas and Utah were labeled “hostile” territory in documents related to the exercise.

“That horror is still with me,” writes Daley, referring to his internment under Castro, adding, “Now I hear of operation Jade Helm. I read the official denials of such intent here, but I also saw a horrendous video shot in Fort Lauderdale, Florida purporting to show this training.”

“I worry immensely,” he concludes.

Mainstream media coverage of Jade Helm has poured scorn on concerns about the exercise and merely regurgitated Army talking points that the drill is purely designed to prepare troops for overseas combat.

However, that scenario has also prompted speculation as to whether the exercise represents a simulated invasion of the Middle East.

An analysis of the drill highlighted how the “hostile” states of Texas, Utah and a pocket of southern California could easily be transposed onto a map of the Middle East to represent Iran, Syria and Palestine, with other “friendly” states representing Turkey, Jordan and Israel.

Credit to Infowars.com
Posted by Unknown at 12:00 PM No comments: Links to this post


With 'shocked' OSCE observers noting that the Minsk accord ceasefire is not holding in Ukraine's Shyrokyne, it appears sabre-rattling around the world is picking once again. Military exercises in Russia's Astrakhan region, conducted successful launches of the 'hypersonic' S-300 anti-aircraft missile systems, repelling an "enemy" air assault. This follows another drill invloving ten aircraft including helicopters in simulated attacks by an "enemy" near the Chinese border. Meanwhile, North Korea has test-fired four short-range missiles into the sea off its west coast, in protest at US-South Korean military drills, which are currently ongoing, and a2nd drill is underway " supervised by Kim Jong-Un."

First, The Minsk Accord is not holding...
And then... (as TASS reports),

will be involved in field firing exercises at the Kapustin Yar range in the Astrakhan region, Southern Russia, head of the tactical air defense Lieutenant General Alexander Leonov told TASS on Friday.

"Air defense specialists of the Ground Forces will conduct field firing exercise using the modern air defense missile systems Tor-M2U and S-300V4 at the Kapustin Yar range in the Astrakhan region," he said.

Earlier this week, the Eastern Military District announced that over ten aircraft including helicopters had participated in simulated attacks by an "enemy" near the Chinese border.

The Russian Defense Ministry announced plans to conduct at least 4,000 military exercises throughout the country in 2015.

Which was 'coincidental' with... (as The BBC reports),

In a statement, the Joint Chiefs of Staff said the missiles had a range of about 140km (87 miles).

They were fired from Dongchang-ri in the north of the country on Friday afternoon local time, it said.

The US and South Korea say the annual exercises are for defence training purposes, but Pyongyang calls them a rehearsal for invasion. They are always a trigger for a surge in tensions between the two Koreas.

When the drills began in March, the North fired two short-range ballistic missiles, and on 13 March it fired seven ground-to-air missiles into the sea to coincide with the end of one part of the drill, Operation Key Resolve.

A JCS spokesman said Friday's test "appeared to have been supervised by Kim Jong-Un", the AFP news agency reports.

The two Koreas are technically still at war as the 1950-53 conflict ended with a ceasefire, not a peace treaty.

IF You Don’t Think Obama Won’t Send Us to FEMA Camps, Listen What To This Late FBI Agent This terrorist help to launch Obama’s political career from his Hyde Park Chicago home.
The Weathermen Underground Leader, Bill Ayers, told former FBI Agent, and my late friend, Larry Grathwohl that he believed that when the Communist takeover happened, he would have to incarcerate 50 million Americans into re-education camps and exterminate 25 million of them.  Larry was an FBI special informant who had penetrated the Underground.
Bill Ayers and his wife, Bernadine Dorne, launched Obama’s political career from the living room of their Chicago home. Tom Ayers, Bill’s father, funded Obama’s Harvard education. This information also appears in an affidavit obtained by “Sheriff Joe” Arpaio from Maricopa County, AZ.  Bill Ayers still visits the White House.
Nobody would believe these facts in a movie. However, you better believe that this administration will not hesitate to send any of us to a  FEMA camp.
Larry repeated the following, three times, on The Common Sense Show.

Credit to Common Sense
Posted by Unknown at 8:00 AM No comments: Links to this post