Something is Going On Worldwide!

North Korea Warns Of ICBM Launch "At Any Time"


Following North Korean leader Kim Jong-un's New Year’s message that preparations for a test-launch of ICBMs were in the 'final stage', and president-elect Trump's response "it won't happen!" a Foreign Ministry spokesman warned, as cited by KCNA news agency, "the ICBM will be launched anytime and anywhere determined by the supreme headquarters of the DPRK."

Pyongyang aims to develop a nuclear warhead placed on an intercontinental ballistic missile (ICBM) capable of hitting the US by the end of 2017 or early 2018, a former N. Korean diplomat told RT.

“North Korea has set the goal of developing miniaturized nuclear weapons that can fit atop a missile capable of reaching the US by the end of 2017 or early 2018 as it takes into account political transitions in South Korea and the US,” Thae Yong-ho, former North Korean diplomat who defected in July and currently lives in London, told Yonhap.

Deadly ice grips much of Europe

Icy temperatures across Europe have left more than 20 people dead and blanketed even the Greek islands and southern Italy in snow.
Italy saw ferries and flights cancelled and schools in the south are expected to close on Monday.
Turkey has also been badly affected. The Bosphorus was closed to shipping as a heavy snowstorm hit Istanbul.
At least 10 people died of cold in Poland. Night temperatures in Russia plunged to minus 30C.
Normally milder Greece has witnessed temperatures of minus 15C in the north where an Afghan migrant died of cold last week and roads were closed.
In Athens, the temperature failed to rise above 0C and several of the islands were covered in snow.
Some of the Greek islands are home to thousands of migrants and many are being moved to temporary housing and heated tents. 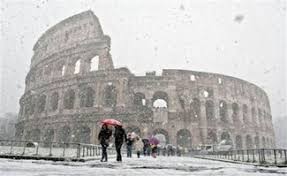 At least 12 people have died and many villages been submerged after heavy rains caused severe flooding in southern Thailand.

Hundreds of thousands of people have been affected with water levels reaching "roof-high" in some areas, Thailand's interior ministry said.

Transport services, including flights, have been disrupted and rescue efforts are under way to reach those stranded.

The heavy downpour is expected to continue for at least two more days.

The flash floods have also damaged hundreds of schools and toppled power cables across southern Thailand. 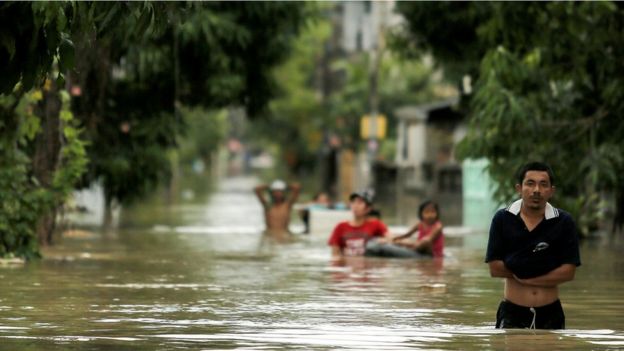 Residents in villages across the region are using inflatables, such as rubber rings, to cross submerged roads.

Meanwhile, the airport in Nakhon Si Thammarat province has been forced to close after the area received a record 162mm (6.4 in) of rain on Friday, officials said.