Sales of one ounce American Eagle silver coins have totaled 4,588,000 in Januar 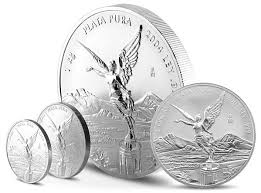 (Bloomberg) -- Silver prices may retreat as much as 20 percent this year as soaring demand for physical metal signals a “crowded” trade, said Barry James, the chief executive officer of James Investment Research Inc.
Sales of 1-ounce American Eagle silver coins have totaled 4,588,000 in January, heading for a record, according to data from the U.S. Mint. Silver futures in New York rallied 84 percent last year, climbing to a 30-year high of $31.275 an ounce on Jan. 3, as investors sought a haven against financial turmoil.
“The coin sales are an indication of the level of interest in silver,” said James, who oversees $2.4 billion in Xenia, Ohio. “It’s too popular. When the crowd discovers a good deal, it’s usually long over.”
Prices have more than doubled in two years as investors bought precious metals to protect against a weakening U.S dollar and Europe’s financial crisis. Holdings in exchange-traded products backed by silver have dropped 1.6 percent since touching a record in mid-December. The metal tumbled 24 percent in 2008 after gaining for seven straight years.


hostgator coupon 2011
Posted by Unknown at 6:07 PM No comments: Links to this post

This is the first scene of the first act....Kissinger


hostgator coupon 2011
Posted by Unknown at 6:00 PM No comments: Links to this post

A Path Is Sought for States to Escape Their Debt Burdens 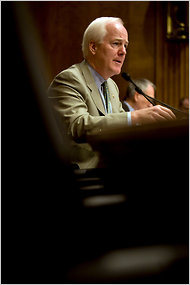 Policy makers are working behind the scenes to come up with a way to let states declare bankruptcy and get out from under crushing debts, including the pensions they have promised to retired public workers.


Unlike cities, the states are barred from seeking protection in federal bankruptcy court. Any effort to change that status would have to clear high constitutional hurdles because the states are considered sovereign.


But proponents say some states are so burdened that the only feasible way out may be bankruptcy, giving Illinois, for example, the opportunity to do what General Motorsdid with the federal government’s aid.
Beyond their short-term budget gaps, some states have deep structural problems, like insolvent pension funds, that are diverting money from essential public services like education and health care. Some members of Congress fear that it is just a matter of time before a state seeks a bailout, say bankruptcy lawyers who have been consulted by Congressional aides.
Bankruptcy could permit a state to alter its contractual promises to retirees, which are often protected by state constitutions, and it could provide an alternative to a no-strings bailout. Along with retirees, however, investors in a state’s bonds could suffer, possibly ending up at the back of the line as unsecured creditors.
“All of a sudden, there’s a whole new risk factor,” said Paul S. Maco, a partner at the firm Vinson & Elkins who was head of the Securities and Exchange Commission’s Office of Municipal Securities during the Clinton administration.
For now, the fear of destabilizing the municipal bondmarket with the words “state bankruptcy” has proponents in Congress going about their work on tiptoe. No draft bill is in circulation yet, and no member of Congress has come forward as a sponsor, although Senator John Cornyn, a Texas Republican, asked the Federal Reserve chairman,Ben S. Bernanke, about the possiblity in a hearing this month.

hostgator coupon 2011
Posted by Unknown at 11:30 AM No comments: Links to this post

Fresh fears for US housing sector


The slump in America's construction industry was underlined by new figures on Wednesday, signalling that housing will remain a headwind for the world's biggest economy this year.

The number of new homes that workers began building last month declined by 4.3pc to an annual rate of 529,000, the lowest level since October 2009, figures from the Commerce Department showed.

A combination of low interest rates and the frenzy of the sub-prime mortgage market has saddled the US with 3m more houses than it needs, according to some estimates. So while a decline in the building of new homes is needed – 2010 was the second-weakest year since records began in 1959 – it is likely to mean more pain for the construction industry.
"The combination of persistenly weak demand and chronic excess supply means that homebuilding activity will remain painfully weak over the next few years," said Paul Dales, an economist at Capital Economics.
The housing sector has been identified by most analysts as the biggest threat to the US as the Federal Reserve and Congress unleash a blitz of stimulus measures to fire the recovery.
Average home prices are now 30pc below the peak reached in 2006, which has sunk about a quarter of all homeowners into negative equity, with California and Nevada particularly hard hit.
"You still have this nagging worry that if housing remains in this kind of uncomfortable equilibrium, it could drag down the consumer and the economy," said Cary Leahey, an analyst at Decision Economics.
The Fed remains concerned about the risk posed by the housing market, and has used it to justify its controversial decision to embark on a second round of quantitative easing. Eric Rosengren, the president of the Boston Fed, said last week that "if housing-related growth is not going to boost the recovery this time around, we may need policy – particularly monetary policy – to continue to play a stimulative role".
The picture for the housing market is further clouded by the controversy over whether banks are following correct procedures when they repossess homes. More than 1m homes were repossessed by lenders last year for the first time ever. Experts fear that a delay in further repossessions as banks are investigated will prevent the housing market finding a bottom and beginning a recovery.

hostgator coupon 2011
Posted by Unknown at 11:09 AM No comments: Links to this post

Saboteurs blew up a pipeline that runs through Egypt's Northern Sinai, state television reported on Saturday, disrupting flows to Israel and Jordan after Islamist groups called on militants to exploit the unrest that has rocked the government.
Egyptian state television quoted an official on Saturday as saying that the "situation is very dangerous and explosions were continuing from one spot to another" along the pipeline, adding that "it is a big terrorist operation."
A security source in North Sinai said "foreign elements" targeted the branch of the pipe that supplies Jordan.
The Egyptian army closed the main source of gas supplying the pipeline and were trying to control the fires. Television footage on Al Jazeera and Al Arabiya showed a tower of flames at the scene of the blast.
Following the explosion, Israel Radio said, quoting sources in the consortium overseeing imports, that the blast did not target supplies to Israel but they had been halted as a precaution.
"We are looking into all the details but it is too soon to say how long supplies [from Egypt] will be affected," a source in the Israeli National Infrastructure Ministry told Reuters.
Israel gets 40 percent of its natural gas from Egypt, a deal built on their landmark 1979 peace accord.
Prime Minister Benjamin Netanyahu issued a statement assuring that Israel would not suffer from power cuts due to the halt of gas supply.
The attack happened as demonstrations against President Hosni Mubarak entered their 12th day, with no sign of an end to the confrontation which has pitted the 82-year-old leader against thousands of anti-government protesters.
HAARETZ

hostgator coupon 2011
Posted by Unknown at 9:06 AM No comments: Links to this post


Wobbly camcorder video footage that appears to show an unidentified flying object hovering over Jerusalem's Temple Mount has become the latest UFO sighting to fascinate the conspiratorially minded among us.
In the video, a light-filled orb appears to float over the holy site for about 30 seconds to the sound of "oohs" and "aahs" - and the more literal "is that a UFO?" - from the onlookers behind the camera.
The alleged sighting occurred on January 28 and as more videos have found their way online, so the conspiracy theories have gathered pace.
Advertisement: Story continues below
You may shrug and say UFO sighting are a dime a dozen - especially in a world where everyone has a camera - but this one does have the extra spice of being at such a significant religious site.
Sunni Muslims believe it was from the mount that Muhammad ascended to heaven, and it also represents one of the most important sites in the Jewish faith.
Perhaps more intriguing is the fact it was shot from various angles that all seem to be in sync, particularly at the moment when the object flies upwards at high speed

hostgator coupon 2011
Posted by Unknown at 7:07 AM No comments: Links to this post