It seems fashionable nowadays to compare Donald Trump to Marine Le Pen or the Trump movement to the French National Front. The idea behind this comparison is to suggest that the French far right might very well win the coming presidential elections in May 2017 and create a French “Trump surprise.” But, as when it came to comparisons between Brexit and Trump, comparisons between Trump and Le Pen tend to be hyped.


There are some evident similarities between Le Pen and Trump, but there are also crucial differences.
It is true that both tend to reject mass immigration and globalism, that their discourse is deeply anti-elitist, and that the establishment, at least during election time, frenetically smears them. Their current successes flow from global skepticism of politics and the establishment media and the intelligentsia. Furthermore, France, maybe more than any other western country, experiences a deep identity crisis which was recently revived by the migrant crisis. This has been fertile ground for the National Front’s wins.


Marine Le Pen has, however, some fundamental differences with Trump. First, she is not a billionaire. Although this could seem irrelevant, one reason Trump appealed to so many electors is that he was not beholden to special interests, did not need to be president, and proved himself to be an efficient businessman, making projects happen ahead of schedule and under budget. For Trump’s supporters, their candidate was running in this election out of genuine love for his country, not out of material interest. Marine Le Pen, on the other hand, is a career politician. As with every career politician, her job is to be elected and reelected. Whereas Trump was a part of the private sector, Marine Le Pen made politics her career and is therefore not viewed as an outsider as much as Trump is.
Credit to Zero Hedge by: Natural News Editors
NaturalNews) We have a dishonest North Korea-style, government-run, propaganda media that exists to be the far left-wing of the globalist movement.
They are a methodical machine that pumps out a constant stream of ideological garbage disguised as “unbiased” news.
(Article written by Amy Moreno, republished from TruthFeed.com)
One of the biggest offenders is CNN.
Not only are they an agenda-driven shill machine, but thanks to Wikileaks we also know that they’re colluding with the DNC and Democrat candidates.
They’re a shameless FRAUD.
And these idiots have the audacity to report on, and be “outraged” by so-called “fake news,” and went so far as to attack Truthfeed – claiming we are liars who helped “influence” the election outcome.
Meanwhile, Chris Cuomo stood before the American people and told them it was ILLEGAL to read Wikileaks and hacks Wolf Blitzer and Jake Tapper ran to the DNC asking for “advice” every chance they got.
CNN’s ratings are in the toilet, but it’s time to FLUSH them once and for all.
Trump supporters are starting anther boycott – this time, let’s finish them.
Use hashtag #BlackoutCNN 
NOTICE:Please note that The Common Sense Show no longer uses google because of its violation of free speech and its anti-trust actions against those who bring the public the truth. We strongly recommend people use “goodgopher” as their permanent search engine. Additionally, Facebook is also behind this move to censor what you read, hear and see.Therefore, we recommend you try seen.life for your social media outlet.
Credit to Cmoon Sense
Posted by Unknown at 2:00 PM No comments: Links to this post 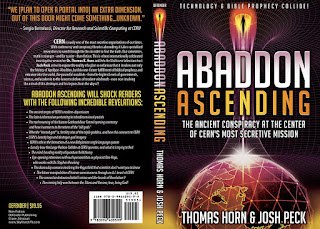 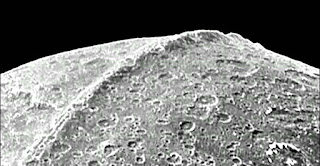