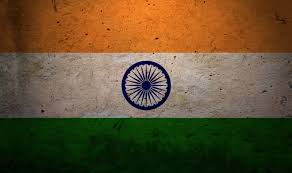 On Thursday a senior Indian official appeared to endorse Russia’s position in Ukraine in recent days, even as Delhi urged all parties involved to seek a peaceful resolution to the diplomatic crisis.
When asked for India’s official assessment of the events in Ukraine, National Security Adviser Shivshankar Menon responded:
“We hope that whatever internal issues there are within Ukraine are settled peacefully, and the broader issues of reconciling various interests involved, and there are legitimate Russian and other interests involved…. We hope those are discussed, negotiated and that there is a satisfactory resolution to them.”
The statement was made on the same day that Crimea’s parliament voted to hold a referendum for secession from Ukraine.
Local Indian media noted that Menon’s statement about Russia’s legitimate interests in Ukraine made it the first major nation to publicly lean toward Russia. As my colleague Shannon has reported throughout the week, many of China’s public statements could be interpreted as backing Russia in Ukraine, despite Beijing’s own concerns about ethnic breakaway states and its principle of non-interference.
However, at other times, including at the UN Security Council, Beijing has appeared to be subtly rebuking Moscow by suggesting that its unilateral path threatened regional and global stability. At the very least, however, Beijing has characteristically not gone as far as the U.S. and the West in publicly scolding Vladimir Putin for the military intervention in Crimea.
Ukraine certainly appeared to interpret India’s endorsement of Russia’s legitimate interests as far more hostile than Beijing’s position on Russia’s actions. According to the Telegraph India, a Ukrainian embassy spokesperson stationed in Delhi responded to Menon’s comments by saying: “We are not sure how Russia can be seen having legitimate interests in the territory of another country. In our view, and in the view of much of the international community, this is a direct act of aggression and we cannot accept any justification for it.”
The larger question, of course, is why India decided to take such a relatively pro-Russian stance on the Ukraine issue?There are a number of possibilities.
First, India and Russia have long-standing ties and Moscow is Delhi’s top arms provider. Moreover, Russia and the former Soviet Union has been nearly alone in the international community in continue to back India during crucial moments such as following its 1974 and 1998 nuclear tests.
It’s also possible that Delhi believes Russia’s intervention offers the best chance of stabilizing Ukraine. India’s Foreign Ministry on Thursday also released a statement noting that there are “more than 5,000 Indian nationals, including about 4,000 students, in different parts of Ukraine.” At the same time, India’s overall interest in Ukraine is fairly negligible—certainly less than China’s, for instance—and thus Delhi might assess that it has more to gain by publicly sticking by Moscow at a time when it desperately needs support.
India also has plenty of interests in certain regions along its peripheral, and at certain times—such as during the Sri Lanka Civil War—has intervened to protect various societal groups with strong ties to India. Unlike China, then, India may assess it has an interest in an international precedent in which major powers can intervene in countries along their borders. At the same time, such an international precedent could be used by Pakistan to justify intervening in Kashmir.
Telegraph India offers another reason. According to the report cited above, Indian officials have told Telegraph India that, in the newspaper’s words, Delhi is “convinced that the West’s tacit support for a series of attempted coups against democratically elected governments — in Egypt, Thailand and now Ukraine — has only weakened democratic roots in these countries.”
This rationale would be consistent with India’s long-standing, deep-seated abhorrence to anything that merely resembles Western imperialism. At the same time, India has not historically made supporting democracy abroad a central tenet of its foreign policy.

Putin mocks the West and threatens to turn off gas supplies

Vladimir Putin has mocked diplomatic efforts to end the Ukraine crisis as Russia threatened to disrupt European gas supplies by cutting off sales to Kiev over its unpaid debts.

The Russian president said through his official spokesman that, despite deep disagreements with the West, he did not want a confrontation over Ukraine to spiral into a “new cold war”.

Nevertheless Dmitry Peskov ridiculed Western demands for direct talks between the Kremlin and the new Kiev government, claiming that the loss of credibility involved “puts a smile on our face”.

The remarks were broadcast during the opening ceremony of the Paralympic Winter Games in Sochi, where the Ukrainian athlete carrying his national flag was given a loud cheer.

Earlier, Gazprom, Russia’s state-owned energy giant, said it would start to reduce deliveries to Kiev, a move that would disrupt supplies to Europe. Gazprom said Ukraine had failed to make payments on its £1.2 billion debts.

Ukraine is one of the main transit routes for the continent’s gas and the suspension of Gazprom exports in freezing temperatures in 2006 and in 2009 endangered national grids and caused sharp rises in prices. “We can’t supply gas for free,” Alexey Miller, the head of Gazprom, said. “Either Ukraine settles its debt and pays for current deliveries or the risk arises of a return to the situation we saw at the start of 2009.”

Energy experts said Russia had the power to cause problems in markets across Europe, even though peak winter demand was past. “Europe still relies heavily – in some cases 100 per cent – on Russian gas. And if that was interrupted very suddenly, there would be difficulties all round,” said Lord Howell, the former energy secretary.

Credit to the Telegraph
Posted by Unknown at 7:00 AM No comments: Links to this post

A convoy of 60 unmarked military trucks carrying hundreds of soldiers was today spotted snaking its way from eastern Ukraine into Crimea, as the country appeared more divided than ever.

While Moscow has denied the vehicles are Russian, many of them bore Russian markings. Another convoy was seen travelling to a military base flying the Russian flag just north of the regional capital Simferopol, and reports have emerged that 30,000 Russian troops are now in Ukraine.

A spokesman for the Ukrainian military said there were reports that ships had crossed the Straits of Kerch last night, which separate Russia and Crimea, and landed up to 200 armoured vehicles.

Pictures have also emerged on Twitter suggesting that the border between Crimea and the rest of Ukraine has been lined with landmines as Russia apparently tightens its grip on the peninsula. A convoy of military vehicles bearing no license plates travels on the road from Feodosia to Simferopol in the Crimea, Ukraine, today Armed men, believed to be Russian soldiers, walk near the Ukrainian naval base at the Crimean port of Yevpatorya In other parts of the country the threat of conflict has been more severe, as a Ukrainian patrol plane came under fire while flying at 3000 feet near the border with Russian-occupied Crimea.

Reports say that no one was hurt when gunmen opened fire on the unarmed plane, a Diamond light aircraft being flown by a crew of three.

At the same time, Ukraine faces the loss of its naval forces as Russian warships have blockaded the only exit point to the Black Sea, where the Ukrainian navy is docked.

The Russian forces have made a chokepoint by sinking two ageing vessels to prevent any ships moving through, and have also positioned their well-armed Moskva missile cruiser just off the coast.

Eight Russian warships originally formed the blockade, but since the sinking of the older ships, only the missile cruiser remains.

The Ukrainian navy currently consists of 25 warships, one submarine, 15 support vessels and around 15,000 men under arms.
Convoy of unmarked military vehicles heads towards Crimea +23
The Ukrianian navy has been confined to the Sevastopol region of the Black Sea following the Russian blockade, which has forced the men-at-arms to come ashore, and has rendered their Navy somewhat neutralised +23
A child holds Russian flags as a Russian Navy ship, the minesweeper 'Turbinist', patrols the harbor of Sevastopol +23
A statue of Lenin overlooks the Russian Large Landing Ship "Orsk" in the port of Sevastopol
Warning shots were also fired inside Crimea as a foreign military mission was barred from entering the Ukrainian province by pro-Russian troops.
The mission, made up of soldiers of different nationalities from the Organisation for Security and Cooperation in Europe, had automatic weapons fired over their heads.
The soldiers were told they had no authorisation to enter the peninsula. No injuries were reported. +23
Crimean Tartars, who were once persecuted by the Russians, joined the peaceful march through the city +23
Meanwhile in the eastern city of Donetsk, a former stronghold of ousted president Viktor Yanukovych, more activists waved banners supporting Putin
Earlier this morning Russian foreign secretary Sergei Lavrov said that the crisis had been 'artificially created' for 'geopolitical reasons', though stopped short of accusing the West of creating tensions.
He shot down hopes that Russia was open to further talks with the West as long as they remained 'honest and partner-like', and said he was in contact with the Ukrainian interim government, though he accused them of being right-wing extremists. +23
A young pro-Russian woman holds a placard with heart shapes and smiley faces reading "Russia" and "Berkut!" (in reference to the Ukrainian anti-riot police that violently clashed with protesters in Kiev on February) as she stands in front of policemen standing guard outside the regional state administration building during a pro -Russian rally in Ukraine
In a telephone call he also warned US secretary of state John Kerry that any sanctions would have a 'boomerang effect' on America.
Meanwhile pro and anti-Putin protesters have taken to the streets of Ukraine today as the country appears more divided than ever.
In the Crimean city of Simferopol hundreds of demonstrators waving Ukrainian flags marched to a military base surrounded by Russian troops while chanting 'Russian Soldiers Out Of Crimea'.
Many of the activists waved Crimean Tartar flags. The Tartars were persecuted by Russian during the world wars and driven to Crimea, and so are strongly opposed to closer ties with the Kremlin.

Read more: http://www.dailymail.co.uk/news/article-2576275/Shots-fired-international-monitors-refused-entry-Crimea-Russias-foreign-minister-says-crisis-created-artificially-geopolitical-reasons.html#ixzz2vQfkZlLg
Posted by Unknown at 6:00 AM No comments: Links to this post