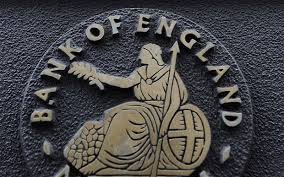 Raise your hand if you are surprised that, as has emerged, virtually everymajor bank was manipulating currencies (and everything else) whether as part of the "Bandits' Club", the "Cartel" or some other - until recently- secret message room.
That's what we thought.
Now raise your hand if you thought the manipulation could be so pervasive, so glaring and so in your face, that even the oldest central bank - the Bank of England - and who knows how many other monetary authorities, were openly encouraging traders from these private banks to do more of the illegal activity they had been engaging in - namely manipulating currencies - with their explicit blessing knowing very well such behavior is undisputedly illegal.
We hope at least one or two hands went up, because which it is one thing to be cynical about what is going on behind the scenes, it is something else to see the edifice of global corruption and criminality, whose only purpose was to preserve the status quo, unwinding before your very eyes substantiated by actual facts.
Such as this report by Bloomberg which confirms that yet another conspiracy theory is fact, as at least one central bank has been exposed to not only have known about a criminal activity that is now costing the jobs of hundreds of traders (and should lead to jail time), but to have urged it on.
From Bloomberg:

Bank of England officials told currency traders it wasn’t improper to share impending customer orders with counterparts at other firms, a practice at the heart of a widening probe into alleged market manipulation, according to a person who has seen notes turned over to regulators.
A senior trader gave his notes from a private April 2012 meeting of currency dealers and two central bank staff members to the Financial Conduct Authority about six weeks ago because of mounting media coverage of the investigation, said the person, who asked not to be named while probes are under way.

Traders representing some of the world’s biggest banks told officials at the meeting that they shared information about aggregate orders before currency benchmarks were set, three people with knowledge of the discussion said. The officials said there wasn’t a policy on such communications and that banks should make their own rules, according to the people. The notes could drag the U.K. central bank into another market-rigging scandal two years after it was criticized by lawmakers for failing to act on warnings that Libor was vulnerable to abuse.

If traders can show “they made Bank of England officials aware of practices in the FX market some time ago, then the bank will be at risk of being characterized as having endorsed, by its silence and inaction, the very practices which are now under investigation,” said Simon Hart, a lawyer at RPC LLP in London.

Wait for it, wait for it... Here it comes: "If the BOE did not encourage currency manipulation by bankers, then the world would have crashed" - did we get the excuse that the Bank of England (and soon after, the Fed, the SNB, the BOJ and all other banks as there is never just one cockroach) will use to justify their criminal behavior? Why, of course.
But for now the bank had this to say:

A spokeswoman for the Bank of England declined to comment about the 2012 meeting beyond what was contained in a summary provided to Bloomberg News last month. Those notes included a reference to “a brief discussion on extra levels of compliance that many bank trading desks were subject to when managing client risks around the main set-piece benchmark fixings.” No further details of the discussion were provided.
“Allegations that banks may have been rigging the forex market are extremely serious, particularly for firms but also for regulators who had been telling Parliament that banking standards were improving,” Andrew Tyrie, the British lawmaker who led an inquiry into practices in the banking industry following the Libor scandal, said in a statement today.

...
The Bank of England officials said they viewed the practices as positive to reduce market volatility and wouldn’t take the matter to the standing committee, according to the people with knowledge of the meeting. That body included a representative from the Financial Services Authority, the FCA’s predecessor, according to central bank records.

By pooling information on client orders, current and former traders interviewed by Bloomberg News have said they could gain an impression of probable moves in currency markets, knowledge they said they sometimes used to place their own bets before the benchmark WM/Reuters rates are set at the 4 p.m. London close.

The details of the BOE's loathsome conduct:

Dealers at the April 2012 meeting with Martin Mallett, the Bank of England’s chief currency dealer, and James O’Connor, who works in its foreign-exchange division, were told not to record the discussion or take notes, one of the people said. One trader wrote down what was said soon after leaving because of concerns spawned by investigations of attempted manipulation of the London interbank offered rate, or Libor, the person said.

Two traders at the meeting -- Citigroup Inc. (C)’s Rohan Ramchandani and UBS AG (UBSN)’s Niall O’Riordan -- are among at least 20 employees of global banks who have been fired, suspended or put on leave since Bloomberg News first reported in June that dealers said they shared information about client orders to manipulate benchmark rates used in the $5 trillion-a-day currency market, the world’s biggest.

In other news, head FX traders for Goldman, JPMorgan, RBC and Deutsche have resigned in recent weeks, in what are clearly unrelated actions. Maybe they will want to also avoid flying in the coming weeks and months, as the last thing the market needs now are more revelations not only how manipulated everything is, but that the orders for such manipulation originate at the very top of the banker oligarchy.
Alternatively, maybe instead of perpetuating the "fair and efficient markets" lie, the world's central banks will be kind enough to just let everyone in on where they determine to close what once were "markets" at any given day so that everyone can benefit from a broken and corrupt system, instead of just a few not so good bankers. After all, with everyone profiting from the no risk, guaranteed return market all the time, at least inflation will finally go off the charts.
Credit to Zero Hedge
Posted by Unknown at 6:00 AM No comments: