After Trump’s Jerusalem Declaration, Next Step Is Third Temple


“Like channeled water is the mind of the king in Hashem’s hand; He directs it to whatever He wishes.” Proverbs 21:1 (The Israel Bible™)

(Breaking Israel News)
President Donald Trump’s epic proclamation on Wednesday acknowledging Jerusalem as the eternal capital of the Jewish people was a major step towards establishing the Third Temple and bringing the Messianic era, said a number of Jewish activists working to rebuild the Holy Temple.
“What he did last night was an enormous step in bringing the Temple,” Asaf Fried, official spokesman for the United Temple Movement, an association of organizations working towards making the Third Temple a reality, told Breaking Israel News.
He added, “This necessarily had to come from a non-Jew in order to bring them into the process, so they will be able to take their part in the Temple.”
Fried compared Trump’s role to that of Cyrus, the Persian King who ended the Babylonian exile and helped build the Second Jewish Temple. Fried cited Proverbs to emphasize this point.

Like channeled water is the mind of the king in Hashem’s hand; He directs it to whatever He wishes. Proverbs 21:1

“There have been amazing advances towards bringing the Temple this year. It was clear that Trump was part of that process, guided by Hashem (God),” Fried declared.
READ NOW: In Historic Announcement, President Trump Recognizes Jerusalem as Israel’s Eternal Capital [VIDEO]
Yakov Hayman, the United Temple Movement chairman, saw Trump’s statement as part of a historical progression joining a number of major shifts in modern history for Israel and the Jewish people.
“1917 was the Balfour Declaration establishing Israel for the nations,” Hayman told Breaking Israel News. “2017 was Trump’s declaration.”
He said it was now only a matter of time until non-Jews made a similar declaration recognizing the Temple Mount as the site of the Jewish Temples, but noted that to move forward, it was necessary for foot soldiers in the cause to take the first steps. “When Jews and non-Jews go up en masse, the Temple is inevitable.”
Hayman emphasized that all of the stages in this process required a multifaith effort, with Jews and non-Jews performing different roles while moving towards a mutual goal.
“The people of Israel are returning to their roots while simultaneously the non-Jews of the world are realizing the authenticity of our claim to the Temple Mount and our right to build a Jewish Temple as a House of Prayer for All Nations,” Hayman explained.
“These processes are codependent. It depends on the Jews, our actions, but the non-Jews are an essential part of the process.”
“Our task is to act as priests to make the whole world holy,” Hayman said, citing Exodus.

You shall be to Me a kingdom of priests and a holy nation. Exodus 19:6

“That will only happen in a Temple in Jerusalem,” he emphasized. “The next step, the most important step, must be taken by the Jews. We need to begin going up to the Temple Mount is massive numbers. Once we do that, the Temple is the next inevitable step.”
He noted that Trump’s personality is uniquely suited for the role of the non-Jewish leader who begins the Messianic process.
“There is something very special and holy in Trump,” Hayman said. “Sometimes, he appears coarse and not connected to religion, but every time he addresses the nation he speaks about God. Last night, he said his motivation for recognizing was Jerusalem was because it was the right thing to do. That is precisely how a leader guided by God should speak.”
Rabbi Hillel Weiss, spokesman for the nascent Sanhedrin, was cautiously optimistic.
“One year ago, the Sanhedrin called on Trump to build the Temple as Cyrus did 2,000 years ago,” Rabbi Weiss told Breaking Israel News. “He has clearly moved in this direction but there is still a long way to go and many pitfalls that could prevent that from happening.”
“Trump is facing enormous political pressures,” Rabbi Weiss noted. “The borders of Jerusalem are still open to negotiation. The Temple Mount is still not a settled issue and the United Nations is working hard at trying to convince the world the Jews have no place there. If Trump is to succeed, the Jews have to come together in unity in order for him to remain strong.”
Credit to breakingisraelnews.comRead more at https://www.breakingisraelnews.com/99002/trumps-jerusalem-declaration-next-step-third-temple/#Qctzdo4eJR5sXkvL.99

Bitcoin Bubble: Is Bitcoin Going To $1 Million Or Is it Going To Zero? 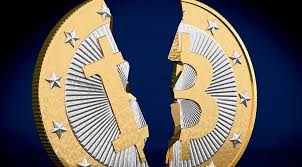 The price of Bitcoin continues to rise at an exponential rate, and the financial world is in a complete state of shock.  Just yesterday, I marveled that the price of Bitcoin had surged past the $13,000 mark for the first time ever, but then on Thursday it actually was selling for more than $19,000 at one point.  As I write this, Bitcoin is sitting at $16,877.42, but a few hours from now it could be a couple of thousand dollars higher or lower than that.  Those that got in early on “the Bitcoin revolution” have made extraordinary amounts of money, and many believe that this is just the beginning.
Of course many of the most respected names in the financial world were convinced that this would never happen.  For example, back in 2014 Warren Buffett encouraged investors to “stay away” because he believed that Bitcoin was a “mirage”.  And not too long ago JPMorgan Chase CEO Jamie Dimon said that “if you’re stupid enough to buy it, you’ll pay the price for it one day”.
But for now, it is Bitcoin investors that are having the last laugh.  If you would have gotten into Bitcoin back at the beginning of this year, your investment would be worth 16 times as much today.  The following comes from CNN…

Bitcoin cracked $1,000 on the first day of 2017. By this week, it was up to $12,000, and then it really took off: The price topped $16,000 on some exchanges Thursday, and $18,000 on at least one. Other cryptocurrencies have seen similar spikes, though they trade for much less than bitcoin.
There’s a long list of factors people may point to in an attempt to explain this. Regulators have taken a hands-off approach to bitcoin in certain markets. Dozens of new hedge funds have launched this year to trade cryptocurrencies like bitcoin. The Nasdaq and Chicago Mercantile Exchange plan to let investors trade bitcoin futures, which may attract more professional investors.

At this point, Bitcoin has a market cap of approximately 280 billion dollars, and that means that if it was a stock it would “rank among the 20 largest stocks in the S&P 500“.
To put this another way, Bitcoin’s market cap is now greater than the GDP of the entire nation of Greece.
Earlier today, Zero Hedge posted a chart that showed how meteoric Bitcoin’s rise has been…
So where is Bitcoin headed next?
Whenever we see anything go up this fast, it is inevitable that there will be a pullback, and that is precisely what we are witnessing at the moment.  After soaring past the $19,000 mark, Bitcoin dropped back to under $17,000.  But this pullback could just be temporary, and there are some that are absolutely convinced that Bitcoin will blow well past the $20,000 mark by the end of December.
In the long-term, experts such as John McAfee and James Altucher believe that the price of Bitcoin will reach one million dollars.  But there are others that believe that Bitcoin is one of the biggest financial bubbles in history and that it will eventually end in an absolutely horrible crash.
So who is correct?
Well, it is entirely possible that both sides are correct.
Bitcoin could theoretically continue to skyrocket for the next few years if the economy remains somewhat stable.  And it is also true that given a long enough time frame, virtually every financial investment goes to zero.
Just like every other financial investment, the key is to get in at the right time and to get out at the right time.
For now, Bitcoin has sparked a worldwide craze that is absolutely unprecedented.  The following comes from the Washington Post…

Such warnings have not stopped the craze surrounding the currency as the sharp rise in value creates ever more demand. In South Korea, people are pouring their life savings into bitcoin and other digital currencies. In Venezuela, after observing the rise of bitcoin, the government announced it would launch its own virtual currency called the “Petro” to get around U.S. sanctions.

And of course Bitcoin has spawned a whole host of competitors.  At this point there are more than 1,000 virtual currencies in existence, and that number is constantly growing.
To me, this whole phenomenon is absolutely amazing.  Bitcoin and other cryptocurrencies are digital creations, and they don’t have any real intrinsic value.
But something doesn’t have to have intrinsic value in order to be extremely expensive.  For example, a single painting by Pablo Picasso once sold for more than 100 million dollars.  You and I may consider it to be just a silly painting, but because there are people out there that are willing to pay more than 100 million dollars for it, that is how much it is worth.
The same thing is true with cryptocurrencies.  At this moment there are people willing to pay more than $16,000 for a single Bitcoin, and therefore that is what it is selling for.
Someday if this craze fades or global governments really start cracking down on cryptocurrencies, things could change very, very rapidly.  So anyone that is considering investing should be aware of the risks.
But for the moment Bitcoin is on a wild ride, and it has been fun to watch.  And since Bitcoin and other cryptocurrencies are not controlled by the authorities, it is easy to root for them to be successful.
However, now that they are getting so much attention it is inevitable that the heavy hand of government will come down hard at some point.  In the end, government usually ends up ruining just about everything, and I have a feeling that cryptocurrencies will be no exception.
Credit to Zero Hedge