AI POLICE STATE: China to Use Tech to Predict Crimes BEFORE They Happen 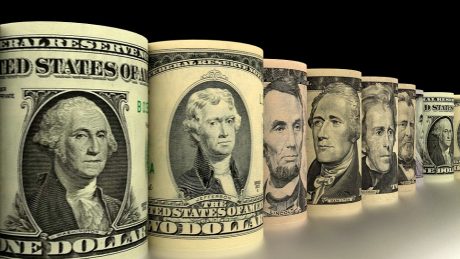 We are living in the greatest debt bubble in the history of the world.  In 1980, total government and personal debt in the United States was just over the 3 trillion dollar mark, but today it has surpassed 41 trillion dollars.  That means that it has increased by almost 14 times since Ronald Reagan was first elected president.  I am searching for words to describe how completely and utterly insane this is, but I am coming up empty.  We are slowly but surely committing national suicide, and yet most Americans don’t even understand what is happening.
According to 720 Global, total government debt plus total personal debt in the United States was just over 3 trillion dollars in 1980.  That broke down to $38,552 per household, and that figure represented 79 percent of median household income at the time.
Today, total government debt plus total personal debt in the United States has blown past the 41 trillion dollar mark.  When you break that down, it comes to $329,961.34 per household, and that figure represents 584 percent of median household income.
If anyone can make a good argument that we are not in very serious debt trouble, I would love to hear it.
And remember, the figures above don’t even include corporate debt.  They only include government debt on the federal, state and local levels, and all forms of personal debt.
So do you have $329,961.34 ready to pay your share of the debt that we have accumulated?
Nobody that I know could write that kind of a check.  The truth is that as a nation we are flat broke.  The only way that the game can keep going is for all of us to borrow increasingly larger sums of money, but of course that is not sustainable by any definition.
Eventually we are going to slam into a wall and the game will be over.
One of my pet peeves is the national debt.  Our politicians spend money in some of the most ridiculous ways imaginable, and yet no matter how much we complain about it nothing ever seems to change.
For example, the U.S. military actually spends 42 million dollars a year on Viagra.
Yes, you read that correctly.
42 million of your tax dollars are being spent on Viagra every year.
And overall spending on “erectile dysfunction medicines” each year comes to a grand total of 84 million dollars…

According to data from the Defense Health Agency, DoD actually spent $41.6 million on Viagra — and $84.24 million total on erectile dysfunction prescriptions — last year.
And since 2011, the tab for drugs like Viagra, Cialis and Levitra totals $294 million — the equivalent of nearly four U.S. Air Force F-35 Joint Strike Fighters.

Is this really where our spending on “national defense” should be going?  We are nearly 20 trillion dollars in debt, and yet we continue to spend money like there is no tomorrow.  For much more on the exploding size of our national debt and the very serious implications that this has for our future, please see my previous article entitled “Would You Like To Steal 128 Million Dollars?”
I didn’t think that our debt bubble could ever possibly get this big, but I didn’t think that our stock market bubble could ever possibly get quite get this large either.  For a few moments, I would like for you to consider a list of facts about this stock market bubble that was recently published by Zero Hedge…
Our financial markets are far more primed for a crash than they were in 2008.
The only times in our entire history that are even comparable are the late 1920s just before the infamous crash of 1929 and the late 1990s just before the dotcom bubble burst.
A whole lot of people out there seem to be entirely convinced that things will somehow be different this time.  They seem to believe that the laws of economics no longer apply and that we will never pay a significant price for decades of exceedingly foolish decisions.
Overall, the world is now 217 trillion dollars in debt.  Earlier this year, Bill Gross raised eyebrows when he said that “our highly levered financial system is like a truckload of nitro glycerin on a bumpy road”, and I very much agree with him.
There is no way that this is going to end well.  Yes, central bank manipulation may be enough to keep the party going for a little while longer, but eventually the whole thing is going to come crashing down in a disaster of unprecedented magnitude.
Credit to Economic Collapse

Our Sun is Being Invaded By Stellar Objects 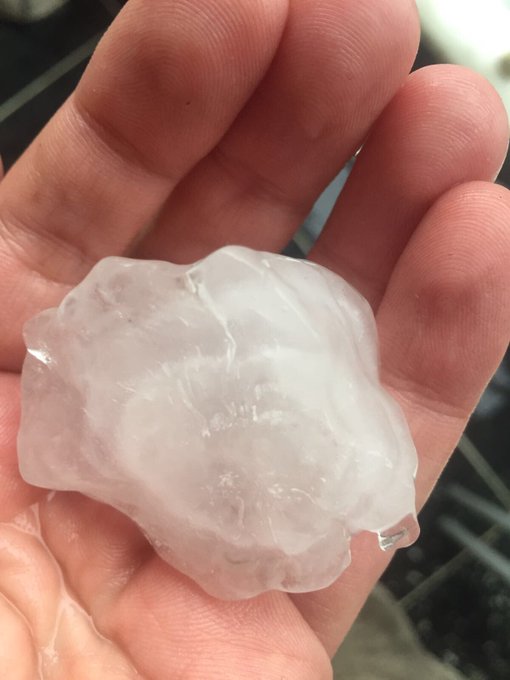 Rain, hail and high winds in Turkish city lead to floods, collapsed wall at cemetery and explosion at port

A severe summer storm in Istanbul has left at least three people injured, with heavy rain, hail and strong winds knocking down trees and a stone wall and flooding streets in the Turkish city.

The NTV television channel said part of a stone wall surrounding a cemetery for the Christian Armenian community had been demolished in Thursday’s storm, hurting two people. Footage showed rescue crews and residents helping each other to remove the stones, looking for people who may have been trapped beneath the rubble.

Winds also toppled a large crane that landed on oil barrels at a port, causing an explosion and a fire, the state-run Anadolu Agency reported. At least one person was injured in the fire, which was later brought under control. A small depot also caught fire after being hit by lightning. 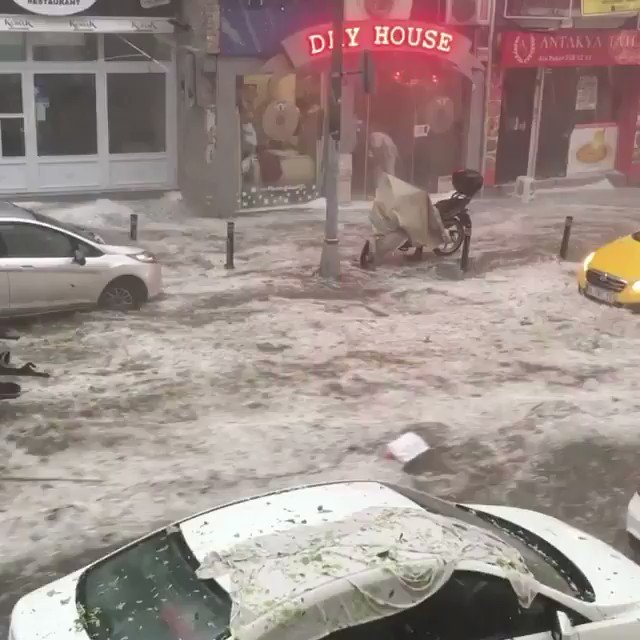 Heavy rainfall disrupted the evening rush hour traffic, stranding vehicles in flooded streets. Delays were reported at Istanbul’s main airport and some planes were diverted to other airports.

NTV showed people leaving a bus that was stranded in a flooded underpass and walking to safety through waist-high waters. Hail stones the size of golf balls damaged some windows and car windshields.

Turkish authorities temporarily closed down the Eurasia road tunnel, which connects Istanbul’s Asian and European sides under the Bosphorus strait, as a precaution.

It was the second time in 10 days that heavy rain inundated the streets of Istanbuland caused havoc in the metropolis.

Credit to theguardian.com
https://www.theguardian.com/world/2017/jul/27/people-injured-as-summer-storm-strikes-istanbul-turkey-floods
Posted by Unknown at 8:00 AM No comments: Links to this post