The RAND Corporation Calls For War With China

This is How Bad It Will Get, Soon (Dave Hodges Interview PT2)

LA Marzulli Mark of the Beast

Email ThisBlogThis!Share to TwitterShare to FacebookShare to Pinterest
Labels: L. A. Marzulli

It's been 16 months since the European Central Bank began its voyage into the unknowable in March 2015, and as The FT notes, this week marks a milestone - it has now purchased over EUR 1 trillion in government (and corporate) bonds since it began QE.

The ECB buys bonds through the eurozone’s national central banks and in line with a member state’s overall contribution to eurozone GDP.

Among its three largest economies, the ECB has snapped up a total of €238bn in German Bunds, €189bn in French paper, and €164bn in Italian bonds since last March.

The ECB will be meeting for its lateset monthly policy decision on Thursday and is poised to announce a six-month extension to its QE programme until September 2017.

According to estimates from Credit Agricole, the ECB will have hoovered up over half the eligible universe of government debt by the end of the year, forcing policymakers to tweak their QE rules in a bid to keep hitting its €80bn a month purchase target.

The trillion euro surge is driving the ECB's balance sheet up towards The Fed's...

The big problem is - it's not helping the real world...

But don't expect it to stop anytime soon. If the following utterly insane words from another ECB member show...
*ECB'S NOWOTNY: MON POLICY PROVED `MORE POTENT' THAN THOUGHT
*ECB'S NOWOTNY: EUROSYSTEM HAS SHOWN IT CAN ALWAYS DO MORE

Simply put - it's either pure propaganda-driven lies or the people pulling the strings are blinded by faith and aiming for the cognitively dissonant world record. 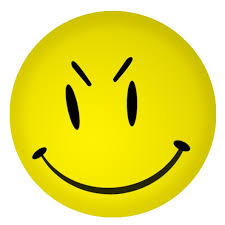 Wal-Mart Stores Inc. plans to cut thousands of back-office positions around the country, a sign that the retailer’s effort to make its cavernous stores more efficient is also changing the face of its workforce.

The largest private employer in the U.S. is eliminating about 7,000 store accounting and invoicing positions over the next several months. The jobs are mostly held by long-term employees, often some of the highest paid hourly workers in stores. The retailer wants those employees working with shoppers, not in backrooms, say company executives. Centralizing or automating most of their current tasks is more efficient, they say.

The back-office cuts to Wal-Mart’s 4,600 U.S. stores is a sign that retail workers—one of the largest employee cohorts in America—face big changes as their employers spend heavily to compete with Amazon.com Inc. and grab foot traffic from other chains.


The European Union will not release a new bailout tranche to Greece in September, according to EU diplomats cited by the German daily Handelsblatt Global.

Athens has reportedly managed to implement only two out of 15 reforms previously agreed with its international creditors. Moreover, the country has slowed down the privatization process of its public assets.

Under the terms of the bailout deal signed in 2015, the international lenders including the International Monetary Fund, the European Central Bank and the eurozone were to provide €86 billion in aid by 2018 in return for ultra-unpopular austerity measures in the country.

The reforms include tax hikes, pension cuts, as well as the privatization of public assets. Greece was obliged to bring in a primary budget surplus to 3.5 percent of GDP by 2018.

Earlier this year, the Greek government led by Alexis Tsipras approved the requested measures despite huge waves of public protests across the country. The reforms were centered around taxes on alcohol, tobacco, fuel, internet usage, cars, hotel stays, as well as an increase in the basic value-added tax rate from 23 to 24 percent.

The voted measures also aimed to start a privatization fund to ease the sale of public companies, as well as to free up the sale of non-performing loans by national lenders.