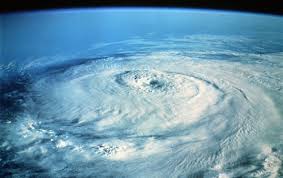 NASA has been warning about it…scientific papers have been written about it…geologists have seen its traces in rock strata and ice core samples…
Now "it" is here: an unstoppable magnetic pole shift that has sped up and is causing life-threatening havoc with the world's weather.
Forget about global warming—man-made or natural—what drives planetary weather patterns is the climate and what drives the climate is the sun's magnetosphere and its electromagnetic interaction with a planet's own magnetic field.
When the field shifts, when it fluctuates, when it goes into flux and begins to become unstable anything can happen. And what normally happens is that all hell breaks loose.
Magnetic polar shifts have occurred many times in Earth's history. It's happening again now to every planet in the solar system including Earth.
he magnetic field drives weather to a significant degree and when that field starts migrating superstorms start erupting.
The superstorms have arrived
The first evidence we have that the dangerous superstorm cycle has started is the devastating series of storms that pounded the UK during late 2010.
On the heels of the lashing the British Isles sustained, monster storms began to pummel North America. The latest superstorm—as of this writing—is a monster over the U.S. that stretched across 2,000 miles affecting more than 150 million people.
Yet even as that storm wreaked havoc across the Western, Southern, Midwestern and Northeastern states, another superstorm broke out in the Pacific and closed in on Australia.

hostgator coupon 2011
Posted by Unknown at 6:00 PM No comments: Links to this post

Mr Kissinger is virtually a speaker of the NWO....look what he has to say about Egypt.


hostgator coupon 2011
Posted by Unknown at 11:48 AM No comments: Links to this post


Iran's Revolutionary Guard have test-fired a supersonic ballistic surface-to-sea missile capable of hitting warships and targets within a 300km range.

hostgator coupon 2011
Posted by Unknown at 11:23 AM No comments: Links to this post

The widening probe of Wall Street insider trading nabbed four more hedge fund heavies who'd frantically tried to hide evidence, prosecutors said Tuesday.
As they saw the FBI closing in, the financiers directed each other to shred documents, destroy hard drives and dump everything else into the garbage, authorities alleged.
"So I just [expletive] ripped it apart right there...pulled the external drives apart," Connecticut-based trader Donald Longueuil told pal Noah Freeman, prosecutors said.
"Put 'em into four separate little baggies, and then at 2 a.m. ... threw the [expletive] in the back of like random garbage trucks."
It was for naught: Freeman was wearing a wire.
"The lengths to which two of these defendants went to cover their tracks sounds like something out of a bad movie," U.S. Attorney Preet Bharara said.
Longueuil and Freeman, who worked for SAC Capital Advisors, were charged along with two former Barai Capital Management execs, Samir Barai and Jason Pflaum, with a $30 million scheme to pay corporate insiders for nonpublic information.
Worried they'd been uncovered, the FBI said Barai sent an electronic message saying, "I think U just go into office ... shred as much as u can."
The busts are the latest in a growing investigation of hedge funds that's already clocked 46 arrests. "We are far from finished," Bharara said.
The investigation, disclosed in the fall, has concentrated on hedge fund managers who tried to harvest inside info about companies through contacts at a California research firm, Primary Global Research. The company boasted of its results, but authorities say it specialized in linking corrupt employees of companies who'd spill financial results or merger announcements to hedge fund managers eager for a trading edge.
FBI Assistant Director Janice Fedarcyk said, "When you are paying insiders for earnings data before it's announced, that isn't research. That's cheating."


hostgator coupon 2011
Posted by Unknown at 10:00 AM No comments: Links to this post

Archaeologists May Have Found Tomb of Prophet Zechariah

Archaeologists in Israel believe they may have stumbled upon the tomb of the biblical Prophet Zechariah in a newly discovered church.The church, which is more than 1,300 years old, contains massive marble columns as well as exquisite mosaics, the Israel Antiquities Authority said in a statement.Archaeologists believe that the church, uncovered in Hirbet Madras in central Israel, is the location marked on the Madaba Map as the tomb of Zechariah, according to Haaertz.


The Madaba map is an ancient mosaic map of the region that includes modern Israel. It was found in a sixth-century church in Jordan.


"The researchers believe that in light of an analysis of the Christian sources, including the Madaba Map, the church at Hirbet Madras is a memorial church designed to mark the tomb of the prophet Zechariah," the IAA said.The agency stressed that this is just a theory and requires more research for confirmation."This issue will be examined and studied in the near future," the IAA said.Zechariah is believed to have lived around 500 B.C., according to the website of the Vatican Museums. The book of Zechariah speaks of the return of the Jews from exile in Babylon as well as the coming of the Messiah.The archaeologists began excavating the site following a robbery there, Haaertz said. It was the first dig at the site, even though a piece of a doorway had been spotted poking out of the ground there in the 1980s.


Months of diggings led to the church, which is about the size of a basketball court.To the archaeologists' surprise, they found that the church sits on what looks like a structure from the Roman era, as well as a large complex of caves and tunnels used by Jewish rebels fighting the Romans during the Bar Kokhba revolt of A.D. 132.Besides the ancient church, archaeologists found coins, stone vessels, lamps and ancient pottery."There is no doubt the discovery is extraordinary and of great importance in terms of research, religion and tourism," the IAA said, according to Agence France-Presse.

hostgator coupon 2011
Posted by Unknown at 6:05 AM No comments: Links to this post