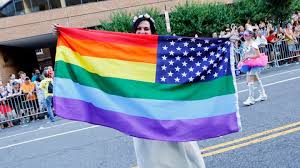 If California Democrats have their way, Christian colleges and universities will no longer be allowed to require students attend chapel services or require them to profess a relationship with Jesus Christ.

Senate Bill 1146 would close a loophole that lawmakers say allows Christian universities to discriminate against students based on their gender identity, gender expression or sexual orientation.

“All students deserve to feel safe in institutions of higher education, regardless of whether they are public or private,” said Senator Ricardo Lara, the author of the legislation. “California has established strong protections for the LGBTQ community and private universities should not be able to use faith as an excuse to discriminate and avoid complying with state laws.”

The legislation has already passed the Senate and is expected to clear hurdles in the Assembly. Thus far, Lara has refused to compromise with the state’s Christian colleges and universities.

“No university should have a license to discriminate,” he said in a statement.

If the loophole is closed, it would only exempt schools that prepare students for pastoral ministry.

“It discriminates against religious colleges, said John Jackson, the president of William Jessup University. “If we don’t play ball with state — the state will attempt to drive us out of existence.” The Danish People's Party (DPP) and the Red-Green Alliance (RGA) have renewed the demand for a vote on the Scandinavian nation’s membership of the Euro-bloc after the Leave camp’s success.

Leader of DPP, Kristian Thulesen Dahl, said Brussels had made its bed by underestimating the looming scepticism in Europe and now the Danish people must be given a chance to follow Britain out of the EU.

The right-wing politician said: “This shows that once against the EU completely underestimates people’s scepticism. The EU has made its bed.

“I also believe Danes should of course have a referendum on whether we want to follow Britain or stay in the EU.”

Mr Dalh’s call for a Danish referendum was echoed by the RGA, as its spokeswoman Pernille Skipper said she hoped the British people’s decision to leave would trigger a reform of the EU.

She said: “I hope Danish politicians take [Brexit] as a wake-up call. There is enormous scepticism among the population.

“Let us now have a referendum here as well.”

Britain has voted to leave the European Union. It's the biggest political upheaval in modern British history and it wouldn't have happened without Nigel Farage.
For years, the Establishment mocked and ignored the Ukip leader, but he is the man who put Britain's withdrawal from the EU on the agenda. His  party, once dismissed by Michael Howard as a collection of "cranks and political gadflies", forced the Prime Minister to call the referendum.
Brexit: The UK votes to leave the European UnionPlay!01:05
And when the referendum came, David Cameron told us we had a choice between his Britain and Nigel Farage's. Britain chose Mr Farage's vision.
The result has ensured David Cameron will go down in the history books as the Prime Minister who failed to take voters with him on the future of their country, with over 17.4 million people rejecting him by choosing Leave. He was once feted for winning last year's general election, but that victory - with 11.3 million voting for him - has been dwarfed by this defeat.
Brexit: Farage calls June 23 the UK's Independence dayPlay!02:28
By contrast, Nigel Farage will be remembered as the man the British people chose to follow. His entire political career has led up to  what he calls "our independence day".
The Brexit vote is even more remarkable for Mr Farage as his enemies gambled on his image being toxic enough to ensure voters recoiled from the prospect of leaving the EU.  They sought to place him front and center in voters' minds, asking them to reject the offer of "Farage's Britain" and making sure they were aware of every controversial utterance or poster he had made.
Farage on Breaking Point poster: I can't apologise for the truthPlay!01:03
A variety of polls suggested this could work, as they found he tended to put off more voters than he attracted. This led me to describe him as a "bomb" that could "blow up in the Leave campaign's face", but Mr Farage refused to give the Remain campaign that pleasure. The Ukip leader stuck doggedly to spreading the Brexit message around the country.
Farage: I can't guarantee EU money will go on the NHSPlay!01:19
He even adopted some of Vote Leave's language, urging voters to "take back control" of their country. He initially feared that Leave had lost the day once polls closed, and was doubtless preparing to fight to stay Ukip leader in that event, but he swiftly changed tack as the results showed that the night would go his way.
“If he gets us out of the European Union, they should put the man in Westminster Abbey, he’d deserve a ‘Farage Corner’!”
David Coburn MEP, 2014


Mr Farage is already regarded with reverence by Ukip members, and his work to secure Brexit will ensure his apotheosis. Ukip MEP David Coburn once told me that Mr Farage deserved to be honoured in Westminster Abbey if he did this.
While this may not be on the cards just yet, he referendum result will guarantee Nigel Farage a place in history as the man who led Britain out of the European Union. 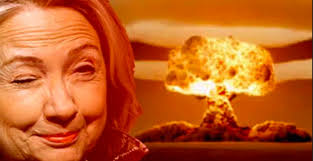 Yesterday, I published a post warning readers about the increasingly dangerous situation on the ground in Syria, and detailed why a Hillary Clinton presidency will quickly usher in World War 3. Here it is in case you missed it: Is the Syrian War About to Experience a Major Escalation?
Meanwhile, the always excellent Glenn Greenwald published a piece at the Intercept which further proves the point. What follows are a few disturbing excerpts from his article, Hillary Clinton’s Likely Pentagon Chief Already Advocating for More Bombing and Intervention:

Michele Flournoy, the former Defense Department official whom Defense One calls “the woman expected to run the Pentagon under Hillary Clinton,” this week advocated for “sending more American troops into combat against ISIS and the Assad regime than the Obama administration has been willing to commit.” In an interview with that outlet, Flournoy “said she would direct U.S. troops to push President Bashar al-Assad’s forces out of southern Syria and would send more American boots to fight the Islamic State in the region.” She had previously “condemned the Obama administration’s ISIS policy as ineffectual,” denouncing it as “under-resourced.”

This week, Flournoy specifically advocated what she called “limited military coercion” to oust Assad. In August 2014, Obama announced what he called “limited airstrikes in Iraq” — and they’re still continuing almost two years later. Also note the clinical euphemism Flournoy created — “military coercion” — for creating a “no-bomb zone” that would entail “a declaratory policy backed up by the threat of force. ‘If you bomb the folks we support, we will retaliate using standoff means to destroy [Russian] proxy forces, or, in this case, Syrian assets,’” she said. Despite D.C. conventional wisdom that Obama is guilty of “inaction” in Syria, he has sent substantial aid, weapons, and training to Syrian rebels while repeatedly bombing ISIS targets in Syria.

No amount of war and destruction is never enough for these people.

Even U.S. military officials have said that these sorts of no-fly or no-bomb guarantees Flournoy is promising — which Hillary Clinton herself has previously advocated — would risk a military confrontation with Russia. Obama’s defense secretary, Ash Carter, told a Senate hearing last December that the policy Clinton advocates “would require ‘substantial’ ground forces and would put the U.S. military at risk of a direct confrontation with the Syrian regime and Russian forces.” Nonetheless, the Pentagon official highly likely to be Clinton’s defense secretary is clearly signaling their intention to proceed with escalated military action. The carnage in Syria is horrifying, but no rational person should think that U.S. military action will be designed to “help Syrians.”

But the fact that Hillary Clinton has a history of advocating more war and killing and support for heinous regimes and occupations is the one thing Democratic pundits have, with remarkable message discipline, completely ignored. From Bernie Bros to Sanders’ Secret Service costs to Hillary’s kick-ass, mic-dropping, slay-queen tweets, they’ve invented the most embarrassingly childish and trivial distractions to ensure they don’t have to talk about it. But now Clinton’s almost-certain defense secretary is already — months before she’s in power — expressly advocating more war and bombing and dangerous interventions. That makes the costs of a Clinton foreign policy — at least for those who assign any value to lives outside of American soil — much harder, and more shameful, to ignore.

So are you ready?

The Economy Is Fine If You Believe In The Illusion