Romans gripped by fear of quake forecast for May 11 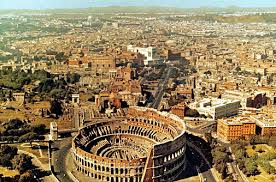 ROME (Reuters) - If tourists find Rome unusually quiet next Wednesday, the reason will probably be that thousands of locals have left town in fear of a devastating earthquake allegedly forecast for that day by a long-dead seismologist.

For months Italian internet sites, blogs and social networks have been debating the work of Raffaele Bendandi, who claimed to have forecast numerous earthquakes and, according to internet rumours, predicted a "big one" in Rome on May 11.

Yet many residents of the Eternal City aren't listening.

"I'm going to tell the boss I've got a medical appointment and take the day off," barman Fabio Mengarelli told Reuters. "If I have to die I want to die with my wife and kids, and masses of people will do the same as me."

Chef Tania Cotorobai also said she would be taking a day off in the country. "I don't know if I really believe it but if you look at the internet you see everything and the opposite of everything, and it end up making you nervous," she said.

Memories are still vivid of the 2009 earthquake in L'Aquila, which killed more than 300 people and was also felt in Rome.

On that occasion controversy also swirled around a scientist, Giampaolo Giuliani, who in the preceding days tried to warn the local population of an imminent quake -- though officials say he was wrong about its precise location.More:
http://af.reuters.com/article/oddlyEnoughNews/idAFTRE7461PR20110507

Fannie Mae asked the government Friday for an additional $8.5 billion in aid after declining home prices caused more defaults on loans guaranteed by the mortgage giant.

The company said it lost $8.7 billion in the first three months of the year. Those losses led Fannie to request more than three times the federal aid it sought in the previous quarter. The total cost of rescuing the government-controlled mortgage buyer is nearing $100 billion — the most expensive bailout of a single company.

Combined with the bailout of sibling company Freddie Mac, the government expects their rescue to cost taxpayers about $259 billion. That money will cover the mortgage giants' losses on soured loans made in the midst of the housing bubble.

Home prices declined on average 1.8 percent across the country during the January-March quarter, Fannie Mae said. That led to more foreclosures and to homeowners abandoning houses that were worth less than they owed on their mortgages.

"We expect our credit-related losses to remain elevated in 2011 as we continue to be negatively impacted by the prolonged decline in home prices," President and CEO Michael Williams said in a statement.

The losses incurred in the first three months of the year are related to loans that were extended before 2009, Fannie Mae said. The company expects to make money on home loans that it acquired since January 2010.

The companies nearly toppled because of losses on risky mortgages that they purchased between 2005 and 2008. They tightened their lending standards after those loans started to go bad.

Fannie and Freddie buy home loans from banks and other lenders, package them into bonds with a guarantee against default and sell them to investors around the world.

When property values drop, homeowners default — either because they are unable to afford the payments or because they owe more than the property is worth. Because of the guarantees, Fannie and Freddie must pay for the losses.

Fannie Mae, based in Washington, and Freddie Mac, based in McLean, Va., own or guarantee about half of all mortgages in the U.S., or nearly 31 million home loans worth more than $5 trillion. Along with other federal agencies, they backed nearly 90 percent of new mortgages over the past year.

Switzerland threatens to clamp down on tax exiles 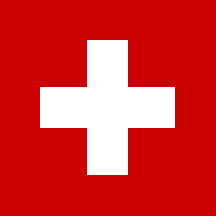 A raft of Swiss cantons are holding public referendums to abolish the tax deals for rich foreigners. On Sunday, Thurgau will vote on whether to scrap the deals. Another five cantons are set to hold similar referendums over the next few months.

La Gauche, Switzerland's left-wing party, has started a petition to abolish tax deals for rich foreigners across the whole country. The centre-left Social Democrats and the Green party have also come out in favour of abolition.

Zurich, the country's business and financial centre, abolished the favourable arrangements for foreigners two years ago. The change prompted an exodus of 46pc of foreign tax exiles.

Unpopular tax hikes in Britain, in particular the 50pc higher rate income tax, have led to a steady stream of hedge fund managers, bankers and business owners moving to Switzerland. At the same time, the Swiss offered increasingly attractive and simple tax packages to individuals and businesses to encourage the moves.

Google, Kraft and IBM have all chosen Zurich as their European headquarters.


Homosexual men are more likely to have had cancer than heterosexual men, a US study has suggested.

The study of more than 120,000 people in California has led to calls for more specialist support.

Lesbians and bisexual women also had poorer health after cancer than heterosexuals, according to research published in the journal Cancer.

Cancer Research UK said more research was needed as the reasons for any difference were unclear.

Gay men were twice as likely to have been diagnosed with cancer as straight men and, on average, it happened a decade earlier.

America's College Bubble Next to Burst

The National Inflation Association (NIA) is pleased to officially announce that it will soon be releasing its hour long documentary 'College Conspiracy', which will expose the U.S. college education system as the largest scam in U.S. history. NIA has been producing 'College Conspiracy' for the past six months and plans to release the movie on May 15th. NIA members will be given the first opportunity to watch this must see documentary, which we hope will change the college education industry for the better.

NIA expects 'College Conspiracy' to take college education by storm and expose the facts and truth about tuition inflation to prospective college students. Almost everybody applying to college has heard the oft-repeated statistic that Americans with college degrees earn $1 million more in lifetime income than high school graduates without a degree. This is one of those statistics that gets repeated so many times that just about everybody accepts it as fact, but nobody actually does the research to confirm whether or not it is true. 'College Conspiracy' will prove once and for all if indeed this so-called statistic is true or just a myth.

If 70.1% of high school graduates enroll in a college or university, how does a college degree give you an advantage over the rest of the population? Back in the early 1960s, Americans didn't need to go to college. We were a creditor nation with a strong manufacturing base. With an unemployment rate of only 5%, jobs were available to almost everybody. Less than 50% of American high school graduates enrolled into college. For those who did attend college and graduate with a degree, it was actually something special that made you stand out from the rest of the field, because not everybody had one.

American college tuition inflation has been out of control for the past decade. During the financial crisis of late-2008/early-2009, almost all goods and services in America at least temporarily declined in price. The only service in America that continued to rise in price throughout the financial crisis, besides health care, was college education. Despite real unemployment in America reaching 22%, students were brainwashed into believing that if they were lucky enough to be blessed with the privilege to get half a million dollars into debt to obtain a college degree, they will be on a path to riches and have a guaranteed successful career; whereas those who don't attend college are destined to be failures in life.

The current college education bubble is one of the largest bubbles in U.S. history. The college bubble has been fueled by the U.S. government's willingness to give out cheap and easy student loans to anybody who applied for them, regardless of if they will ever have the ability to pay the loans back. Student loan debt in America is now larger than credit card debt, but unlike credit card debt, student loan debt can't be discharged in bankruptcy.

During the 1970s, college students were able to afford their own college tuition without getting into any debt, simply by working a part-time job year round or by working a full-time job during the summer. Not only that, but most college students were also able to afford their own car and a small apartment. However, since 1970, Americans have experienced a 50% decline in their standard of living due to the Federal Reserve's dangerous and destructive monetary policies. You never heard of parents setting up college savings accounts for their children 40 years ago, but thanks to the Federal Reserve, this has become the norm.

The biggest competitive threat to Wal-Mart today in terms of market cap ($192 billion) is not Target ($35 billion) like you might think, but is actually Amazon.com ($89 billion). Wal-Mart is able to offer the lowest prices out of all brick and mortar retailers, because of the size and scope of the company, which allows them to be profitable even at extremely low gross margins. However, while Wal-Mart's stock price is only up 16% from where it was exactly 5 years ago, Amazon.com's stock price is up 470% during this same time period.

Amazon.com's stock price has risen by a 29 times higher percentage than Wal-Mart due to the fact that they sell their products over the Internet with substantially less overhead costs. NIA believes that the future of college education is over the Internet and that Americans in the future will be able to receive a better quality education from the best professors from all around the world at only a fraction of the cost of a traditional brick and mortar college education.

For the vast majority of college courses, there is absolutely nothing that students can learn in a huge multi-million dollar lecture hall with hundreds of other students that they can't learn at home listening to that same professor on a computer. The only reason online colleges haven't taken off yet in America and still have less than a 1% market share of U.S. higher education is because America has a college-industrial complex that cares only about profits and not educating students. The people who control the system simply don't want the system to change, because they are making way too much money by turning American students into indentured servants.

Back in the 1980s when Americans graduated high school, they would get hundreds of thousands of dollars into debt to buy a house. Today, millions of Americans have mortgage-sized debts, but still live with their parents. All they have is a piece of paper called a college degree, that is rapidly declining in value even faster than tuitions are skyrocketing in price.