With all the hoopla about missing airplanes, renewed wars of the cold variety, and rigged markets, it is easy to forget that America is now officially a totalitarian state of the Orwellian kind, where the population has - involuntarily - ceded all of its privacy in exchange for... something. Because it certainly isn't security. So we are happy to provide a reminder of just this, especially since as BusinessWeek notes, it gets harder to keep track of all the bizarre ways the National Security Agency has cooked up to spy on people and governments. This may help.
Data in Motion
NSA’s spies divide targets into two broad categories: data in motion and data at rest. Information moving to and from mobile phones, computers, data centers, and satellites is often easier to grab, and the agency sucks up vast amounts worldwide. Yet common data such as e-mail is often protected with encryption once it leaves a device, making it harder—but not impossible—to crack.
Data at Rest
Retrieving information from hard drives, overseas data centers, or cell phones is more difficult, but it’s often more valuable because stored data is less likely to be encrypted, and spies can zero in on exactly what they want. NSA lawyers can compel U.S. companies to hand over some of it; agency hackers target the most coveted and fortified secrets inside computers of foreign governments.
Where the Data Goes
Much of the data the NSA compiles from all these efforts will be stored in its million-square-foot data center near Bluffdale, Utah. It can hold an estimated 12 exabytes of data. An exabyte is the equivalent of 1 billion gigabytes.
And some of the specific methods the NSA uses to spy on US citizens and the occasional offshore "terrorist":
The Stasi is spinning in its grave... with jealousy. The full interactive presentation can be found after the jump:

Credit to Zero Hedge
Posted by Unknown at 9:00 AM 2 comments:

A mere two weeks since former JPMorgan banker, Kenneth Bellando jumped to his death, Bloomberg reports that the former CEO of Dutch Bank ABN Amro (and his wife and daughter) were found dead at their home after a possible "family tragedy." This expands the dismal list of senior financial services executive deaths to 12 in the last few months. The 57-year-old Jan Peter Schmittmann, was reportedly discovered by his other daughter when she arrived home that morning. Police declined to comment on the cirumstances of his (and his wife and daughter's) death.This is not the first C-level ABN Amro banker to be found dead. In 2009, former CFO Huibert Boumeester was discovered with (assumed self-inflicted) shotgun wounds.

“The bodies of a father and mother and their daughter were found at the property” in the town of Laren, 32 kilometers (20 miles) southeast of Amsterdam, Dutch police said in a statement on their website today. Leonie Bosselaar, a police spokeswoman, said in a telephone call with Bloomberg News that the deceased were Schmittmann and two family members.

The police received a call around 10:30 a.m. local time from a family acquaintance who said something may be wrong at the property, according to the statement. Bosselaar declined to comment further on what may have happened.

The Dutch newspaper AD reported, without citing anyone, that the family was discovered by Schmittmann’s second daughter when she arrived home this morning. She was scheduled to travel to India with her parents, where she had an internship lined up, the newspaper said.

Schmittmann, 57, joined ABN Amro in 1983 as assistant relationship manager and was named head of the lender’s Dutch unit in 2003. He stepped down from the Amsterdam-based bank in December 2008, after the company was nationalized earlier that year.

Sadly, given recent trends, the default assumption is that it is suicide until proven otherwise which is just as disturbing from a sociological perspective. (on the bright side, at least as far as we know, we was not involved in HFT) but further to that, this is not the first ABN Amro seniot executve to be found dead. In 2009, Schmittmann's former CFO was found dead from shitgum wounds:

The former chief financial officer of Dutch bank ABN Amro has been found dead with shotgun wounds near his home in Surrey, the BBC has reported.

Huibert Gerard Boumeester was found dead yesterday, Sunday, with shotgun wounds, one week after being reported missing and “vulnerable”. Reports claim he was found with two shotguns which he had brought from his home, though Thames Valley Police say his death is currently being treated as "unexplained".

There are suggestions that Boumeester took his own life...

Japan to intercept any North Korea missile deemed a threat 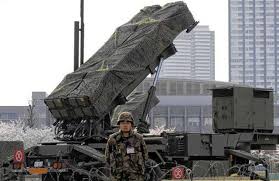 (Reuters) - Japan will strike any North Korean ballistic missile that threatens to hit Japan in the coming weeks after Pyongyang recently fired medium-range missiles, a government source said on Saturday.

Defense Minister Itsunori Onodera issued the order, which took effect on Thursday and runs through April 25, the day that marks the founding of North Korea's army, the source told Reuters on condition of anonymity.

Following the order, meant "to prepare for any additional missile launches," a destroyer was dispatched to the Sea of Japan and will fire if North Korea launches a missile that Tokyo deems in danger of striking or falling on Japanese territory, the source said.

Tensions have been building between North Korea and its neighbors since Pyongyang - in an apparent show of defiance - fired two Rodong missiles on March 26, just as the leaders of Japan, South Korea and the United States were sitting down to discuss containing the North Korean nuclear threat.

That first firing in four years of mid-range missiles that can hit Japan followed a series of short-range rocket launches over the past two months. The Rodong ballistic missiles fell into the sea after flying 650 km (400 miles), short of a maximum range thought to be some 1,300 km, Japan said.

Since then, North Korea has rattled sabres by firing artillery rounds into South Korean waters, prompting the South to fire back; South Korea has test-fired a new ballistic missile with a range of 500 km; and Pyongyang has threatened an unspecified "new form" of nuclear test.

At the same time, Japan and North Korea resumed talks - suspended since Pyongyang test-launched a long-range missile more than a year ago - over the North's nuclear and missile programs, as well as the fate of Japanese abducted in the 1970s and 1980s to help train North Korean spies.

Onodera has avoided publicly announcing the new missile-intercept order so as not to put a chill on those talks, Japanese media said.

He also did not deploy Patriot missile batteries that would be the last line of Defense against incoming warheads, the source told Reuters.

Japanese Aegis destroyers in the Sea of Japan are equipped with advanced radar equipment able to track multiple targets and carry missiles designed to take out targets at the edge of space.

Credit to Reuters
Posted by Unknown at 7:00 AM No comments: 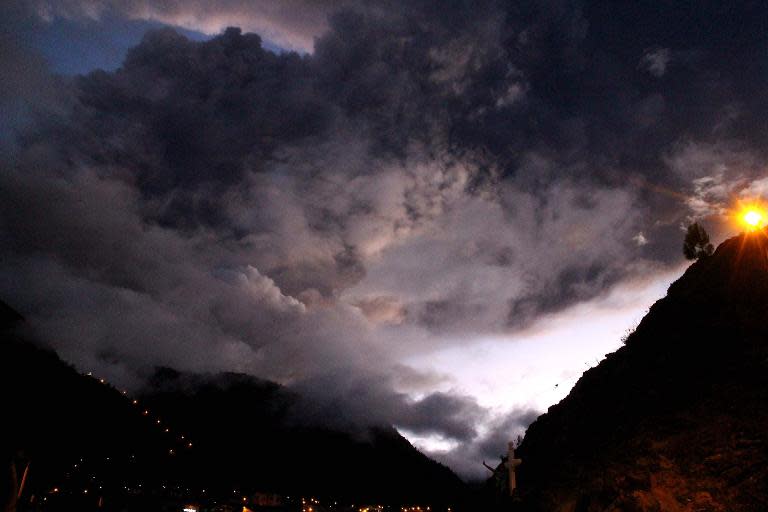