Once again, plans are in the works for a mega-merger between the Deutsche Börse stock market in Frankfurt and the New York Stock Exchange. With the NYSE set to be swallowed up, many in the US are skeptical. A growing wave of such mergers could result in fewer national stock exchanges in the future.

Duncan Niederauer appeared as calm as could be. The CEO of the New York Stock Exchange Euronext spoke serenely about annual results, turnover and loss margins. He spoke of significant investments in 2010 and said that, "in short, we believe 2011 should provide a better environment for doing business."

Niederauer's telephone conference with nine market analysts on Tuesday morning lasted exactly one hour. But the most interesting item on the 50-year-old's agenda was kept under wraps. Niederauer and his team said nothing about it and the questions from the otherwise-excellently-informed analysts made it clear that they were in the dark.

It was only the next day that the NYSE made the sensational news public. The announcement came prematurely, the result of rumors flying around the trading floors in Manhattan and Frankfurt. Yes, the NYSE and its primary European rival the Deutsche Börse confirmed in identical statements, it is true that a fusion is in the works. It is a merger that would result in the largest stock exchange in the world.

Originally, the merger was to be announced next week as a fait accompli. The talks had been conducted in the strictest of secrecy, complete with codenames and highly confidential documents. Two earlier merger attempts, after all, had failed -- one in 2009 and another in 2009. And the size of the deal made the negotiations particularly sensitive.

The talks of 2009 are said to have failed due to German fears of becoming little more than a branch of the NYSE, as largely happened to Euronext. That problem, however, looks to have been solved: Deutsche Börse stockholders are to receive 59 to 60 percent of the stock in the new company.

That, however, has resulted in consternation in New York. "The US shareholders lose their majority control," complained CNBC on Wednesday. UBS trader Art Cashin, an institution on the NYSE trading floor, also seemed unsure of the deal on Wednesday. He said that Niederauer's position as CEO would indicate that the NYSE would still have substantial influence. But, he complained, details of the looming deal are in short supply.

Still, many feel that the NYSE has a dark future should it remain solo. It is losing market share and classic stock trading is becoming less important. The attractive trading floor, constantly polished to a glistening shine, is a relict of the past and will soon disappear entirely.

The NYSE earnings statistics that Niederauer made public on Tuesday were anything but exhilarating. In the fourth quarter of 2010, profit was 21 percent lower than in the same quarter of the previous year, a result of the strengthening dollar and weak trade volumes on both continents.

Thousands of people marching illegally through Iran were targeted by police firing tear gas on Monday as the wave of Middle East revolution continued to spread beyond Egypt and Tunisia.


Eye witnesses spoke of shots being fired and scores of arrests as demonstrators in Tehran shouting "Death to the Dictator" approached Imam Hossein Square. One protester was shot dead and several were wounded by gunshots, the semi-official Fars news agency reported.
Across the region, opposition groups seized on the success of 18 days of protest in the Egyptian capital Cairo and across the country to make demands for more political rights.
In Sana'a, Yemen, several thousand people calling for President Ali Abdullah Saleh to step down before the end of his current term in 2013 hurled stones at police who were attacking them with batons. Bahrain police fired buckshot at demonstrators, and there were also protests in Iraq.
In Egypt, military police moved in to clear the last remaining protesters in Tahrir Square, who had pledged to remain to ensure the army kept its promise to hand over power to a democratic civilian regime. Those who resisted were carried away by force to waiting unmarked trucks.
But in place of pro-democracy protests, many government buildings were surrounded by striking workers demanding higher wages and the sacking of bosses perceived as corrupt or as cronies of the collapsed regime of Hosni Mubarak. 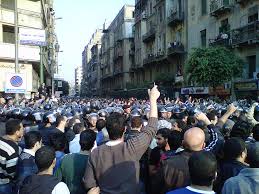 JERUSALEM – Members of a vast Hezbollah terrorist cell suspected of planning attacks against tourist sites and economic targets in the Suez Canal have escaped from Egyptian prison, according to informedEgyptiansecurity sources speaking to WND.
The event raises the prospect of further instability in the Suez region, which carries about 8 percent of global seaborne trade.


The cell was arrested in June 2009. At the time, Egypt's public prosecutor, Abdel-Magid Mohammed, announced the country had arrested 13 alleged Hezbollah agents on suspicion of planning attacks inside Egypt.


The agents are suspected of establishing a vast terrorist network in Egypt focusing ontargetsinside the country as well as aiding Hamas in the neighboring Gaza Strip.
According toEgyptiansecurity sources speaking to WND yesterday, 10 members of the cell, which the sources said included Iranian Revolutionary Guard members, escaped fromEgyptianprison in recent days amid chaos that has engulfed the nation and has distractedEgyptianforces.

A seniorEgyptiansecurity official, speaking from Cairo, told WND in 2009 his country had information Hezbollah cells – working with the Iranian Revolutionary Guard – had been coordinating terrorist activities inside Egypt with al-Qaida elements known to be present in the Sinai.


The accusation that Iranian-backed agents were working with al-Qaida could not be verified by Israeli security officials. If accurate, it would mark a major turning point for Hezbollah, which has openly clashed with al-Qaida over ideology. Hezbollah espouses a strict Shiite Islamic belief system, while al-Qaida adheres to fundamentalist Sunni Muslim beliefs.
Al-Qaida has been fingered in a string of major, deadly suicide bombings inside Egypt the past few years mostly targeting hotels and othertouristsites. TheEgyptiangovernment previously has admitted it was likely al-Qaida was still operating in the Sinai.
TheEgyptiansecurity official speaking to WND said the Hezbollah-Iranian agents in Egypt were working with al-Qaida to plot attacks againsttouristsites, particularly those known to be popular with Israelis.


According to separate informed security officials with direct knowledge of the situation, Hezbollah, working directly withIran, began setting up cells inside Egypt at least two years ago. The cells consisted of well over 80 agents, said the sources.
The goals of the cells operating inside the country include plotting to destabilize theEgyptianregime to advance Iranian interests, planning attacks againsttouristsites with Israeli casualties in mind, aiding Hamas in Gaza and establishing a base of Iranian operations along the strategic SuezCanal. 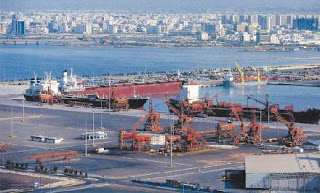 In an unprecedented move, two Iranian warships called in the Saudi port of Jeddah last week.

He also expressed hope the country can send message of peace and friendship to regional countries through dispatch of Iranian flotilla to strategic Red Sea, Gulf of Aden as well as friend and Muslim countries' ports including Jeddah port in Saudi Arabia.

"The Islamic Republic of Iran's navy is determined to continue presence in high seas to protect interest of the country and spread message of peace and security in sensitive northern Indian Ocean," he added.

Video animation and Blueprints of the Temple reveal

Rabbi Chaim Richman of the Temple Institute revealed to the public for the very first time detailed construction plans for the Chamber of Hewn Stone: the seat of the Great Sanhedrin which is a central component of the Holy Temple complex on the Temple Mount. These complete and highly intricate plans constitute the first stage of an historical undertaking of the Temple Institute: the drafting of blueprints for the entire Holy Temple complex. These plans, drawn up by a top Israeli architectural firm hired by the Temple Institute, take into account the specific requirements of the Sanhedrin assembly hall, known historically as the Chamber of Hewn Stone. At the same time these plans incorporate modern technological infrastructure necessary to a twenty-first century facility: this includes internet ports, wireless communications systems, computer data storage, elevators, air conditioning and underground parking. All these modern amenities, and many more, have been integrated into the Sanhedrin structure without compromising the integrity of the great assembly's physical or spiritual character. 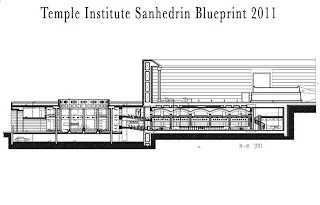 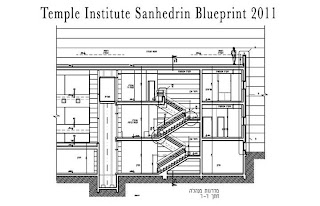 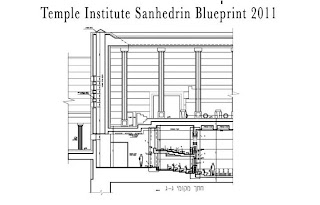 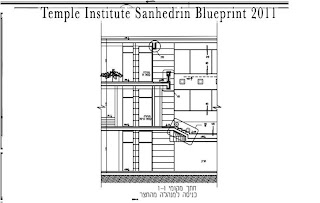 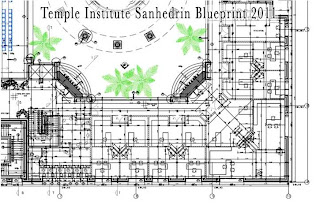 The pound strengthened against the euro before reports this week that may show inflation is gathering pace, reinforcing speculation that the Bank of England will raise interest rates this year to curb price growth.
Sterling appreciated against 11 of its 16 most-actively traded peers. Consumer prices probably rose 4 percent from a year earlier last month after gaining 3.7 percent in December, the fastest pace since November 2008, according to the median forecast of 30 economists polled by Bloomberg. The Office for National Statistics in London releases the inflation data tomorrow, while the central bank publishes its quarterly inflation report on Feb. 16.

“The pound remains resilient because the market is fearful of rate hikes coming sooner rather than later as a result of inflationary pressures,” said Adam McCormack, head of gilt sales at Barclays Plc in London.
The pound gained 0.7 percent to 84.03 pence per euro, its strongest intraday level since Feb. 7, before trading at 84.09 by 12:05 p.m. in London. Sterling lost less than 0.1 percent against the dollar to $1.5997.
Britain’s currency has gained 2.6 percent against the dollar and 1.9 percent versus the euro this year as speculation intensified that the central bank will need to raise borrowing costs for the first time since July 2007 to curb inflation.

Consumer price growth has exceeded the central bank’s 2 percent limit for more than a year, accelerating to 3.7 percent in December, equaling an April reading that was the highest since November 2008.

Short-sterling futures were unchanged, with the implied yield on the contract expiring in December steady at 1.71 percent. A lower yield would indicate investors are reducing bets that policy makers will increase borrowing costs.
Policy makers left their key rate at a record low 0.5 percent last week and maintained the central bank’s bond- purchase plan at 200 billion pounds ($320 billion). The bank’s decision was based on new quarterly economic forecasts, which will be presented by Governor Mervyn King on Feb. 16.
Business Secretary Vince Cable said he shares the view of the “doves” on the Bank of England’s Monetary Policy Committee, saying a rate increase would be “potentially very difficult” in the U.K.’s current economic climate, according to a Bloomberg Television interview airing today.
The yield on the 10-year gilt fell two basis points to 3.85 percent. The 4.75 percent security due March 2020 rose 0.15, or 1.5 pounds per 1,000 pound face amount to 106.84. Two-year gilt yields dropped four basis points to 1.52 percent.
The U.K. 10-year breakeven rate, an indication of investors’ inflation expectations over the life of the securities, derived from the yield gap between conventional and index-linked bonds, was unchanged at 3.24 percent.