Greece will leave the euro zone next year and the country's new currency will "immediately fall by 60 percent," according to Citi chief economist Willem Buiter.

Greek officials have repeatedly stressed that the country will be running out of cash by the end of June, after which it would be unable to make debt payments and pay civil wages and pensions. An election is scheduled for June 17 after inconclusive results of the May 6 polls meant a government could not be formed.

The Troika of international lenders — the European Union, the European Central Bank , and the International Monetary Fund — are waiting to see what government will result from the elections next month before disbursing more aid.

"The elections (on June 17th) will not produce a viable government that can follow the troika plan, leading to a stalemate between the Greek government and official creditors, and to the suspension of EFSF-IMF funding,” Buiter wrote in Citi's latest Global Economic Outlook.

However, analysts caution that a default wouldn’t automatically lead to an expulsion of Greece from the euro zone.

As UBS writes in a recent report: "There is plenty of precedent for defaulting inside a monetary union, so [a Greek] exit should not be assumed to be automatic."

But Citi explains a Greek exit from the euro zone is closely linked with its limited cash reserves, which may be depleted well before the year end: “A Greek EMU exit could be triggered by the government’s need to print money to cover its spending.”

Citi adds that Greece's new currency will immediately fall 60 percent versus the euro and “remain depreciated by 50 to 60 percent for the next five years.”

Based on this scenario, the bank believed that Greece’s real gross domestic product will shrink by about 10 percent in 2013. However, it could rebound by 4 percent to 5 percent in 2015-2016, as gains in cost competitiveness revive exports, especially tourism, Citi wrote.

Addressing Spain’s banking sector troubles, Citi expects “some kind of troika program for Spain to be agreed this year or in early 2013." Its main goal will be to fund a recapitalization of the banks, though there is a chance it could be used for the funding of the fiscal deficit as well, according to Citi.

On Thursday, Spain’s Prime Minister Mariano Rajoy reiterated the country had no “interest and no need” for a recapitalization of its banking sector through the European rescue fund.

CNBC
Posted by Unknown at 10:00 AM No comments: Links to this post 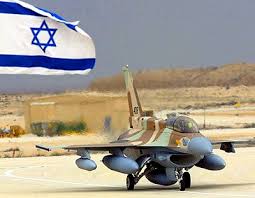 Israel has withdrawn its pledge to US President Barack Obama not to strike Iran’s nuclear sites before the November presidential election after he rejected its minimal demands for nuclear negotiations with Iran. This is reported exclusively by DEBKAfile’s Washington sources.

In public, Israeli ministers still talk as though they believe in results from the Six-Power talks with Iran, which Thursday May 24 limped into their second day in Baghdad with the parties still miles apart. But the presidential veto has essentially cast Israel outside the loop of influence on the outcome of diplomacy.
When Israeli Defense Minister Ehud Barak met US Defense Secretary Leon Panetta at the Pentagon on May 17 he was told that Obama had rejected Israel’s toned-down demands for Iran to at least to halt high-grade uranium enrichment, export its stocks of material enriched higher than 3.5 percent grade and shut down production at the Fordo nuclear plant near Qom. For six months, the Obama administration tried to sweeten the bitter pill of this rejection by bumping up security aid. The latest appropriation covered another $70 million for manufacturing more Iron Dome short-range missile interceptors.
After talking to Panetta, Barak turned to Secretary of State Hillary Clinton and National Security Adviser Tom Donilon in the hope of winning their support for softening Obama’s ruling. Clinton replied she was not involved in the negotiations with Iran and Donilon, that a personal decision by the president was not open to change.
A week of consultations followed the defense minister’s return home, during which it was decided to tear up Israel’s pledge to refrain from attacking Iran during the US presidential campaign. Wednesday, May 23, the day the Baghdad talks began, Barak signaled Washington to this effect.
It was conveyed in a little-noticed early morning radio interview with the defense minister. To make sure his words reached the proper address without misunderstandings, the defense minister’s office issued a verbatim English translation from the Hebrew:
"There is no need to tell us what to do, and we have no reason to panic. Israel is very, very strong, but we do know that the Iranians are accomplished chess players and will try to achieve nuclear capabilities. Our position has not changed. The world must stop Iran from becoming nuclear. All options remain on the table."

As the Baghdad talks went around in circles, Israel’s military option was put back firmly on the table and on the US-Iranian chessboard.

Email ThisBlogThis!Share to TwitterShare to FacebookShare to Pinterest
Labels: Ezekiel 38 and 39, Israel